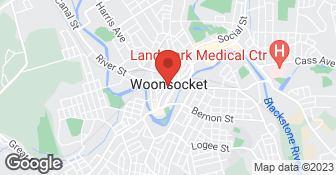 It's been very difficult to work with this company. They completed the work on 2/4. Since completion the whole downstairs of my home started smelling like soot. I called AES on 2/7 and scheduled the appointment for 2/11 to fix the issues. They blew the 2/11 appointment off by leaving a voice mail. They said I needed to get a damper and they would be happy to install it for $350. However I never had an issue with my damper or the soot smell until AES completed the work. Therefore I cancelled the $1,660 payment with my credit card company later that same week. I have called AES frequently since that time, many times every other day. All that happens is nobody picks up the phone or if they do, they say a service rep will call me but the rep never calls. At this point I'm getting pretty fed up with AES not responding and the soot smell getting worse. If they think they can fix it I would want them to, otherwise I'm left with no other option but to call someone else. I do not recommend AES to others.

We received a "cold call" from American Energy Savers at the beginning of December 2012. I explained at the time that, based on their quoted price, I might be interested in their services but, since I co-owned my house with my sister, I would have to speak to her and have her agreement in order to book them. They were no end of attentive while trying to track us down to set a date for the work to be done but we eventually settled on a window of time on the 12th of January, 2013 betwen 7 and 11am. I received a confirmation phone call the night before and set my alarm for early Saturday morning to be up on time for them. Saturday morning came and I waited for more than four hours for the workmen to arrive but, when they finally did, well past the end of that window, I explained to them that I had other comittments for the day and could not stay around for an additional three to four hours for the scheduled work. The workmen were perfectly nice and professional and apologized saying tht they had not been apprised of the time they were expected. So I sent them away, without doing the work, and planned to call the company to complain and reschedule. However, I got tied up with my other comittments and did not get around to calling that day. I never received a single call back from them to either apologize or reschedule. Now that I read the other reviews of this company, I am so glad that I was too busy to follow up with them. I will certainly look into the other companies listed with favorable reviews. Thanks, once again, to Angie's list for saving me and my hard-earned money!

Description of Work
There were no services performed as scheduled due to the circumstances described below.

Instead of bolting them down, they simply glued them down and they came off during Hurricane Sandy. They said it came with a guarantee. They promised to come 6 different times and haven't showed up yet.

Client initially paid the estimate of $2500 on a job that was supposed to cost $3500. This payment was not authorized and was taken from client's credit card without authorization. Client had $2500 taken from her credit card account. No work was ever done. We've made multiple attempts including a court complaint against this vendor. Finally we had an execution served against them, and the address they listed turned out to be a P.O. Box. They falsely listed this P.O. Box as their company address with the Secretary of State. Now we're trying to collect the court judgement, but is no way to reach them. The client is 87 years old.

Description of Work
They were supposed to do a chimney repair. They cold called my client (87 years old) and showed up at her house and made an unsolicited proposal to repair her chimney.

We are an Advanced Chimney Repair Company with services ranging from simple cleanings to complex chimney rebuilds. We have six employees and four service trucks and we do not subcontractor work out at this time. Our Construction Supervisor Specialty License #102689. Additional phone numbers: (508) 275-7628, (508) 275-7637, (508) 969-4827, (781) 989-2401. Our MA HIC registration #166376 CSIA certification number #8065 Decorative heating appliance license #8071. RI Contractor Reg #33817 We offer free estimates in the spring and summer months. Angie’s List customers get $20 off any cleaning, $30 off any chimney cap & $100 off any chimney repairs over $1,000. Please be sure and remind your chimney service technician to let them know you are an Angie’s List customer to receive the special discounts.  …

At Exclusive Chimney we proudly offer a full-service experience that our clients can rely on. Whether you need a chimney update, or you’re looking to install a new chimney cap, our team can help. Whether residential or commercial, your property is a significant investment. As with any investment, proper care and maintenance are required for any chimney. For this reason, our team of professionals specialize in all areas of chimney inspection and maintenance. Exclusive Chimney promises to deliver exceptional results for all chimney builds and we look forward to future projects with our clients!  …

Cleanings,Repointing,Relining, Installation of Wood-burning and Pellet stoves and inserts,Chimney Rebuilds

American Energy Savers is currently rated 1.4 overall out of 5.

No, American Energy Savers does not offer warranties.

Are there any services American Energy Savers does not offer?