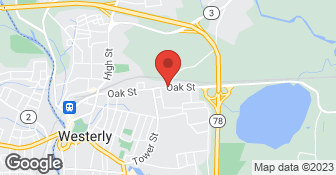 Full service Heating and Air conditioning and home heating oil delivery. We install and service all oil fired boilers and furnaces and domestic hot water and gas systems. We offer 24 hr emergency service. Also inspect and install new oil tanks and removal of old tanks underground or above ground. Call today for all you heating and cooling needs.  …

Owner operated. We service all types of plumbing heating and air-conditioning system. We are a Trane dealer also carrier. We have 24 hr emergency service  …

HONEST SERVICE HONEST PRICES YOU WILL SAVE MONEY AND GET QUALITY PLEASE SUPPORT YOUR LOCAL SMALL BUSINESS WE ARE THE ONES THAT KEEP THE WORLD TURNING THANK YOU SINCERELY WAYNE HAWKINS BEEN IN THE HEATING AIRCONDITIONING, REFRIGERATION BUSINESS FOR 30+ YEARS. LICENSE #: 30975, 7278, 1106, 1745, 10838,L ADDRESS:POBOX114020 , N .PROVIDENCE , RI 02911 EMAIL: affordheatingair@live.com  …

Description of Work
We use Ginger’s Oil Company.

Description of Work
I get my oil deliveries from them but they also did a clean and repair on my furnace. Very happy with their work!

They have always provided prompt service, and if you have any issues, they will come right out and take care of it.

Description of Work
I have an oil burner, and I use Ginger's Service Station. They did an annual cleaning on my oil burner.

Description of Work
It the only gas station that still pumps your gas for you. Attendants are polite, efficient and friendly . Always a line but the wait is never long. Even with line of cars, I still received propane replacement (additional separate service) quickly

I did a lot of research prior to choosing a boiler, and Rich at Ginger's went above and beyond in both helpfulness and responsiveness. He provided an email address and answered many questions about relative efficiencies of different boiler choices, in detail. He never ran out of patience, despite many back and forth questions. After much discussion of high-efficiency models I concluded that the payback was just too long for a small home of 1,000 square feet. We chose a Peerless WB-3 tankless boiler, and Ginger's offered the lowest price, (by a few dollars), out of three quotations. But it was the service that most impressed us. The old boiler was leaking very slowly, and we had just bought the house, which was unoccupied. We were very worried that it would burst and flood the basement before we could get the work done. Ginger's ordered the equipment immediately and scheduled the work for the following week. Rich intended to start the preliminary work on a Friday and bring in the new boiler on Monday for the cutover. When the techs arrived, however, the old boiler had burst (but fortunately did not flood the basement). The house is in Rhode Island. We were in Florida at the time. They put everything else aside and stayed until they had the new boiler online. There were no extra charges for overtime: Our price stayed the same. Down in the basement, all of the soldering work surrounding the new boiler was neat and clean, the old unit was removed, the new unit had been mounted on concrete blocks to keep it off the floor, and the job site was picked up and clean. Rich dropped by that weekend to go over a few things, including how to adjust hot water temperature and turn down the boiler temp when we're away for long periods of time. Not too many folks take the time to do that - especially when it requires an extra trip. We also had Ginger's install a new thermostat. While their materials price was much higher than what I could have bought the same unit for for at Home Depot, they discounted the installation cost and took care of the wiring. I give Ginger's high marks for quality work, a fair price, and reliable, dependable service. That's important when you're talking about your home heating system.

Description of Work
Replacement of boiler; installation of thermostat

They came on schedule, and they were able to schedule an appointment to work around my schedule. We did not have to wait a long time for their appointment either. Their fuel delivery is fast--whenever we call to have fuel oil delivered it is delivered the next day! Ginger's has great customer service. I would recommend them to anyone!

Description of Work
Ginger's cleaned our furnace, performing the yearly cleaning and adjustments. Their technician was prompt and thorough. Although it was a dirty job--cleaning the furnace--he cleaned up after himself. After he left, the furnace area was swept and tidy. Then they sent a delivery truck to fill our fuel oil tank--great service and timely delivery.

Contacted Ginger's by telephone to request an estimate to replace my 40+ year old 275 gallon home heating oil tank and replace with a new unit. I was provided with an estimate, agreed to that figure and scheduled a rip and replace date. Crew arrived with new tank they executed the removal of the old tank and installation of the new, complete with associated fill and vent piping. A leak was detected within minutes of their departing this site. I phoned the company who contacted that team and they promptly returned to this site. The problem was determined to be the copper delivery tube from the tank to the furnace beneath the cellar floor from original construction of the home 40 years earlier. I believe the tubing was weak from age. They resolved the problem by installing new coated copper tubing, between the furnace and the tank, which is currently required by code on new initial installations. The problem was completely eliminated. No additional charges were applied to my original estimate. Ginger's did a great job at a reasonable price and I would certainly recommend their service to others.

Description of Work
Removal of home oil tank from basement and installation of new unit.