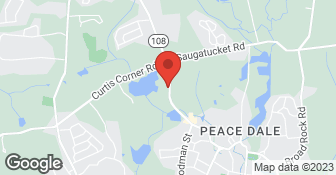 Zero stars. They delivered oil to my house last week without notice despite having asked to receive a courtesy notice via phone, text or email the day prior. They charged me 5.09 a gallon. It cost $700 to fill half of my oil tank. I called to have them explain this price to me…They said my cost is based on my usage. I’m a single mom of one who keeps the heat at 62 when away and never higher than 67 with a Nest thermostat. My oil is only for heat. When I asked them to explain what that meant they put me on hold for 5 minutes. When they returned they told me they have submitted my request to cancel my service with them. I am outraged. Please don’t ever use them unless you like to throw money away. Reported to BBB

Buckley charged me $5.919 per gallon of propane. Amerigas, located 1 mile down the street, quoted me $2.71 for the same product. Buckley did not offer to adjust my bill, this is why I am switching to Buckley. BTW it is extremely difficult to determine lowest cost for propane delivery in the state of Rhode Island.

Excellent! The pre-customer service was excellent, and the tech who came was most professional and thorough! Thank you!

Description of Work
We reviewed and signed up for the service plan for our gas heat. We had the burner cleaned.

I bought a new condo in RI recently. Needed to update the a/c system. It took Buckley longer to call me back for the first estimate than the other 3 companies I called -- they didn't return my call for four days. I had used them for years in past homes and was hoping to use them again in my new condo. the salesman was very good when he came and got me an estimate quickly. I met some resistance from my condo board and the salesman came back to double check some technical issues (came a half hour late with no call) but again was very professional and nice. My Board asked some questions and requested a full proposal. I told them they would have it Monday. I emailed the salesman on Saturday,....called him Monday am.....he called me back on Tuesday am and said he didn't realize I had left him a message on Monday -- and after two or three minutes on the phone, he had to take another call, would call me back in five minutes. Its an hour later and I haven't heard. I'm going to look for another provider, I guess Buckley is too busy.

Description of Work
I used Buckley Heating & Cooling for service. They redid my filter.

Service tech arrived 8:30 a.m, checked relief valve and began to replace, then determined expansion tank should also be replaced. Left after 10 minutes, said would be right back, but don't turn on the water. After no one returned, we called back after noon, office said they didn't know where he was or what was up, would check and call back. Said they had the part, he would be back and they would call first. No call. Didn't return until 4:45p.m., no call to explain, no water all day. Came in, spent less than 20 minutes to finish job. Even tho minimum labor charge of one hour @ $105 per, they charged for 90 minutes despite only spending 30 minutes here. Called to complain about labor overcharge, tough luck. This is second billing dispute with Buckley about a repair, first time they changed out a part that turned out was not the problem, had to come back to fix what was really wrong, charged us for both repair visits until we complained and got adjustment - for the parts only. We have been propane customers for over 7 years with automatic pay, it is obvious that counts for zero.

Description of Work
We had small water leakage from hot water tank into drain pan. Called several days before, not an emergency, they scheduled for following Monday a.m. They ended up replacing relief valve, expansion tank.

Description of Work
We had our oil filled.

I've used them for over 20 years. They have been excellent and provide excellent service. Their prices are competitive. I got behind through the loss of a job and they were very lenient and helped me through that period.

Description of Work
I use Buckley Heating & Cooling.

They were on time. They did everything that they were supposed to do. They talked me out of doing things that I thought I needed to do and I liked that. Their prices were fine.

Description of Work
I used the services of Buckley Heating and Cooling six months ago for the annual servicing of our heating and air conditioning system.

They need to respond to telephone calls and need to listen to problems. They did not do any of this. They came out without knowing what the problem was with a service man. When I called to get some response they never responded. The office staff is good but not the sales rep.

Description of Work
I have used Buckley Heating & Cooling in the past, and I just changed my company because I was totally dissatisfied with their response. They have serviced my heating and air conditioning for 30 years and now I just switched companies. They were recently sold to another person and this happened.

Buckley Heating & Cooling is currently rated 4.1 overall out of 5.

No, Buckley Heating & Cooling does not offer eco-friendly accreditations.

No, Buckley Heating & Cooling does not offer warranties.