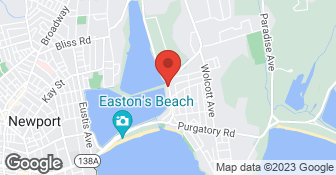 All of our employees are trained and certified....

Customer focused, expert services Restoration 1 is a team of home restoration experts and immediate responders who help residential and commercial property owners and management companies after disaster strikes. Our professionals are among the most trained and experienced repairmen and technicians in the industry, and we utilize the field's most advanced and innovative practices to ensure your property is brought back to pre-loss condition as efficiently as possible.  …

Welcome to Carpet Cleaning Experts, celebrating over 30 years in business! We service the Rhode Island, Massachusetts, and Southeastern Connecticut areas with expert cleaning services. We're open and ready for service. Call today and ask about our cleaning and sanitizing treatment services. We are deeply concerned about the health and safety of you and your family and are ready to assist you in keeping your home safe. As a family owned carpet & upholstery cleaning business, we have a strong belief in complete customer satisfaction. From Carpet Cleaning Experts, you can expect excellence. We're not satisfied until you are! Contact us today for a free, no obligation quote. From Carpet Cleaning Experts, you get honest pricing with No sales gimmicks and No hidden costs. Over the past 30 years, we have earned the trust and loyalty of our customers. Check out our web site to learn why our clients stay with us year after year! Additional phone: (800) 479-1204.  …

Family owned and operated. Specializing in Residential Cleaning Services. We have the experience and dedication to bring your dreams to reality! We guarantee your satisfaction, and we won’t leave until the job is done right. Call or click to schedule a free estimate today!  …

I was invoiced for several tasks where work was NOT performed: I was over charged $147.32 for moving furniture. But the team did not move or replace ANY furniture fro m my family room, which they characterized as a *large room* The team did not apply anti-microbial spraying to any part of the family room or kitchen. For the family room ceiling I was over charged $69.85 For the walls and floor of the family room, I was over charged $291.33 For the kitchen (where I was sitting for the entire time the crew was on site) I was over charged $70.20 I was charged for two air mover axial fans, for three days that were NOT deployed. Each fan was charged at $85.50 I was over charged $92.06 for a 300 square foot sheet of plastic. I view that as an outrageous charge. I calculate my total charges for work not performed and equipment not deployed to be $836.76 (on an original invoice amount of $1770.27 The company is trying to suggest that my insurance company approved their invoice, but my Insurance company was not present when the team was on-site Laughably, the company is trying to accuse ME of violating the law, when I am only trying to get them to send me a correct and honest invoice. Any amount I owe to my insurance company is between Me and my insurance company and is of no concern to Paradise. It is my view that the crew is repeatedly lying to the company owner about work they did NOT do, or the owner is misrepresenting what work was performed. I and another person in my household were present during the entire time the team was working in my house, as well as when they returned to pick up their fans and dehumidifiers. Neither one of us saw ANY anti-microbial spraying. We move the furniture in the family room, not the cleaning crew. And we counted the number of fans they left at my house for three days. It seems remarkable that they can claim they performed anti-microbial spraying of the kitchen floor, without asking me to move from my position ON the kitchen floor. I neither saw the team spraying, nor did I feel the spray where I was sitting. I recommend staying away from this company.

Description of Work
Clean up from water damage in my family room caused by ice dams on the roof. The crew cut several holes in my ceiling and wall. Removed several sections of fiberglass insulation. Set up one dehumidifier and three fans in the family room, and one dehumidifier in the kitchen