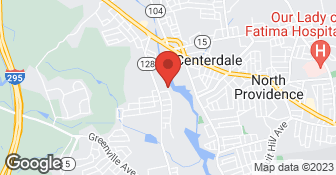 I had them do several jobs in late 2018: basement sink faucet replacement, ball valve install onto main water line and outdoor faucet replacement - got a free estimate and got 3 of the 4 things done that I could afford. Good friendly and timely - their prices were inline with the other 3 estimates I got and went with them bc of their reviews and reputation. Currently we had a leak. They came next day to repair the tub faucet. It needed a rebuild. Job was done correctly and I agreed to the cost on the phone, and did mention my concern about the price being high, $400. That included the diagnostic fee and "come to the house" fee. I called with a follow up to see get the breakdown and Pat let me know that they have a flat fee structure and, from my understanding, is they contract out work and have $4000 a month in advertising. I thought they were a small family business, apparently not if advertising is that. I try to be fair in my reviews and if I was a jerk I'd give an F. but they aren't an F. their service is an A but their pricing, to me, is a C- and I think people deserve to know about the flat pricing, and they say plumbers are doing now. Basically it's a like a car dealership's auto repair. You have a job and they have a universal flat price linked to that, whether it takes 1 hour or 5. Clearly if it's less time, it benefits them, of more time then it benefits the consumer - so there's risk there on either side but if you agree to a price it's a done deal. However, the skew to the house comes from things like my faucet rebuild. It's a 30-60 min job and the part is about $100. For them to come to the house is $35 plus $100 diagnostic fee = $135 just to come inside and let me know the problem, which wasn't a complicated issue. Its a faucet. I was called and told the job is $400 all in. So here's the skew - I knew it was high but I have to put out $135 and get someone else do do the job under $265 to save $10 ? (I estimate the job being $100 part plus 1 hour labor which is on the high end $100 so about $200ish. give or take - I thought it'd be $250) So you're trapped and left feeling screwed over, because, well.. you are. When I relayed this to Pat and he explained their costs - it basically boils down to these small overpriced jobs crutch flat rated jobs that take more time then they think will. I don't believe in that system which is why I go to a family mechanic and get a breakdown of my services, parts and labour, so I know what I'm paying for and it's full disclosure. I will not be using them again, however this does NOT reflect their service or abilities or professionalism. They are all those and highly competent, as previously stated. I dont agree with the pricing methods, especially on a $200 job being $400. That is exploiting and it makes me very sour about a company especially when you're over a barrel and already into it for the $135 up front fee. Ok, well that's my take... may your lives be leak free!

DiRocco Plumbing responded immediately to our phone call regarding lack of heat on the coldest day of the year. We were able to schedule an appointment for the morning. They arrived promptly, immediately diagnosed the problem and had the furnace fixed and back up and running in no time. This was an old but "new" house to us and they took the time to give us tips on how to maintain the furnace to avoid future incidents. We will definitely use them again.

[Member Name Removed], Thank you for taking the time to leave such a nice review. Pat
1.0

Mike looked at the job Thursday Nov 30th estimate went out by email on saturday Dec 1st just sent it again this morning Dec 7th . Instead of a phone call or an email to folow up I get the negative review thank you.
1.0

They never called to discuss the job or make an appointment.

Dont recall hearing from you what was the job as tou know we dont do air condition you should pay attention to the details of my work instead of taking pop shots at people
5.0

Wonderful...the plumber had very good suggestions which we took.

Thank you [Member Name Removed] for your positive review
5.0

Excellent experience from booking work to its completion.

Very pleased with service and professionalism of the plumber.

Description of Work
Installation of basement utility sink with pump.

needed part that is not available anymore. Pat found the part by calling plumbing distributers around and was able to find it and installed it.

[Member Name Removed], Thank you for the great review.
5.0

[Member Name Removed], Thank you for the excellent review.
5.0

Pat and Angelo were punctual, professional, and very helpful in resolving the problem and suggesting some longer-term strategies and solutions. I would definitely call on them again.

Description of Work
Our gas furnace had stopped running and needed to be checked and repaired.

Excellent! Jared communicated to confirm the work, got to it, did it exactly right, cleaned up well.

[Member Name Removed], Thank you for the great review.
5.0

They did a great job!!! The price was very reasonable.

Description of Work
Resealed two toilets...cleared a shower drain that had a peace of the metal drain stuck in it. They had to fish the peace out due to the lack of access to the piping behind the shower.

Pat DiRocco and his team are top notch professionals. They respond to calls, show up time and get the work done. Wouldn't hire anyone else.

Pat and his crew went above and beyond in completing the work we needed in our home. Initially, Pat came out and worked with us to plan the replacement of our gas fired furnace and gas fired hot water heater. He offered us his professional expertise in choosing the right unit for all our needs and even helped with suggestions on obtaining rebates and financing if we needed. He wealth of experience in this field was evident throughout this process. Pat's discussion was always focused on what was best for us as the client too- never about his possible bottom line. We loved that honesty! Once the plan was decided upon, Pat and his crew were able to schedule us in a timely fashion to accommodate our needs. He and his crew showed up on time and finished the job quickly without barely any interruption to our busy household. The work they did was top notch- even the city inspector commented on the excellent workmanship of the install. We will be calling Pat for all our future plumbing needs!

Description of Work
Pat D. assisted us in planning and executing the replacement of our gas fired furnace and gas fired water heater with an on-demand combination unit.

Description of Work
We had a gas line brought on the property and then DiRocco connected a new boiler/water heater and also rezoned some of our heating system. They did an outstanding job. From the time Pat came to our home, through the installation and questions concerning the system he was always helpful and professional. I would highly recommend him and will hire him to do other jobs at our home in the future.

[member name removed], I appreciate you taking the time to post the review, both you and Ed were a pleasure to work with. If you have any plumbing or heating problems please call. Sorry it took so long to respond I just seen the review. Thank you, Pat
5.0

Description of Work
furnace conversion from oil to gas

We regularly use DiRocco plumbing at work and are always pleased with their service. This is the third time I have used them at home and will continue to use them for any plumbing needs at home. The work was performed well. They cleaned up all related mess and even removed the old plumbing fixtures. Their prices were extremely fair and I am completely satisfied with all the work they completed. I recommend DiRocco plumbing for any plumbing services.

(removed member name), Thank you for the great review and look forward to working with you on future projects. Thank you, Pat
5.0

They were fine. They were quick to respond. I had no complaints. It was quick and painless.

Description of Work
I got an estimate from DiRocco Plumbing Services to install some hot water heater tanks.

Dirocco provided excellent service from start to finish and completed the job quickly despite their busy schedule. I am totally satisfied with their work and will use them in the future for all plubing needs.

Description of Work
Pat DiRocco has done a number of plumbing and heating repairs at our house over the years. He does excellent work, charges reasonable rates, is always on time, and always responds to phone calls. My friends have had a similar great experience with his work.

A Good Plumber is a family owned and operated company. Skilled in all facets of plumbing from small repairs to multi-residential and commercial work. We deliver a high level of skill at an affordable price and are fully licensed and insured.  …

Are you having problems with your homes Heating, Air Conditioning, or Electrical systems? Or is your home just not as comfortable as you would like? Are you looking for a contractor that can handle all your systems with one call? Welcome to Cotti-Johnson, your one stop shop for Heating, Air Conditioning, and Electrical systems. We can handle anything from a simple light fixture replacement or a furnace tune up to a Home Standby Generator or Ductless system. Our crews are well trained in large scale jobs as well. From a whole house rewire to a complete zoned central air system you can control with your smartphone, we can handle it. We service all your indoor comfort needs. We understand how frustrating it can be when one of your homes critical comfort systems goes down. We offer 24/7 emergency services to get your systems up and running when you need them most. We offer professional design services for Landscape Lighting, Indoor Lighting, and Duct Layouts as well. Give us a call to see what Cotti-Johnson can do for you. Don't forget to ask about our 10 year warranty! 1-844-48-COTTI  …

Licensed
Insured
All statements concerning insurance, licenses, and bonds are informational only, and are self-reported. Since insurance, licenses and bonds can expire and can be cancelled, homeowners should always check such information for themselves.To find more licensing information for your state, visit our Find Licensing Requirements page.
General Information
Free Estimates
Yes
Eco-Friendly Accreditations
Yes
Payment Options
Check
Warranties
Yes

We cannot assist with A/C

DiRocco Plumbing & Heating Services is currently rated 4.9 overall out of 5.

Are there any services DiRocco Plumbing & Heating Services does not offer?

We cannot assist with A/C