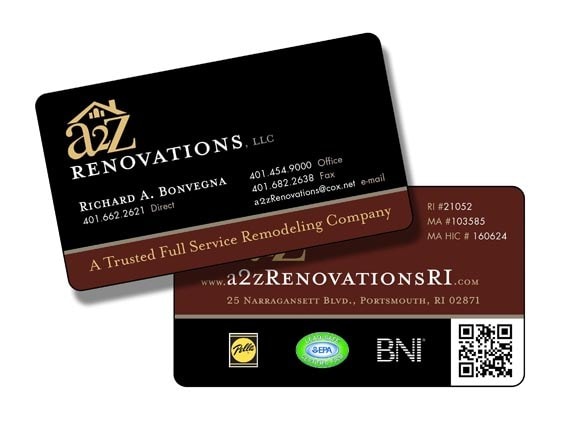 We are a trusted full-service, professional and trained remodeling company providing quality services to residential clients in Rhode Island. Very proud of our services and operate under the premise that every home we enter has a family that deserves respect, courtesy and special attention to service details and family dynamics. Our expectation is not to be viewed as a typical uncaring contractor, but rather a True Professional Team. a2z Renovations is based out of Portsmouth, Rhode Island with a wood shop located in Bristol, Rhode Island. a2z Renovations is well equipped and positioned to accommodate East Bay Rhode Island; with special support to Barrington, Bristol, Newport, Middletown, Portsmouth, Tiverton, Little Compton, Warren and surrounding towns. Richard resides in Portsmouth, Rhode Island with his wife Colleen of over 20 years, their children and family tortoise. a2z Renovations is proud to be an Angie's List Super Service Award winner for 2011, 2012, 2013, 2014, 2015, 2016 and 2017 . . . 7 glorious years and running....

Rich and his team are extraordinary! They are highly qualified individuals who complete the work efficiently and in a timely manner. I had a home renovation, which the previous contractor left unfinished. Rich was able to identify the many errors and quickly came up with effective solutions. His knowledge and scope of work is board. You will not find another professional who is more responsive, honest and reliable than Rich! He is so easy to work with. I highly recommend A2Z Renovations, and I plan to use them again for future projects!

The A2Z team was wonderful to work with. After another company left us with a half-finished kitchen, A2Z came in and corrected their mistakes to make our kitchen beautiful and fully functional. A2Z does the job the right way from the start. We wish we hired them from the beginning. Rich and his team think outside the box to make the most efficient use of space while incorporating design. We have continued to use the A2Z team for other projects in our home and highly recommend the A2Z team to anyone looking for a honest and highly talented group to conduct a remodel.

Rich and team did a terrific job on a basement finishing project. Responsive, communicative, and job was completed on a good timeline. Thanks Rich!

I had to call Rich in to do some minor repairs to a walk in cooler. It ended up becoming a much bigger job than anticipated. Rich and his team took on the work and transformed the walk in, modernizing it and making it run more efficiently. Excellent job.

Rich and his team did an excellent job. They were on time, did the work quickly and efficiently. Rich was easy to deal with and very professional. Highly recommended.

I have used A2Z before, but not recently so I turned to Rich first even though I held out little hope of getting on his calendar. When I spoke to Rich and explained what I was looking for, he thought for a minute and then said he would do the job and asked me to send him a few pictures of the inside and outside. (He later told me that when I spoke with him he hesitated because he was recalling a host of small jobs that had been building up and during that minute pause he was working through the jobs and lining them up to see if he could dedicate a day or two to “knocking off small jobs” between his larger projects. Once I had sent him the pictures he got right back to me and suggested an alternate to ripping out and replacing the frame. His recommendation consisted of thoroughly cleaning the frame, applying sealer and epoxy and covering the frame with a Marine Grade vinyl. No demolition, no disruption to our finished room in the basement! A quick, economical solution. The A2Z folks showed up within a week, did the job in an afternoon and were on their way. I am pleased with what they suggested, with the quality of the material and workmanship, with their responsiveness and with the cost.

Description of Work
I had a steel cellar window frame that was showing signs of severe corrosion. My request was to have it replaced. I was concerned about getting someone to work on it because in today’s environment reputable firms are fully booked and I was not hopeful about getting my “small” job attended to. I envisioned the job to entail tearing out the old window frame and sealing up the void rather than replacing the frame which would have caused me considerable rework because that window is in a finished room in our basement and is blocked off on the inside.

Rich and his team made quick work of a few repair and painting jobs around the house. We look forward to working with them again.

Rich and his team did a great job installing two new storm doors and painting existing trim. Both doors not only look nice, but kept water out during the rain and snow storms since they put them in last September. We would absolutely hire them again.

Rich responded quickly and when he came to take a look at the job, we came up with several solutions. He was willing to try mine, which meant that the refrigerator would not have to be moved, and it worked! The work was done professionally and you can't tell that the middle of the kitchen floor was repaired. I had a hard time finding someone to do this repair so a big THANKS to Rich and his team at a2z Renovations!!

Vinyl siding under one of my windows in an awkward location was lose and blew off (they were not the original installers). Rich responded to my request quickly and replaced the missing and damaged pieces quickly before the next rain storm a day or so later.

Rich was highly professional and responsive, and did terrific work on upgrading my front and side doors. Will be hiring Rich again soon for the next job!

Richard and his team did a full reconfiguration and remodel of our condo unit in Newport, RI. It was a complex job with a significant change to floor plan. The remodel involved moving walls, new flooring, new ceiling, custom kitchen, and custom bathroom. The quality of work and craftsmanship was top notch. His team is extraordinarily talented and professional. The cost and timing estimates were highly accurate and the communication throughout the project was stellar. We could not be happier with the result. I have been in other remodeled units in my condo complex and they do not compare to what A2Z Renovations delivered. I have since used them for smaller jobs and the work and results have been just as good. A2Z Renovations is our go to builder. HIGHLY recommend.

Description of Work
Full remodel of our condo unit

I was in a tough situation with three replacement windows that were holding up my overall project. They required reframing the rough opening and some creative and effective solutions to my mistakes. a2z Renovations did a fantastic job making sure it was done right. My wife and I are very happy with the end result, which looks great. Rich is patient, has a great attitude, communicates well, and explains things clearly to homeowners. Highly recommended.

My contractor, A2Z Renovations, arranged for and supervised the replacement of my roof and two roof skylights. Quality Construction & Roofing, from Bristol, RI, came promptly to help us plan the project and then did an outstanding job. I am very happy with the new roof. A highly industrious and skilled crew replace the entire roof and the two skylights in one long day. The clean-up and removal of old roofing materials was remarkably effective. A2Z Renovations supervised, made important suggestions and decisions, and was in frequent contact with the roofers. Our contractor also checked over the completed work and gave final approval.

A2Z Renovations put an exterior door into our storage room and closed up the former window opening from our laundry room. Now we have a usable storage space that is easy to access. This contractor also repaired insulation and added two new grills for ventilation. The custom door looks great. In order to create a large enough opening for the door, it was necessary to cut through a thick concrete foundation. The very tough concrete turned out to be more difficult to cut than expected, but our creative contractor succeeded. He and his assistant are both engineers who find effective ways to solve technical problems. A2Z Renovations will come back in warmer weather to paint the new door, which is now fully primed and functional (with a working lock). The much-improved storage area is a real asset. Our contractor even added a new vent for the dryer in our adjacent laundry room.

Description of Work
New Door for storage area below our sunroom

A2Z Renovations did an outstanding job. Having two graduate engineers with great craft skills on the job was a major asset. The long term damage from hidden window leakage into the wall was very serious. The project expanded as the scope of the problems became clear. Our contractor came up with creative solutions that not only solved the leaks but also saved our insulated skylight windows. Much of an entire outer wall had to be rebuilt. At every stage of the project, A2Z Renovations documented the structural damage caused by the leaks and went over all plans for repair. I approved all the billing for time and materials. The contractor and his assistant kept the weather out during the project and maintained a very clean work area. The project is now complete, and everything went very well. I am highly impressed. I would hire A2Z Renovations again. I would also recommend the company to other homeowners.

Excellent. Took out old under cabinet microwave and retro fitted a new under cabinet exhaust fan with a remote control. Has done other previous renovation work for us. Always does very meticulous and conscientious work.

Our deck was approximately 30 yeas old and need a complete overhaul. We hired A2Z Renovations. Rich, the owner, resigned the deck area staying within the existing footprint resulting in a more efficient use of the space. He used state of the art materials and added some needed safety features. We are very pleased with Rich's work and highly recommend A2Z Renovations.

Description of Work
A new deck

The best thing I like about Rich at A2Z is his calm demeanor and continuous communication throughout all phases of the project. We had several bathroom issues with leaks from the tubs and a serious leak under the floorboards of the toilet and all of it damaged the kitchen ceiling. To top it off there were several times where we had to delay the work due to COVID and scheduling issues with the tenants living in the house. Rich was great with being flexible to the best of his ability to schedule around other work and to get the job done. He provides needed details and gives you an honest response regarding what needs to get done and what does not need to be done. I've hired Rich several times over the past two years and recommend his work.

Rich and his team did very good job, very conscientious with respect to the work site, his time, and getting it done correctly. We appreciated his workmanship.

Great experience! Rich was upfront and communicated throughout the project. He ensured everything was air/watertight (even fixed a few surprises) and paid attention to the details.

Great they transformed room and you would never know it was a garage. It blends into the house.

Description of Work
Converted my garage into a family room