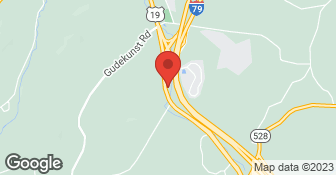 Betterliving Patio and Sunrooms provides a variety of general contracting services for residential clients throughout the Greater Pittsburgh Area. Betterliving specializing in three and four season sunrooms, screen rooms, patios and decks, as well as, windows and doors. Owner and operator Raymond Hepp believes that one of the biggest advantages of Betterliving is its ability to combine highly competitive pricing with first-rate service. Ray started Betterliving Patio and Sunrooms in 1999 after years of selling sunrooms for another company. He decided it was time for him to branch out on his own. He believes in providing the customer with affordable, quality products and materials made and manufactured in the USA. Betterliving is exclusive and the quality, local manufactured products cannot be bought anywhere else. Parts and products are constantly being scrutinized for the best technology and quality available. Ray believes in using only the best quality for his customers. He never compromises on the quality of products and services. Maintaining customer satisfaction is a crucial aspect of Betterliving Patio and Sunrooms. We are known for effectively communicating with our clients throughout every step of their construction projects and realize it is crucial to make sure every job is completed to the customer’s satisfaction. We stay in contact with our clients before, during and after their projects so we can confirm they’re happy with our work and the final result.  …

What’s the Bella difference? In a word—FAMILY! Our family pride shines through each and every time we talk with you! It starts with your first phone call to our office, when you’ll hear the voice of Alecia, our office manager—not a recorded message. Once you and Alecia have set up a time for you to get an estimate, she’ll give you a call before we meet with you to confirm your appointment. When one of our estimators arrive, please check your watch—because we are committed to being on time so we don’t waste any of yours. During our meeting with you, you will have the chance to see and touch full-sized samples of the railing that is currently the most installed vinyl railing in the tri-state area! Our estimator will be able to give you a price on the first visit. Throughout the installation process, we’ll keep you up to date and address any questions you have. Then, at the end of your Bella experience, you’ll be asked to fill out a survey to help us continue to make our service to our customers better than any other you have ever experienced! That’s what we mean by FAMILY! - See more at: http://bellarailings.com Additional DBA: Unique Exteriors Inc. Additional phones - (866) 242-5929, (724) 863-7435. Additional fax - (724) 872-2020. Additional email - info@bellarailings.com.  …

Here at Volant Custom Builders, we sustain our business on quality and integrity. We are experts in building Decks and Porches and want to provide you with an exceptional outdoor living space. With over 25 years of experience we are committed to quality from the beginning to the end of your project. From simple to spectacular we put elite craftsmanship into every project. Thank you for taking the time to consider us for your next project.  …

Badly. First was surprised at how the posts were set - didn't dig deep enough, and had to face a patronizing argument with Gabe. Next, underdeck ceiling immediately leaked and water was coming down along the wall. Gabe argued again, but showed him that the grade was near zero plus they put a seam in the ceiling that slumped since they used cheap material (not a Trex system which I expected for $6000). Re-did the grade and installed some flashing (should have been installed by the house in the first place) and finally fixed the problem. Within two years the trex boards started popping up where two boards butt. The boards were cut to meet at the joist and were held down by a single fastener - trex states that a new piece of wood should be installed so each board is supported independently with their own fastener. This installation therefore nullified the trex warranty and looked terrible. I had to take down the under deck ceiling (which I hated anyway - very cheap vinyl that made the area look like a carport) and install the new cross pieces and fasteners myself. Now paying to get a decent roof installed for a fraction of the cost from Davis Construction. Finally, the finished deck was not covered properly on the sides, and had to ask them to come out so the sides covered the joists. All the side pieces (and the stairway pieces) were installed with basic small bore airgun nails, not composite deck screws as per trex warranty work. The boards area already warping and bending since Trex moves with temperature, and will certainly pop off since the nails used are not meant to hold composite decking material. So very unhappy with the quality of work done having discovered that many corners were cut even though we paid a premium price. Gabe assured us that he performs "impeccable workmanship" and always stands by his work to make it right, but the flawed workmanship and his poor reaction to our problems showed that he either didn't know what was required to build a good deck (I had to learn the hard way) or was more concerned about his bottom line than in making a good deck.

Description of Work
We put in a new deck with Gabe Davis (not to be confused with brother Andy who does good work). Gabe built a composite deck with an under deck ceiling.