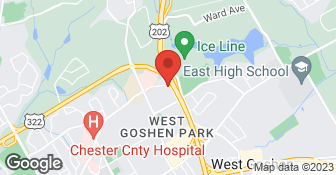 Welcome to Go Green Lawn and Pest Control, your go-to provider of organic lawn care services. Our ideology is two-fold. Firstly, we want to help homeowners everywhere achieve lawns that are as beautiful, lush and green as possible. But the other thing is, we want to do so in a way that helps maintain the integrity of mother nature. In our years of experience, we’ve discovered that it’s absolutely possible to achieve both of those goals. You can also check out our reviews on Google where we have a 4.8/5 star rating!...

They performed a service without giving me the price of $ 400 which i paid anyway. Then after catching covid and being real sick they put me in collections for missing Monthly payment . So much for being a first responder

After coming out to do aeration and seeding on my lawn. I checked the lawn and saw there was no grass seed put down. There was no new grass growth after two months with rain and watering. I got a call about my bill two months later stating i needed to pay. I told them I never received a bill and I was not satisfied with no grass growth and that seed was not put down., I was told me to look for grass in the spring. Then i received a notice from a bill collector. for payment. They are incompetent. I cannot recommend them.

Description of Work
Aeration and seeding

We are sorry you feel that way. I can assure you that we did seed your lawn as you did let us know that you saw the grass seed in the bare spots around the tree. When seeding an established lawn, the seed will go down to the soil and not always been seen because they are under the grass canopy. It does take some time for the grass to grow enough for you to see the lawn thicken. That typically happens in the spring when the weather gets warmer. We would be more than happy to send a manager to come out and inspect the lawn in the spring. Please give us a call to discuss. Thank you!
1.0

I sent this feedback to the owner, Andrew Gabries on 2 separate occasions but he never responded so I felt it was important to share this feedback with others that might be considering using Andrew's Lawn and Landscaping or Go Green for future lawn care needs. I reached out to the team at Andrew's about getting an estimate for a lawn renovation back in September 2018. We received a visit from Pat and my husband described in detail what we wanted. They discussed they type of grass we had (a Bermuda grass that did not do well in this climate) and what we wanted instead. We went ahead with the work. When the team came out they started to kill the wrong side of the lawn which concerned us. If we had not been home it would have been a major error. Over the next few months my husband corresponded with Pat as the information he read on-line stated that if the grass doesn't germinate in the Fall it will freeze and die. He was told that the rye should have sprouted within 5-7 days in order to help the other seeds take hold, which did not happen. I am not sure if this contributed to our poor result or not. In the Spring we reached out again as we were told in the Fall that a follow up visit would be needed. There was a series of messages being misplaced, Pat no longer working, and a delay in having the team come back out. In the meantime my husband had Penn State conduct a soil test, which he shared with the team that came out, but there was never a discussion about what the team could do to provide the phosphate and other nutrients the soil needed in order to be in better condition to ensure the lawn would thrive. In the meantime we are seeing an increase in weeds and subsequently found out by another company we contacted that our front lawn was infested with nutsedge and that when the renovation was done a different technique should have been used to eradicate it, otherwise it would be extremely difficult to get rid of. The whole purpose of having the lawn renovated was to improve the health and look of the lawn, neither of which has happened. We are working with another company to guide us to eradicate the nutsedge, bring up the phosphate levels in the lawn and weed/feed to eradicate the weeds. Our neighbors had their lawn renovated by another company and did not have to do any of this. We also found out that a new lawn needs specific chemicals to ensure it is not overtaken by crabgrass. Since this did not happen we now are also battling a crabgrass infestation in addition to the nutsedge. It is costing a considerable amount of time, money research and frustration to now care for a lawn that looks as bad or worse than it did when we started this project nearly a year ago. Perhaps if the team is not well versed enough in this type of service it might be better either not to offer it or gain additional knowledge before doing so. I wanted to share our disappointment with you in the hopes of having others avoid this in the future.

Go Green came out twice, I hired them late in the year. Our lawn is getting overrun with crabgrass and weeds. To date, they have been good to work with. I'm hiring them again for the full 2019 year. Let's see if they can get this lawn under control! Pricing seems fair, but selected them on being highly rated in multiple platforms, including Angie's List. Since it was so late, I wasn't expecting much in terms of weed abatement. Hopefully, it will get kicked into high gear in the spring.

Do not use this company. I wish I could show you pictures of my lawn the end of the season. There were so many weeds and brown spots on the lawn. It actually looked like they were killing the lawn, not enhancing it. I gave them multiple chances to correct the weed issues and to inquire why my lawn was not thriving. They provided service with no results. Only when I cancelled my service did Chris come out to the property to take a look. He came up with many excuses and no acknowledgement of the problem. I don't know if they don't train their technicians or their chemical formulation is to blame but I would avoid their services at all costs.

My lawn looks great, I will continue to be a customer year after year.

Description of Work
My lawn was a mess

I hired Go Green Lawn Service to treat and fertilize our lawn. I am very impressed with this service. They let you know when they are coming to your home. The Tech Guy, Dan, is very mannerly, knowledgeable, and explains everything he did to my lawn. I then get a very detailed email explaining all the treatments that were installed as well as any problems they noticed with my lawn. This is the best our lawn has ever looked.

This is the first year for using their lawn treatment service; and they were late getting started because of all the rain. The Aeration and overseeding the year before last was fine and effective.

Description of Work
Lawn Treatment and Aeration and Overseeding

Lawn looks good despite the switch happier with organic options. Service is attentive and they always call before they are going to come. The only complaint is I was hoping to get assistance with a shaded problem area in the back, and they did not present a lot of options. I would say if you are looking for an organic treatment service they are good, if you are looking for more landscaping type service I would look elsewhere.

This company has been mowing my lawn for years; they have done a top notch job each time including mowing, edging and blowing the clippings. I would highly recommend them to anyone considering a new service or just thinking about having a service rather than doing it yourself.

How is Go Green Lawn and Pest Control overall rated?

Go Green Lawn and Pest Control is currently rated 4.5 overall out of 5.

What days are Go Green Lawn and Pest Control open?

Are warranties offered by Go Green Lawn and Pest Control?

What services does Go Green Lawn and Pest Control offer?