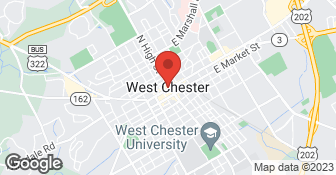 With Go Green Cleaning Experts, you will experience a new level of clean. We take pride in our attention to detail while also meeting your needs and exceeding your expectaions. For your organizational needs we also provide personal assistant services. Our customer satisfaction unsurpassed quality has made us the first and only choice for businesses and homes throughout the community. We use green products that are effective and safe for your home environment....

There were a fair number of questions from the office manager so that the first cleaning would go splendidly, and it did! I have found Go Green Cleaning Experts to be professional, personable, and far more open to my requests than I had ever imagined! With this expert service, my house is the cleanest it has been since my husband and I moved in almost twelve years ago!

Description of Work
When I needed to look for new house cleaners, I wanted a "green" company which would be open to using the Thieves Household Cleaner that I like to be used on everything, so I googled this, and contacted Go Green Cleaning Experts.

They just quit on me. There were a couple of things that bothered me. The one issue was that they would not show up at the same time. We would pick a date, but then every single week they wanted to come at a different time. They would call me several days before. They would call and call and call me until they got me because they needed to confirm a specific time would work for me. I never knew what time they were going to ask me when they wanted to show up. I would have to work my schedule around that. I found that to be extremely inconvenient. The second issue I had was that they brought their own vacuum cleaner, and it didn't have any stair attachments. They would use it on my stairs. They would only clean the carpet, and they wouldn't clean the wood risers. I asked them to adjust that and clean it, and it's never got done, so I was cleaning my own stairs. In the end, they called me after I had got back from vacation, I had skipped a week. They said they had somebody quit on them. I had a very specific requirement that because of my job, I had to have a U.S. citizen clean my house. If they are not a U.S. citizen, I have to basically report the fact that I have a non U.S. citizen in my house on a regular basis. I explained that to them before they even started, and while that's not something that is very common up here, she said she understood. I think they were trying to get rid of the business because she was basically telling me that they didn't have a U.S. citizen, and that it was going to be a problem for me. I explained to them that they don't have to be a U.S. citizen, but there were steps that I needed to take. She just said she wasn't able to make me happy and clean for me anymore. She made me feel like it was my fault. I explained to them the requirements I had and the steps I needed to take to meet their requirements. They left me in the lurch at the end. I just found that the way they handled their scheduling, and matching their cleaners to houses not to be effective or professional. Their price was pretty reasonable. They were responsive. They showed up when they said they would show up except for once, it was just getting to a time to agree upon that was difficult. The cleaners were perfectly pleasant and nice, but the office had a lot to be desired.

Excellent! I have previously hired an individual and professional service and neither performed as I expected. I have asked Go Green to come back on a regular schedule.

Description of Work
I requested that my entire home be cleaned.

G&L Cleaning Solution LLC sustains our business on quality and integrity. We are experts in the cleaning trade and are committed to quality from the beginning to the end of your project. We are family owned and have over ten years of experiences in the residential, construction and commercial cleaning field. Contact us for a free estimate. We service Bucks , montgomery , chester and parts of Delaware and Phila. Counties. Our services include one time cleaning to deep house cleaning. We do move in/ move out and turnover cleanings for Apts. We also offer Bi-weekly to monthly house cleanings. We do windows as well and offer commercial and residential construction cleaning. We give free estimates.( Special note we have protective covering for shoes and have gloves and mask and have proper disinfectants to provide high qualify of services.  …

JG&A Cleaning Solutions is a residential / small commercial cleaning company serving the Philadelphia and surrounding areas. Even though JG&A is a brand new licensed, insured and bonded company we have 10 years plus experience in the cleaning business. our service is high quality at an affordable price with free no obligation estimates.  …

Wede's Meticulous Housekeeping offers cleaning services for both residential and commercial properties. We work according to your specific needs and preferences. We supply the cleaning products and equipment, but we will gladly use what you prefer whether eco-friendly, chemical products, or specific brands. Should you want a standard once-over cleaning, or prefer a deeper clean, we will get all dirt or dust laying behind unseen areas. We will gladly do whatever you need or suits your budget. We do a thorough move in and move out cleaning. Vacuum inside and underneath couches, make beds, and help with any form of organizing you may need. New clients, please pre-book appointments 2-4 weeks prior to the desired date. New discounts to consider for 2020. This comes with a signal contact for both parties. *Pre-paid for 3 months, get 5% off *Pre-paid for 6 months, get 10% off *Pre-paid for 1 year, get 15% off  …

All statements concerning insurance, licenses, and bonds are informational only, and are self-reported. Since insurance, licenses and bonds can expire and can be cancelled, homeowners should always check such information for themselves.To find more licensing information for your state, visit our Find Licensing Requirements page.
General Information
Free Estimates
Yes
Eco-Friendly Accreditations
Yes
Payment Options
Check
Senior Discount
No
Emergency Service
Yes
Warranties
Ask for Details

We specialize in residential cleaning, office cleaning, and personal assistant services. Our well-trained and experienced personnel use proven methods and techniques that achieve remarkable results. Our staff arrive on time, are extremely courteous, and respect the privacy of each customer.

Go Green Cleaning Experts is currently rated 4.5 overall out of 5.

No, Go Green Cleaning Experts does not offer a senior discount.

No, Go Green Cleaning Experts does not offer warranties.

Go Green Cleaning Experts offers the following services: We specialize in residential cleaning, office cleaning, and personal assistant services. Our well-trained and experienced personnel use proven methods and techniques that achieve remarkable results. Our staff arrive on time, are extremely courteous, and respect the privacy of each customer.