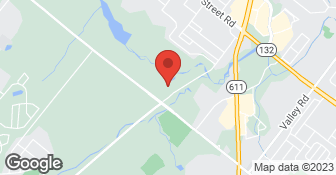 For over 25 years the Storione family has been consistently redefining home improvements as a true family business. Our commitment is quality products and quality installations to provide customer with a lifetime of performance from our products. We are not general contractors and we specialize in only windows, doors and siding and we have it down to a science. As we move forward and always staying on the cutting edge out missions is to minimize you homes energy consumption through high performance windows, siding and doors. We feel that is our duty to do our part for our environment to create a better future for everyone.  …

Also located in Drexel Hill, PA! BrightSide is a Fully Insured experienced and family-friendly interior and exterior cleaning services company. We work with both Residential Window Cleaning Philadelphia PA and Commercial Window Cleaning Philadelphia PA clients. BrightSide offers a variety of services including Window, Screen, Chandelier, and Gutter cleaning, as well as Pressure Washing. We're also proud to offer a variety of other services for hard to reach places.  …

Bill was great. the overall job and performance was fantastic. bill was there when he said he would be, got the job done on time with a decent price. very happy, planning on using him again, Laureen Schrauger

Description of Work
Bill replaced all our windows in our home. Re did our kitchen added a sliding door to our kitchen wall/patio. did drywalling. did a great job.

He was absolutely wonderful. Overall, the job went well. He was very professional. He was on time. He showed up and did everything he said he was going to do, and then some. He never left us hanging. He called us back the same day. We had all our windows replaced and had him work on our kitchen. He had a guy who was supposed to do drywall for him. The guy didn’t show up, so he came and did the other guy’s work. We had gone to California while some of this was going on. Our painter had locked himself out of the house, and he offered to come over and unlock. He just did so much above and beyond that other people especially nowadays wouldn’t have done. He was just great and his workers were as good as he was. They were always on time and working. He was the cheapest, and that is why we went with him in the beginning. He had the windows we wanted at the cheapest price. The quality of the work is excellent. He is like a perfect contractor if there is really such a thing. We had never had anybody do work for us before that we would ever say that about. We have had work done in the same house for twenty five years but we never used the same person ever again. He is the only guy that we have used. Actually, we are ordering a new front door and we have called him to get a price. We would definitely use him again. He was really wonderful and we wouldn't use anyone else.

Description of Work
I used the services of William E Carr Jr to install new windows in the place of old ones. He cleaned the windows and also did some drywall work.

One man came by himself. He was able to clean all 24 windows inside and out in one day. They cleaned up after themselves, and were careful of my belongings.

Description of Work
I hired William Carr to clean 24 windows at my house.