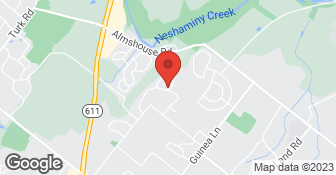 ImproveRite Home Remodeling is the trusted name for all of your home remodeling needs. We are committed to delivering unsurpassed quality in products, in workmanship and in our service every step of the way. We believe our home remodeling customers are our best sales people. We offer every customer an industry leading lifetime warranty on installation and materials. We are committed to to providing the best value for your hard earned dollars. ASK ABOUT OUR APPLES TO APPLES GUARANTEE!!  …

Family owned and operated company for 40+ years. We are a full service company "one stop shop" for all your construction needs. We employ only highly qualified carpenters, plumbers, HVAC techs, electricians, and more. So, no matter who you come into contact with when dealing with us you will receive experienced, professional, and courteous service. We specialize in all aspects of home improvement, design, and construction. My company has the ability to work with you on large or small projects, as well as much needed repairs. Whatever it takes, we have the ability to do a complete job for you. Let me assure you that all work done in your home will be carried out in the most professional manner with as little disruption to your family routine as possible. A photo gallery of completed jobs is also available for you to browse through at www.fxwbuildsit.com. Francis X. White Builder Inc. is completely insured with business liability, workman's compensation and builder's risk insurance. We offer free estimates, so call for yours today. Thank you for considering Francis X. White Builders, Inc. for all your home improvement needs. I look forward to being of service to you and your family. Award winning.  …

Bath Planet by Modern Bath has been providing homeowners in the Greater Philadelphia area with affordable, high-quality bathroom remodeling options for years. We provide a wide range of services to fit your specific needs, from creative replacement tubs, showers, and surrounds to accessible bathtubs, all at an affordable price! ONE DAY BATH! Lifetime Warranty! Ask me Our outstanding customer reviews will tell you all you need to know about Bath Planet by Modern Bath. Our affordable, high-quality bathroom renovation services routinely receive excellent reviews from consumers, with many returning clients. The reason for this is straightforward: it’s all about quality. We exclusively utilize multi-layer acrylic tubs and showers, and we ensure that every project is completed quickly and flawlessly. We can finish most installs in as little as one day since our items are custom built based on exact measurements of your Philadelphia bathroom, so you won’t have to deal with a drawn-out and ugly remodel.  …

We were replacing all of our major appliances. Initially we used another contractor, a plumber, to install our dishwasher. While he connected the plumbing ok, he did a horrible job actually installing the dishwasher- wound up taking him an entire day to try to install it, and in the end it was completely loose. In a rush to fix the situation, I found Hahn Home Improvement. Kevin was very pleasant to deal with, came out quickly and, despite having to fix the errors done by the previous guy, was able to correctly install the dishwasher- what a relief. While he was out, I noticed that he had some awards for general remodeling, including electrical work, so I asked if he could install an electrical outlet for our new electric range (the previous one had been hard-wired). He didn't have time that day, but came out the following day and did it no problem. Very pleased with his service and will definitely use him again.