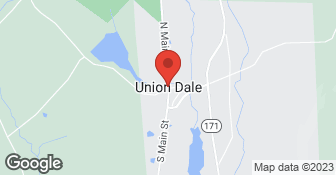 With over 5 years of professional handyman experience, here to provide handyman services, fixups for your home.  …

Thomas Kitchens has been in business since 1960 and most of our employees have been with us for over 30 years! We have the knowledge and skills to make any thing happen.  …

I asked him to come out and measure my house for windows. As I had a person from Home Depot come out the week before, I had most of the measurements, which he relied on. That was in late July or early August. I just got an estimate now (almost October) and, despite the fact that he said he thought I could get Anderson's inexpensively (he was wrong) he broke nothing out for me to do a cost analysis with. When he gave me the initial bid, for the entire job and I asked how long it would take him to do the job and I divided the cost of the labor by the hours, he was going to be making about $85 an hour for labor. He never gave me an estimate which worked...meaning, I had asked him for a room by room estimate so I could get the job done in stages. He kept saying that he was too busy, it was taking him too long to get the estimate (this means he had no idea how much it should have cost in the first instance) he was working with his kids on another job for someone else. He had to come back a second time to take his own measurements since the Home Depot measurements did not work. He could have taken them from the beginning. I would absolutely never use him unless he gave me more details. If he can't even give me a straight up estimate, how can the work be any good?

Description of Work
Took about 7 weeks for an estimate, finally received after calling many times, and it simply says "this is the estimate you requested for 23 windows. This price includes labor and material costs."