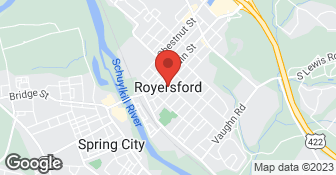 Blackforest Landscaping & Snowplowing, Inc. is a full service landscape maintenance, hardscape and concrete company. We are registered with the Office of the Attorney General as a Home Improvement Contractor....

I used Blackforest Landscaping and Snowplowing for almost 20 years at my prior residence. They were dependable, and did quality work. I used them for lawn cutting, spring/fall cleanup, mulching, etc, as well as unscheduled jobs such as tree removal. I've relocated within the past year, so I don't use them anymore, but I would highly recommend them for all landscaping needs.

I contracted Blackforest to do a pretty extensive lanscaping/hardscaping/lighting renovation on my property. Their pricing was competitive, higher in some areas and lower in others, and I decided to go with them. I'll start by saying their customer focus is severely lacking. The proprietor was continually slow to respond to my communications, and he generally prefers to reply by text, which I find very unprofessional, especially when I'm calling him with questions and concerns. He also is not personable at all, and I felt like any time I had to speak with him was a bother to him. Because of weather he had to delay the start of the project, which I understand. However, the week prior to his eventual start date it rained on Monday and was sunny the entire rest of the week, and he didn't start my job, nor did he contact me on any of these sunny days telling me he wouldn't work that week. As for the quality of the work, in some ways the crew did a great job; the stamped concrete front walkway looks outstanding. The landscaping work I would rate as a B, they look pretty nice, though the grass seed he used in the areas that used to be flower beds resulted in more weeds than grass. He also threw out some plants my wife really wanted to save and transplant. The lighting looks nice, but he installed it without discussing with us any options or what we really wanted; maybe it was a bad assumption on my part that he would discuss this with us ahead of time. My biggest complaint is he completely messed up my installed underground sprinkler system: the sprays in my front flower beds don't even work any more. Initially when he was "done" I found that the sprinkler line to the beds ended in an open hose pouring out water. After calling him about 5 times he finally fixed that, but it revealed another leak under the bed. That one he fixed fairly promptly, but that led to another leak under the bed in a different location. At this point I no longer want to "bother" him, and I plan to call an irrigation specialist to fix it once and for all.

Weed Man is a network of locally owned and operated lawn care professionals providing environmentally responsible fertilization, weed control and integrated pest management services. For over 50 years, Weed Man's promise has always been the same: We treat your lawn as if it were our own and provide you with honest and open communication. Find us on Facebook, Twitter, Google+, or just visit our website to stay in touch!  …

LAWRENCE SITE CONTRACTORS has been in business since 1989. We are family owned and operated, taking pride in our service. We specialize in masonry, concrete sidewalks and patios. Services include asphalt paving, stone, footers, & EP Henry walls. Included is also lawn maintenance, mulching, pruning, storm cleanup - tree removal, excavation & drainage issues due to grade. We are fully insured and licensed with the state of Pennsylvania.  …

All residential flat concrete work services provided. Including drive ways patios side walks garage floors and basement floors and stamped concrete as well. In the business for over 15 years  …

How is Blackforest Landscaping overall rated?

Blackforest Landscaping is currently rated 4 overall out of 5.

What days are Blackforest Landscaping open?

Are warranties offered by Blackforest Landscaping?

No, Blackforest Landscaping does not offer warranties.

What services does Blackforest Landscaping offer?