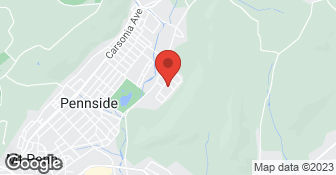 Couple weeks into our house, and we are discovering things that do not work or barely work for us. This comes as a completely rude surprise after we had a thorough and complete inspection done using ARTI services. Even simple things such as the dryer are completely dysfunctional and turning it on for the first time created a whirring sound so loud as if the roof was coming down. Similar experience with the heating system, it makes crackling and popping sounds, when the heating system kicks in and closes out. Water was bypassed from going through the water softener and the cable was not even plugged in. None of this was ever brought to our attention or mentioned in the report before our purchase so I have no idea what kind of home inspection was done by ARTI and I got him to inspect looking at his track record which is all misrepresented as per me. Having to deal with all these issues right after we purchased a house is traumatic, we feel let down by the ARTI inspection company that failed to identify and report these issues upfront.

He is extremely thorough with his inspections, taking the time necessary to inspect and inform about the house. He knows the subject matter very well and it shows when he's in the house.

Description of Work
David has performed many homes inspections for my clients over the years and I highly recommend him to my friends, family and prospective buyers. He is attentive, informative, helpful and pleasant in all ways.

My wife purchased a home in Abington PA and the home inspection was detailed and spot on. It was a Homepath Mortgage (Fannie Mae) and no repairs were to be made by the seller but we were prepared for the necessary repairs once we settled. We were satisfied with the inspection!

My new husband and I were on the hunt for our first house and didn't have a huge budget. The first home we put an offer on was a short sale (on its way to foreclosure, but not quite there yet). The bank insisted we do the home inspection within ten days, which was before they would ever possibly be able to get through the process to respond to our offer - which should have been a HUGE red flag, in hindsight. After talking it over with our realtor, I called several inspections companies for quotes. ARTI Home Inspections was not the absolute cheapest, but had availability when we needed it. A few days later, we met David at the property. He was very nice, a little dorky, but in a good way - we could tell he knew exactly what he was talking about, and cared about doing a thorough job. He wasn't able to inspect one of the main utilities, as it was shut off. (Another red flag - getting utilities turned on for an inspection is the responsibility of the buyer, but that can only happen when the buyer or realtor is informed they are shut off in the first place!) David spotted a problem with the heating system, and said it might be a gamble about how extensive a repair would be needed, but that odds were that it was a minor issue. He even went up on the roof (this was late October, and fairly cold), which apparently some inspectors don't normally do. There were a handful of other issues with the property that we hadn't noticed, and that helped us make an informed decision about what our best offer would be. A comprehensive PDF of David's report was emailed to me the following day, complete with photos and notes about all the specific areas of the house and surrounding property. Unfortunately, the deal fell through, as the bank decided they wanted 10k more than the list price, no negotiations. With the issues David uncovered, there was no way we were paying what they wanted. So the search continued. About six months later, we found another house that seemed like a good fit for us. We already knew that we'd be using ARTI again, since we were pleased with the service before, regardless of how the situation ended. This time, negotiations went as normal, and we scheduled ARTI for an inspection just prior to the final agreement. David came and went over the property as before, while we followed and he pointed out minor problems. The house (built in the late 1800s) had been completely remodeled by the owner in the last year, with new electrical and water lines and everything. David noted the workmanship and attention to detail and building code in several places, which put our minds to rest about the quality of the job. As a young couple trying to learn very quickly all we needed to know about buying our first home, David was very helpful and willing to answer all our questions. We ended up buying the house, and hopefully won't be looking for another one for a good while! But when we do, ARTI Home Inspections will be first on my list to contact.

Description of Work
During our search for a home, David inspected two different properties for us. We were first-time homebuyers, and he was happy to have us follow him around while performing the inspection. He explained what he was looking for and why certain tests were recommended, but never pushed for an upsell to get us to order more tests or services. He also informed us he was an inspector for the FHA, which was great because we were getting an FHA loan and he could tell us what the FHA inspector would look for (or probably miss).

Thanks for the review! I'm happy the 2nd home worked out for you and that I was able to give you peace-of-mind with your home purchase. Good luck with everything!

We are a full service home inspection company providing professional inspections for Montgomery, Bucks, Berks, Chester, Delaware & Philadelphia Counties. We are ASHI Members and have various liscences for Termite, Radon, Asbestos and Lead Inspections. We pride ourselves on the quality work we provide, while delivering great customer service! Check out all the services we offer below and call -or- click to schedule a free estimate today!  …

Insured
All statements concerning insurance, licenses, and bonds are informational only, and are self-reported. Since insurance, licenses and bonds can expire and can be cancelled, homeowners should always check such information for themselves.To find more licensing information for your state, visit our Find Licensing Requirements page.
General Information
Free Estimates
Ask for details.
Eco-Friendly Accreditations
No
Payment Options
Check, Visa, MasterCard, PayPal
Senior Discount
No
Warranties
Ask for details

ARTI Home Inspections LLC is currently rated 4 overall out of 5.

No, ARTI Home Inspections LLC does not offer eco-friendly accreditations.

No, ARTI Home Inspections LLC does not offer a senior discount.

No, ARTI Home Inspections LLC does not offer warranties.

Are there any services ARTI Home Inspections LLC does not offer?