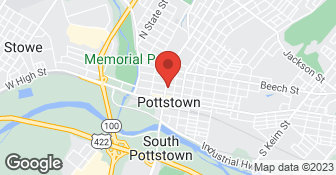 J.O.B. Design & Construction is a design/build firm. We are respected and trustworthy General Contractors with over 30 years of experience in the construction industry serving Pennsylvania and New Jersey. As leaders in the construction industry, we guarantee excellence. -Mission Statement- As Leaders in the Construction/Remodeling Industry, the MISSION of J.O.B. Design & Construction is to provide each customer with the Best Service from a Knowledgeable, Professional, Educated, and Helpful Staff. We strive to exceed our client's expectations with Creativity, Innovative Ideas, and Master Craftspeople. Our goal is to work in partnership with our clients to fulfill their construction needs. We are the "One Stop Construction/Remodeling Specialist."...

Please text 215-385-1351 Check out our YouTube channel Hi my name is David Condon owner of C&C plastering. We offer exterior stucco Remediation - replacement - siding - stone - gutters and soffits calling is good but texting is better for me or emailing We can do quality work in record time just read our reviews We stand by our work with the best warranty out there . All work is completed with my supervision at all times. I am very familiar with all stucco related problems, kick out diverters, drip caps, lack of expansion, and weep screen where foundation meets wood framing . My main priority is customer satisfaction because it is my bread and butter. Take a look at my website to see some of my work www.ccplastering.com, we are also on YouTube check to our videos or call us at (215) 385-1351.  …

For over 25 years the Storione family has been consistently redefining home improvements as a true family business. Our commitment is quality products and quality installations to provide customer with a lifetime of performance from our products. We are not general contractors and we specialize in only windows, doors and siding and we have it down to a science. As we move forward and always staying on the cutting edge out missions is to minimize you homes energy consumption through high performance windows, siding and doors. We feel that is our duty to do our part for our environment to create a better future for everyone.  …

Wonderful! We love it.

Description of Work
Front walkway, side walkway, back walkout all replaced

Thanks for the review [members name]. We appreciate the positive feedback. Hope to do business again in the future.
5.0

I was referred to J.O.B. From the first meeting I liked them. I had no idea what I could and could not do to make the 2 spaces one. the came in listened to what I said and wanted and came up with ideas I never would have thought of. Walls came down, heaters came out of walls and my electrical was a joke. I needed to keep my fridge plugged in and they worked around that. I had cats and each day when the guys left they let my cats out of where I had them. I think I had the cleanest possible construction zone on the planet. Each day they cleaned everything up and put it all in a corner, which they did on their own, not because I asked. They taped off the areas with I lived in with plastic to keep the dust to a minimum. On weekends the pulled the plastic back so I would move around easier.. I promised I would not make changes, they laughed when I said it and of course I did. They guys that worked on my kitchen were super nice, friendly and professional. While they were not the cheapest price I received, the others did not offer my the ideas and options J.O.B. did.They offered suggestions, helped my make decisions and let me get lot of the products on my own, (dishwasher, range hood, countertops, ceiling fans, switches, outlets and cabinet handles). They did not tell me I had to go thru them for anything. They gave me suggestions when I asked. They said the job would take at minimum of 4 weeks, it took 5, I thought it would take at least 6.. There were an area or 2 I wish they would have done differently, like they had to put a piece of wood in one area and they did it in 2 pieces and I think it should have been 1. They had to come back to fix some things I do not think they should have missed, like glue not cleaned up on joints, nail holes not filled in, large gap at the top of a spice drawer. But these were minor and quickly corrected. I would have 2 suggestions - the first, which I am not sure anyone does, was make a complete list of everything use, the color, who supplied it and where it came from, not just for them but to give to the customer at the end of the job. I wanted to get some caulk grout, I had original bought the grout, but I was not sure what color it was to match it. The other is when the work was complete, someone that did not work on the job should come and inspect the job completely. I love John O'Boyle and everyone on his team that I had any connect with were wonderful. Would use them again in a heartbeat

Thank you for the great review Irene! We appreciate the positive feedback. It is our goal to provide our clients with the best service possible.
4.0

As projected was in site coordinating activities and made us aware of what was upcoming the next day.

Thanks for the review! Hope we can do business again in the future.