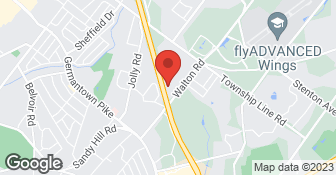 “Servicing Your Technology Needs” Sales,Design,Installation and Service Of the following Structured Wiring (cable and internet wired throughout the home or business) TV/Flat panel Installations ( Mounting of your television or video display anywhere you would like) Surround sound Media room systems House Music (Speakers throughout the home or business) Outdoor Media systems ( Speakers and or Television in your yard or on the Deck) Home Automation ( Secure Integrated control of music,video,cameras,lights,shades,heating,air,door locks etc.. from one app via phone or tablet from anywhere in the world) Home Networks wired and wifi ( WIfi access throughout the home and beyond) Lighting Control ( Energy management and control of lights from home or on the go) HVAC Control ( Energy management and control of Heating and Air conditioning systems from home or on the go) Security Cameras ( To monitor and record properties for safety and security, with availability to be viewed anywhere in the world via a smartphone or tablet) Telephone systems ( For use as intercom throughout the home or business)  …

They charge too much if you ask me. I switched over my phone and it was a mess.I had to call them back again because they lost up my son's telephone connection. I'm always glad to have the TV, that's important and they are good on the TV. The phone needs to be desired.

Description of Work
I use Comcast for phone and cable.

The installer was on time and was friendly, knowledgeable and thorough. The house we bought was previously owned by an older couple who had cable in two rooms and very old phone jacks and there was a lot of work for the installer to run the lines to the various locations. He made the install with as few penetrations of the house as possible and ran a lot of the lines around the exterior. I had purchased the triple play with all services and think its a good rate for the introductory term. Having had Comcast before when living in the Fairmount section of Philly for years and then briefly having a local provider in Berks County I can say the dollars are even and the selection of shows in On Demand for free and for pay are infinitely better with Comcast. It was like looking at a library that charged you to rent one of 5 books that were laying around for free elsewhere. We have been in for a few months and you have normal occasional internet going funky and needing to reboot the modem or PC sometimes, but its been reliable most of the time and the cable tv and internet phone have been reliable without fail to date Then only thing is I am now waiting for is the free gift card which comes after paying for so many days, have to follow up on that in a month. Also their online payment methods and account information have vastly improved I dont know which of the comcast providers listed in Angies List is the one for Montgomery County PA, as their Willow Grove office is not listed but presume they are the service base for the installation.

Comcast I'm not really happy with them right now. But they are just so big and huge it probably doesn't even matter what I say anymore. They pretty much switch and take away your service and add, over the last two and a half years they have increased our price by 25 percent pretty much and haven't given us, they actually took away some of our services. Yea it's not cool. I'm not really a fan. We have been with them for like ten years and we literally have been on the phone with them for the last, my husband and I have talked to people there at least five times over the last couple months and they are not really interested in doing much to help us. I think we are going to be leaving them since Verizon is now available for us and we can go there and get pretty much the same service at least for the next two years for less. The wires don't always work, we have had a lot of service issues with them. They have to come out and dig up our yard again and they are not really giving us much as far as, like our service has been off and on for a few weeks now and just finally they are getting somebody out to fix it. It's kind of been a nightmare to tell you the truth. There is probably way other complaints on Comcast, I don't know if it even matters.

Description of Work
Comcast we get phone, Internet and Cable. We have one of their triple plays.

when they came to install, they did not have dvr's but digital subscriber boxes, and said they would play what was recorded on the one dvr i currently had. i said that was not the deal on the phone, called to check, waited forever, and then was told that the dvr's should not have been offered, and they would have to check with a manager on the offer.I then said I wanted to cancel the upgrade. Then I was told I was not authorized to make changes in the account (it was temporarily in my neice's name at the time). I told them I was obviously authorized to make a change when they got me to agree to the upgrade- they said that was a mistake. I refused the insatallation. It took two more months to get the account changed back to my name, I never did add the phone service.

Description of Work
comcast offered me an upgrade to add telephone service to my existing service, offered dvr's for a year at no charge, for less than what i was paying.

They were better in what they used to be. We used to have their cable for both computer internet and TV. However, we had a lot of problems with the TV. They could not give us a good signal. The technician who came was pretty good. He said that the reason why is because we are at the end of the line. They would not put a booster here to give a signal, but their internet was fine.

Description of Work
I used Comcast for TV cable and internet service.

Comcast is good. I have a good package. I had looked at the services and cost that Comcast provides and I am satisfied.

Description of Work
I use Comcast for my internet service and cable TV.

I pay them every month and they are over-priced. It is the only cable service that I have used. The main reason we are using them is that because it is not feasible for the other service providers to provide us with the cable service. Their responsiveness and professionalism has gotten better.

Description of Work
I use Comcast for cable service.

You have to keep an eye on them. You have to call them every month to make sure that they keep the price they gave you. I like them because the service is good. If you call them, they will come. 99.8% of the time, they are able to resolve the problems. We have a good package. We don't have a big package, but I like the one that we have. We have Starz and other channels. I would refer them to a friend.

Description of Work
I use comcast for internet and cable TV.

I don't have anything to compare it to. I do think they are too expensive. I will continue to use them unless I can find something better .

Description of Work
We have cable tv service through Comcast.

I would grade them B's across the board. I have not had any need for them to come out. I will continue to use them.

Description of Work
They are my cable, internet, and telephone provider.