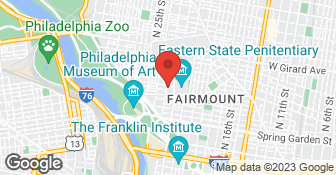 Ortiz HVAC understands how important your home is and how difficuilt it can be to identify technicians who are affordable, trust worthly and reliable. We provide quality workmanship and superior service with professional, dependable and knowledgeable technicians for your complete heating, air conditioning and indoor air quality products, that's our promise to you. Our goal is to exceed your expectations in form function and value....

This guy Joe Ricca is an absolute flake and a liar. He was suppose to install a heater for me under warranty. I told him that he would need to get ahold of the warehouse where the heater was shipped to. He said no problem. Every time I called him he said that he called the warehouse it was not a problem. He flat out lied. I eventually called the warehouse and they said that he was suppose to pick up the boiler 2 weeks ago, and that they were shipping it back. Shipment of steam boiler is $800 round trip and that even though it was under warranty if I had to order it again from the manufacturer I would be on the hook for $1600 for 2 round trips. When I found this out, I called him 4 times and left messages and also texted him 6 times to find out what the deal was. He never responded. He could have said I don't have time, I don't want the job... BUT NOTHING HE NEVER RETURNED MY CALLS! This guy is terrible. He lied to me and now I'm on the hook for shipping for something that should have been free if he would have just picked up the boiler or said that he didn't want the job. There are many hard working honest people out there. This guy is not one of them.

They were on time and very professional. They went right to work and explained ahead of time what they were going to do. They were very courteous. In the end, they showed me the work they did before I paid. The workers are very good.

Description of Work
Last year, they installed a small tub in my basement. It was about $750. They also did some pipework in the basement which was $2,500. They've done work for multiple years for me.

Boyermah electronics services LLC. is locally owned and operated by qualified professionals who foremost interest is providing quality services to it's clients.  …

Here at Zoom Drain, we are best known for fast response times and our ability to provide focused solutions to drain & sewer problems. From sinks, toilets and tubs to main lines and sewers, our team of drain & sewer professionals are ready to provide you with fast, expert services.  …

How is Ortiz HVAC overall rated?

Ortiz HVAC is currently rated 4.8 overall out of 5.

What days are Ortiz HVAC open?

No, Ortiz HVAC does not offer a senior discount.

Are warranties offered by Ortiz HVAC?

No, Ortiz HVAC does not offer warranties.

What services does Ortiz HVAC offer?

Are there any services Ortiz HVAC does not offer?