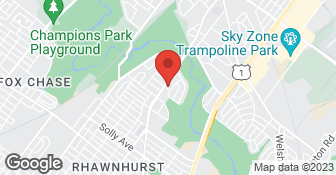 Espinoza's Family Landscaping is a small family owned business. We work hard to provide you with beautiful landscaping work at reasonable and affordable prices! Our business works year-round so we are available for any season, event, or job needed. Our business also does cleaning services, where we remove any unwanted furniture from homes or garages. Perfect for the Spring cleaning time! Checks are most preferred....

I would never use this company (Espinoza’s Family Landscaping) again. I initially laid out a detailed statement of work including types of trees & bushes. Original estimate was $700 but the day of work it became $1,500. Majority of work was done by one laborer because the owner was continually getting materials. Business owner changed tree selection because he had no knowledge what was available even though he initially said he could give me everything I requested. Didn’t supply the right stone or add the weed deterrent cloth. Requested cash each initially and during work and after work done. Items supplied were of lesser quality because they were all bought from Home Depot (tags attached). All trees & bushes allegedly had a one-year guarantee. I paid the final bill with his promise that he’d return and correct or add what he forgot. Never came back after numerous emails & phone messages. He also was informed much of what he planted (trees – bushes) had died but he also ignored replacement notifications.

We have the experience and dedication to get the job done right! Specializing in cleaning services; We guarantee your satisfaction, and we won't leave until the job is done right. We pride ourselves on the quality work we provide, while delivering great customer service! Call or click for your FREE estimate today!  …

Magazzeni Concrete and Masonry, Inc. was founded in 2014 as a privately owned company. As a privately owned company, we remain fortunate to have an owner that is involved in daily operations and functions. Today, Magazzeni Concrete and Masonry is a company offering a wide variety of services, specializing in Concrete Construction in the Southeastern Pennsylvania region. We are legally licensed and insured to perform work in this area.  …

Espinoza's Family Landscaping is currently rated 1 overall out of 5.

No, Espinoza's Family Landscaping does not offer eco-friendly accreditations.

No, Espinoza's Family Landscaping does not offer a senior discount.

No, Espinoza's Family Landscaping does not offer warranties.

Are there any services Espinoza's Family Landscaping does not offer?