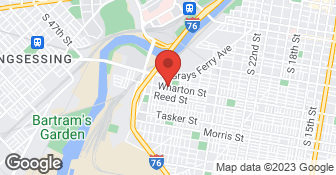 As everyone knows, pests that live outside of your home don't belong in your home. Green Pest Solutions is prepared to tackle those invasive pests in an effective, family friendly manner because we know that a safe home is important to you. Our “Green Band Protection System” is designed to get rid of any pests inside your home and then make is so they can never get in again by securing the outside perimeter of your property. Each of our highly skilled technicians are trained in the latest application methods, proper equipment use and maintenance, and will answer any questions you may have about the materials being used to treat the areas around and inside your home. As your local Green Pest Solution provider, we stand behind our Money Back Guarantee, because we will respect your home as if it was our own, and your peace of mind is important to us. But don’t take our word for it! Read some of our over 1000 Angie’s list reviews. We have been an Angie’s List Super Service award winner four years running due to our exemplary ratings!  …

At Green Pest Management, we offer dependable residential and commercial pest control services. We provide our employees with thorough training to ensure the job is done right the first time around. We offer a variety of options to control a multitude of different pests, including mosquitoes and ticks, ants, wasps, mice, and much more. We know that nobody wants to be in a position where they need to call their local pest control company, but you can count on us to be there for you when you need us most.  …

A Pennsylvania based business operating since 1982. Specializing in trapping, removing, and relocating wildlife using humane methods. The overall goal is to reduce the stress for homeowners, business owners, and animals throughout the removal process. You can reach at (646) 586-0227 and/or (267) 819-2013.  …

We discovered yellowjackets nesting in the side of our house, and within a day of seeing the first one they were coming into our living room in large numbers. I called several exterminators, but Howard from City Wide responded fastest, listened to my concerned and made a plan to come out that evening. He was courteous, took time explaining the issue, and resolved the problem that night. Highly recommend.

Howard is EXCELLENT! He was on time, followed up, informative and kind. He stays with the job until complete. He only needed to exterminate one time and the problem was solved. He is an angel!

Description of Work
Extermination of fleas.

I was initially attracted to this company because of extended hours (until 6:30 p.m. on Monday, until 8:00 p.m. on Tuesday-SATURDAY). I spoke at length with owner Howard, who quoted $225-250 (minus 10% senior discount). However, because he said that he needed visible mice or droppings - which I did not see - he was unable to perform the work.

I previous used a bedbug exterminator who charged me 400.00 for one of three treatments. They came into my house and said that they would use a heat treatment along with a bomb and told us we had to leave the house. We knew that we had a problem in one bedroom but he tried to show me bedbugs in all three bedrooms, but I couldn't see what he was trying to show me. Anyway, he told us that he was going to use the heat treatment and the bomb and that it would take three hour for the bomb to go away. We left the house and less than three hours later he called a said that we could come back. We are still trying to figure out how he heat treated and bombed three bedrooms in less than three hours. We wouldn't allow them to come back for additional treatments. Needless to say, we still had bedbugs, now worse than ever. (This provider is not on Angie's list). I went Angie's List and found Citywide Exterminator and problem solved! Mr. Richardson took the time to fully explain his treatment and also explained why heat treatments and bombs don't work. He also explained why his treatment only require one visit. He questioned me extensively about our infestation and assured us that the bugs were most likely confined to the one bedroom. I did a lot research concerning the prices for different extermination company and the prices range from 1000.00 to 3000.00 dollars. Citywide charge me 300.00 for the one visit, and assured me that there was no need for three treatments. After Mr. Richardson completed the treatment he sat down with us and showed us different research papers from different university studies explaining why his treatment is successful. We didn't just purchase eradication we purchase peace of mind, and anyone who has or had begbugs will know what I'm talking about. Lastly, Mr. Richardson is an honest and fair provider. He could have easily gotten more money from us for addional treatments or charge us more for the one. For the life of me I don't know why he was rated a B for price. Bottom line is, we fell in love with house again.

Howard, the owner, was nothing but helpful from the moment I called to make the appointment. He was very flexible and worked with my schedule to find a time that worked for us. He gave very clear instructions about how to prepare the rooms for treatment. He was very responsive during the preparation, answering all of our questions. After the treatment, Howard continued to check in with us every couple months to make sure that the problem was taken care of. We continued to get a few bites, but it tapered off over about a week, and then nothing. I would highly recommend City Wide Exterminating for bed bug treatment.

Description of Work
Treated two bedrooms in our house for bedbugs.

He thoroughly explained the procedure over the phone before arriving and told us how to prepare the room. He arrived on time, sprayed for bed bugs, and we haven't had a problem since.

Howard did his job and I haven't had any problems since then. He was on time. A very nice gentleman. Answered all questions asked and even explained things asked you did not know. Because the work was done and no other problems, I would not hesitate to contact them again for pest problems. I would recommend them to others. I had tried sprays from the different stores and nothing worked. I did not even know what it was until I talked to someone..

Description of Work
I had a bed bug problem, and contacted City Wide Exterminating Service/Pest Control and spoke with Howard about my problem. He made an appointment to come out and verify that was the problem. He then made another appointment to come out and exterminate the room. He told me what I had to do before he could do his work. Remove different items from the room, Wash all linen in hot water. I didn't have to remove any furniture. He took care of that.

The tech told me the wood was just rotten, not infested. Thanks for saving me a bunch of money!

Description of Work
I asked for a quote on extermination.

An initial treatment plus a followup treatment failed to eradicate the bedbugs. To prepare for the initial treatment we completely emptied the bedroom of all of its contents, including closets and drawers. This was all for naught.

He was prompt and very friendly. He removed the problem and was done in no time. He explained everything to me as well.

Description of Work
They removed a wasp nest/hive.