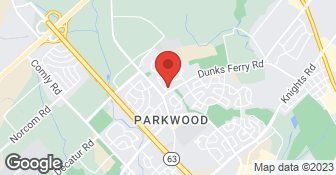 I have never written a review in my life, but in this case, I have to so that you understand that these people are scammers. First off (and I should have checked first), their Better Bussines Burau Certification was revoked on 2/27/2018 for the below: _________________________ Accreditation Revocation On 02/27/2018 this business's accreditation in the BBB was revoked by the BBB's Board of Directors due to its failure to adhere to the BBB requirement that Accredited Businesses meet and abide by the following standards: 6. Address marketplace disputes quickly, professionally, and in good faith. 6A. Promptly respond to all complaints forwarded by BBB by: Resolving the complaint directly with the complainant and notifying BBB, or Providing BBB with a response that BBB determines: is professional, addresses all of the issues raised by the complainant, includes appropriate evidence and documents supporting the business' position, and explains why any relief sought by the complainant cannot or should not be granted. ___________________________________ The first time a technician came out, he didn't even open the panel but was certain that the issue was that the machine needed a new panel. It seemed odd to me that he would know without opening it, and called the company to express this as he left. They said that this guy had been doing this for years and knew what was wrong by just looking at the machine... OK. They switched out the panel (after countless calls that were not answered to confirm the arrival and scheduling of installing this piece) and said that a new latch was needed because it wasn't communicating properly with the board. OK. The latch gets ordered. They assure me it's arriving a week later. We are in the process of moving out and wanted to get this fixed for our buyer asap. The whole process took over 2 months- since August. I call to ensure the delivery of the latch is on time, they assure me it is. I call on Monday to confirm a time for installation, they tell me the piece is delayed an additional week. I could not believe what I was hearing. The latch finally arrives and they come to install it. The machine works for 2 minutes after the technician leaves our home, MEANING IT WAS NOT FIXED. The issues are still there. He comes back. Goes through the whole process again, shows me where the machine is burned out, tells me that there is nothing he can do and that we can only get a new machine at this point. After 2 days, I finally hear back from Amber their manager (after 10 calls, 2 voicemails, and 3 text messages to Amber and the office, where its rare someone picks up the phone). She said that I said the machine worked and that there is nothing she can do that the owner won't refund. And that if I wanted they could continue to try to fix it (and steal our money). I called out that I could not believe she was saying that after the guy that was here to fix it said we needed to get a new machine. This cost us $360- we could have alread brought a new dishwasher. They make you pay before you order the piece that is needed for the repair. I can't believe this type of company is listed on Angie's List. I also wrote a review on Yelp as I'm appalled by this experience and want to make sure nobody else has to goes through it again.

New unit would not make ice and began leaking into the unit downstairs. I could not get them to respond to my calls or texts. DO NOT HIRE THIS COMPANY.

Description of Work
Refrigerator was leaking and ice maker was replaced.

The tech came in a Jeep, not a company vehicle. He had very few tools and nothing to clean up after himself. He left an oily rag on my sink. Dirt and debris weren't cleaned up. Even used my dolly. He was very friendly. AHS didn't send an installation kit with the dishwasher & he informed me even though the installation was included in the replacement of my appliance he was going to charge me for the Installation Kit & the kit didn't include the one foot extension hose he needed. He drove 10 minutes to Home Depot to get the one foot extension hose. It was a standard install. Nothing unusual about my kitchen. He didn't have the right installation kit. He made it clear I would have to pay for the installation kit since one wasn't sent with the dishwasher. I said I would deal with AHS to get a refund. His company was paid by AHS to install the dishwasher and again $150 by me. I am still fighting to get the money back. They are claiming the kit was a modification even though it only included the hoses & connectors that come with a normal install. The company refuses to send me an itemized bill showing what the "modification" is that I had to pay $150. When the refrigerator was installed the tape for the drawers & glass were only partially removed. I am still trying to figure out how to get the tape off. They didn't want to take the cardboard box and expected me to recycle it. I had been clear to the company they were not going to leave the box for me to recycle. The installer with the big truck said he couldn't promise it would make it to the recycling place since he had no way to tie it down. That wasn't my problem. He left the box on the side of the road a short distance from my house. I filed a police report against the company. Hilltown Police removed the box. The same man was so arrogant in helping his partner bring the fridge into the house they almost damaged a 200 pound, $2000 dining room table, walls, etc. Again they were using my dolly, rushing & not careful. They improperly moved the dining room table which would not need to be moved if they were being careful and created a gap in the table extension. I had to move it back.

Description of Work
They were sent by American Home Shield to first install a dishwasher and then a refridgerator.

IT WENT GREAT! I DON'T KNOW WHAT PREV,CUST WAS TALKING ABOUT ,I THINK THEY WERE AWESOME,EVEN CHECKED MY GATE FOR ME JUST BECAUSE I'M A OLDER LADY,VERY SATISFIED

They were very professional, courteous, and punctual. The technichians came on time and were VERY professional, mindful of my pets and performed a GREAT job. They did such a good job I am considering having them back to replace the ceiling fan in my master bedroom and would highly recommend them.

Description of Work
Ceiling fan replacement in the guest room.

I feel like they are completely ignoring me and I wanted to let others know about this so they don't go through the same experience.

Description of Work
My refrigerator stopped working. They came out to house and unplugged the refrigerator from the extension port and plugged it into the wall directly and said that this would fix it. There continued to be problems and they made an appointment to come back out but then never showed up. We rescheduled for a second time and they didn't show up to it either.

We are open and accepting business!! Implementation of recommended safety precautions are at top of mind through personal protective equipment, social distancing, and cleaning/disinfecting during this time. Owner operator. I provide dryer vent cleaning, repair and installation for dryer vents in Bucks and Montgomery Counties and Philadelphia . I am licensed and insured. I provide service for both residential and commercial buildings, working with the highest performance and advanced equipment for the best results to keep your home safe from fires and your dryer running efficiently. I take all major credit cards, checks and cash.  …

Specializing in AIR DUCT CLEANING, DRYER VENT CLEANING, POWERWASHING AND WINDOW CLEANING AND GUTTER CLEANING AND REPAIR SERVICES! We always guarantee your satisfaction and won’t leave until the job is done right. We take pride in ourselves and on the quality work we provide, while always delivering great customer service! Check out our services offered, then call --or-- click to schedule a free estimate today! WE SERVICE NJ,PA AND DELAWARE!  …

Cahill’s Carpet & Upholstery Cleaning provides free estimates for residential and commercial customers. Most estimates can be provided over the telephone. Our commercial references include several large Philadelphia area non-profit service companies, as well as retailers, restaurants, day cares, senior centers, offices and professional buildings. We attract residential customers from all areas of Philadelphia and the surrounding counties as well as parts of New Jersey. The majority of our business is obtained via referrals from satisfied customers and repeat customers. Every customer receives a complimentary bottle of spot remover.  …

Always Affordable Repairs LLC is currently rated 2.7 overall out of 5.

No, Always Affordable Repairs LLC does not offer eco-friendly accreditations.