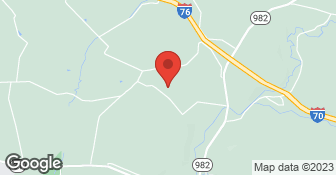 We are able to take care of your residential and small commercial electricial projects. Services offered are new construction, remodel/ old work, and repair and service work.  …

We are a family owned business who has been serving the area for almost 40 years. Our staff electricians,are fully insured and registered. We accept mastercard and visa, and offer free estimates. Our phone is answered 24/7 by one of the owners. We offer emergency repair 24 hours.  …

Give us a call or click for an estimate, today!  …

Called Mr Gardner in April to have leaking roof patched. He came out promptly and looked at the roof. He said could not do the work that day because roof was still snow covered. He told me he would be back day to fix it. He never gave me a price or had me sign anything. He returned a day later and fixed the roof. He did not leave any bill or even talk to my wife while he was here. I called him back the next day to ask how I could pay him. He said he sent the bill to my insurance claim because I was considering filing a claim for the damage. The bill he sent to the insurance company was for $1,074 to patch a few shingles and seal a few loose spots. I called to talk about the bill, he said I could pay him $750, but he insisted on it being in cash. When I questioned why the bill was so high, he became defensive and asked what I thought it should cost. When I replied $300-$400, which was at least double what another roofer charged me for a previous patch job he said "That's a waste of my time" He proceeded to tell me if I wanted to pay him $300-$400 that's fine but he would never patch my roof again and to not ever call him again and he proceeded to hang up on me.