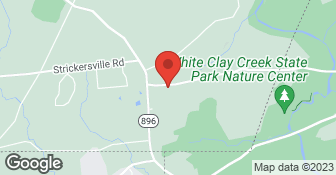 Why choose Everything Gutter? We are Family Owned & Operated. See Benefits & Offers below! Best Price Guarantee! No Money Down on all Gutter services! We Use The Highest Quality Materials Available! Thousands of References! Certified Master Gutter Installers! Fully Insured, Licensed & Bonded! NO Subcontractors! Lifetime Warranties! All Major Credit Cards Accepted! Zero % Financing Terms available! We Match All Competitors Coupons! Our central focus on everything we do is to glorify God. We practice this each and every day by loving our clients, pursuing excellence in our communication and creative work, honoring our word, giving back to the community and people in need, and growing to be better people who contribute to our world so we can make a difference. No, we're not perfect. But we can admit when we're wrong, appreciate criticism, and acknowledge when we can do better - and we'll make it right. We try our absolute hardest to please, think about client projects day and night, and want everything produced to be the best it can possibly be. Relationships are everything and we welcome you into our lives with open arms....

When they called me( which was pretty responsive), they gave me a price and a day when they could come. They never showed the day they said they would, and never called to let me know why. I called them the next day to see if they were going to come, someone said they would check and let me know. I never heard from that person again. They showed up 2 days later, I didn't know they were coming, but luckily I was home. I showed the 2 kids that showed up the problem, they got out a ladder and fixed the problem in about 10 mins.

Description of Work
Needed my gutter and downspout reconnectd.

WOW, just WOW, from the customers review work was completed at a great price within two days by two great young men within minutes and he left a D. Customer called during COVID the busiest time we have ever experienced. We had clearly told the customer he was on an open schedule sometime within the next couple days since he was local we could complete. Within in two days during COVID the work was completed at a great price by two young men:(
5.0

Jimmy and the guys are always great to work with. They are very responsive and professional. Highly recommended!

Joe C. arrived on time and his work ethic, attention to detail and quality of installation was excellent.

I was surprised. I was impressed. It was good. I don't have any troubles with them.

Description of Work
They replaced the gutter at the back of my house. He cleaned the gutters and the porches.

He did a nice job. He came out. I was happy with the service. I liked the price. They were good.

Description of Work
The cleaned my gutters.

He did a very thorough job. He took 2 hours to do the job. We waited and saw. He found a solution.

Description of Work
He repaired our gutters.

Eveything Gutters was great! They were very responsive and showed up when they said they would show. Cleaned out the gutters and the mess that was left. Very happy with the service!

Description of Work
Clean out gutters over 2 stories

The tech did a great job installing the gutters. He was courteous and professional. The only issues I did have were with the sales rep. He did not confirm the appointment the day before and he was hounding me for a review. Also we were advised in the estimate that will get the warranty when the work was completed. That did not happen. We also did not get a receipt other than the cancelled check. Overall I am very happy with the gutters and they good

Requested a first-time gutter cleaning of a newly built house (1 yr old) late into the season (winter holidays)...I was not expecting service until the early spring. Fortunately, the weather was great for a few days this mid-February when a tech (Joe) was able to come out and do a thorough job. I witnessed him double-checking a couple of downspouts, and ensured that they were cleared of debris. His quality work and explanations convinced me to consider and request an installation of their gutter guards and gutter edge whenever their schedule permits this winter/spring. Excellent value and pricing.

At Diversified Roofing Co., we strive to be professional in all aspects of business. We have provided quality roofing, siding, and gutter installations throughout Lancaster, Chester, and the entire southeast part of PA for over 35+ years. Our Lancaster County Roofing Contractor services offer the highest level of craftsmanship combined with unmatched customer service in Roofing Systems, Roof Repairs, Roof Replacement, Roof Maintenance, Siding, Gutter Installation, and Gutter Protection.  …

How is Everything Gutter overall rated?

Everything Gutter is currently rated 4.4 overall out of 5.

What days are Everything Gutter open?

Everything Gutter is open:

What payment options does Everything Gutter provide

Does Everything Gutter offer free estimates?

Does Everything Gutter offer eco-friendly accreditations?

Does Everything Gutter offer a senior discount?

Does Everything Gutter offer emergency services?

Are warranties offered by Everything Gutter?

What services does Everything Gutter offer?