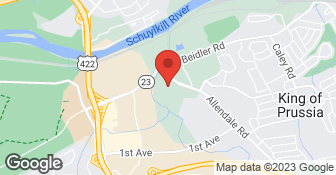 Following all CDC guidelines to keep our customers and employees safe

Unique Indoor Comfort is a fourth-generation heating and air-conditioning company that employs a whole-house approach to indoor comfort integrating the heating, air conditioning, and geothermal systems with the home envelope and delivery systems. Our reputation for superior service and quality craftsmanship has been constructed from decades of treating customers on their terms in providing service with solutions....

They did an excellent service so far so good were very satisfied to the work and the AC is working beautifully and I recommend this to other.

The technician Dennis came out to my house on time to access the situation of the circulator pump on my heater. I thought originally that I would need a new pump. But Dennis look at it did what he had to do with it and got the pump working again. The work Dennis had done save me a lot of money. I really appreciate his expertise on the whole situation. Very professional. I would recommend him and the company to anyone. Thanks!

They did a wonderful job of diagnosing the problem and fixed it at a reasonable cost. Would definitely use aclgain

Description of Work
Central Air was not blowing hot air

Sales rep measured rooms and windows to perform a load cal'n. Proposed a quality Carrier system at a reasonable price. The installation took a little longer than expected due to use of an inexperienced helper, but eventually it appeared to be a quality installation. They met my requests for minor modifications/enhancements to allow easier maintenance. Workers wore masks at all times, used drop cloths along walking paths and shoe covers, so the job was kept clean. Took time to explain system, installation and maintenance points. Were honest about risk of condensate pipe freeze-up and potential remedies, and "orphaned" water heater. Overall, quite satisfied with the equipment and installation. Awaiting finalization of punch list paperwork items.

We are very happy with the work that was done by Unique installing a new gas boiler and tying it into our 1940’s hot water heating system. The estimator Mike, took time measuring every room to be sure we get just the right size unit needed for our house. (An estimator, from another company, didn’t size all the rooms, wanted to put in a smaller boiler and at a higher cost!). The installation was painless. The work was done in one day which included removal of our old system. The new system is extremely efficient and we already have noticed significant savings on gas and electric. Great company to deal with. Would highly recommend.

Unique Indoor Comfort’s technician, George, provided a fine tune up service to my residence's heating system which was well overdue for maintenance. He was able to pinpoint the issues I was having obtaining heat and, in the process, providing a more important service. This by detecting a significant potential health risk to the system when operating at capacity with elevated levels of carbon monoxide readings present in the combustion test and the necessity of having a chimney/fireplace sweep and cleaning conducted. The service call was money well spent. Would definitely use this company again for any additional issues

Hi [Member Name Removed] - So happy we were able to connect and get George out to the house. As you know, he is thorough and passionate with his work. Messages like yours help keep the team motivated during these unprecedented times. Best wishes as we approach the holiday season!
5.0

Crew members Trong Chau, Tan Pham did an excellent job for the installation - prompt, professional, and thorough. Staff Dante Zappala professionally measured and sized the system. Unique Indoor Comfort staff were very slow in providing warranty papers for the extended warranty of the Rheem Water Heater - it took a month to get the proper sticker to validate the warranty - and made it seem like a problem. We hope that they respect the warranties for the A/C and Furnace through Carrier.

I contacted Unique Indoor Comfort, among others, to obtain a proposal for replacement of my furnace and air conditioning system. Unique took measurements off all the rooms (for sizing calculations), answered all my questions, and provided me with a written proposal with several system options ranging in cost. Some other contractors that had estimated this job had failed to either take measurements or provide a detailed written proposal. Although Unique did not have the cheapest proposal for this work, I felt most comfortable choosing Unique for the job because of their professional approach to the work, their ability to answer my questions, and their well-detailed proposal. The installation took one day. The contractors wore booties and put down cloths to keep my carpet clean when moving equipment. The installation went well, and I was satisfied with the quality of the work. The only issue I had was that the installation team forgot to install an upgraded piece of duct work. This duct piece only affected the efficiency of the system, not the operation, but it was included in the contract and touted by Unique as a benefit of their installation. After I noticed this and contacted Unique, they apologized and sent someone to install the upgrade within a few days. Overall, I am very satisfied with the system and the installation.

Description of Work
Replacement of Furnace and Air Conditioner

They were great and does not have any problems with them.

Description of Work
They put in A/C system and heater.

A Unique combination of incompetence and gouging After my recent encounter with Unique Indoor Comfort, I cannot recommend this audacious and incompetent bunch of crooks to a friend, or even an enemy. Our furnace, which is only 4 years and 2 months old, stopped working. Since Unique had installed it and their phone number was taped to the furnace, we called them. They sent a man out promptly (he said they weren’t busy, and now I know why) for a “diagnosis,” which is apparently not the same thing as an “estimate.” A diagnosis is much more scientific-sounding, and costs $99. This $99 is not deducted from the eventual repair bill; it is in addition to the repair bill. After examining the patient, the doctor…excuse me, the repairman said we had a bad gas valve, and he would have to install a new valve, for the sum of $268. Well, I thought, since this company installed the furnace, they must have the part on their truck…right? Wrong! They had to order the part. After a very chilly night, the repairman returned with the new valve. Okay, I said to myself, we got nicked by these pirates for $370, but at least he’ll fix the furnace, and we’ll know enough to avoid this company in the future. But, as Lee Corso would say, “Not so fast, my friend!” It turned out that the valve wasn’t the problem, or, according to the repairman, not the only problem (we’ll never know which). The furnace still didn’t work, because it needed a new circuit board. Fortunately for all concerned, he had an extra circuit board on his truck, so he was able to fix it right away... Hah, hah! You didn’t believe that did you? No, of course he didn’t have the part. It had to be ordered from the manufacturer, like the valve. But on the positive side, he offered to come back the next day to install it, which I thought was a good idea. That night was probably the coldest one of the year (it was in the 20s), and it got pretty brisk inside the house. I see I forgot to mention the call I received from the Unique office after their man left. We were told that because their employee had failed to test the circuit board (thereby causing us to endure a second heatless night) and had to come back to finish the job…are you ready?... We would be charged an additional $268! In short, Unique had the colossal chutzpah to charge an additional, and outrageous fee for their own blunder. “Unique” is too weak a word for such breathtaking arrogance. “Remarkable” is, or possibly “un-f-----g-believable.” We had no intention of paying for this extra house call, although we did not say anything to our new chums at Unique. But someone there must have suspected that they would encounter “sales resistance.” When the repairman came the next day, he said we had to pay $536 in advance. After we stopped laughing and could speak normally again, we made a counter-offer: we would pay the charge of $268 after the furnace was working, not before. He called the home office to let them know we were not the suckers they had hoped. The Unique sales representative was very disappointed with our unreasonable attitude. After much back-and-forth with my wife, she accepted our offer of paying only one service fee of $268 (in addition to the $99 previously paid) and snidely suggested that perhaps we ought to use a different company in the future (which was exactly what I had already decided on my own! It was almost as if she could read my mind!), because “You don’t seem to be comfortable with our price structure.” We were most definitely not comfortable with their price structure, if “price structure” is equivalent to price gouging, extortion and/or a rip-off. To summarize, I do not recommend you use Unique Indoor Comfort for any purpose, unless you have large amounts of cash you don’t know how to dispose of, and don’t require a working furnace in the winter.

Mr. [Member Name Removed], Thank you for providing feedback on your recent engagement with our team. We take full responsibility for every engagement. This is a matter of great importance to us and we are committed to resolving this. We will therefore be in contact with you to further discuss your experience. Sincerely, Unique Indoor Comfort.

Unique Indoor Comfort is currently rated 4.7 overall out of 5.

Are there any services Unique Indoor Comfort does not offer?