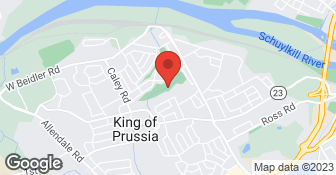 I am a dedicated hard working individual. I have several years of experience building whole houses but am now at a point where I want to do the smaller projects.  …

We have been in the roofing industry for awhile and started to specialize in metal roofing. We offer quality work and warranties at a very reasonable price. We accept credit cards and offer financing. Give us a call today.  …

Great buildt a townhouse in a timely manor , quality outstanding

Working with Akator Construction was an absolute nightmare! NEVER call Akator for an estimate, let alone allow these ******** into your home! We unfortunately allowed Akator to work on our home. Where do I begin... 1. They performed structural work without the proper permits. We now have major settling throughout our home. 2. He did not follow EPA and HUD guidelines regarding lead paint, and began work before we ever signed the lead paint disclosure. 3. He installed a new roof which has already had portions blow off, and several roofers have indicated to us that he did not overlap the shingles enough thus allowing water to seep back under our roof. Additionally, it took him several times to properly repair and install gutters and downspouts. 4. He refuses to honor his 1 year warranty in our contract. 5. At the end of it, he had the audacity to send us an extra invoice with absolutely false items for some work he never completed. What a liar! This isn't even all of the issues we've had with him, but I really hope that anything even considering these people will read this and think twice. It's been an absolute nightmare dealing with Akator.

Todd and his crew did an excellent job. The demolition was completed quickly and the installation done in a timely manner. Todd kept me updated frequently on the material deliveries and installation progress. Daily clean up of the work area was fantastic. There was never any mess left. Todd and Dave gave suggestions that greatly enhanced the remodel. Todd was readily available to address any questions and always returned my calls. All work was completed in a professional manner. The bathroom is just what I wanted. I would recommend Akator Construction and would hire them again.

Thank you for the report, will be happy to work for you again in the future. Akator Construction Team