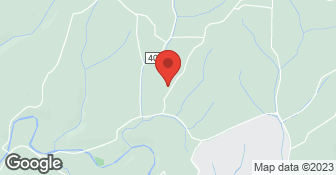 Meredith Home Improvements has been serving the Pittsburgh, PA area for over 40 years. We have been recognized as one of the best exterior home improvement companies in Pittsburgh for many years. We provide FREE INSPECTIONS, take NO DEPOSITS, and in most cases get paid on completion of each project trade. Please contact us at 412-831-9991 PA or 681-222-ROOF WV. "Protecting What Matters Most Since 1979!"  …

Amc construction is a fully insured company specializing in exterior home improvements. With over 20 years of experience expect a quality installation of top of the line products. We do our own work with no sub-contractors. With countless referrals we make improving your home a stress free experience.We are a transparent company that only employs U.S citizens and offer senior and veteran didcounts.  …

Perfect Roofing & Siding was founded by a highly experienced and decorated roofing and siding contractor who for years was the "go to" guy for many of the major roofing companies in the Pittsburgh area. Now in business for himself, Ramses Rapalo and his staff of certified, experienced, direct employee roofing specialists are finally setting out to make names for themselves. After completing an average of over 500 roofing projects each year for the past decade, Ramses and his staff under the newly formed Perfect Roofing & Siding are certified by every major roofing manufacturer. His installation professionals are meticulously selected, trained and certified and drug tested. Perfect Roofing & Siding consists of certified product specialists working as a family with its industry partners, valued employees and most importantly, its customers! With the proper roofing system, Perfect Roofing & Siding believes that your next roof should be your last roof!  …

I had a major roof leak and he said there was a shingle loose. It got even worse after he came to look at it, so I kept calling him and he would never call me back. I had to hire someone else to fix his work. I had three other roofers come out and they all said my roof had been done improperly. They said there should had never been shingles on there. It ended up costing me a lot of money. The new roofers informed me of multiple mistakes that had been made. I have pictures and documents of the improper work done and he still denies that he did anything wrong and would not stand by his work.

Description of Work
He installed a new roof for me.

The door is not fitted properly on steps and coater runs down steps into cellar and floods. He used my husband's old thread away boards.