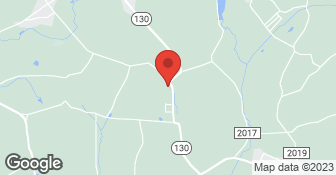 We service Westmoreland County and will travel farther for commercial jobs. Our niche is major driveway overhauls. See photos of our work @ https://www.facebook.com/pg/beilerbrothersasphalt/photos/...

Our new driveway was put in by Beiler Brothers. This company is perhaps the most professional group of contractors I have ever hired. The job they did is simply amazing. Our driveway was a challenge as it sits on a very steep grade. They worked very hard and the result is a beautiful driveway. We have gotten so many compliments on our driveway from both neighbors and other contractors that were working in the area. I am happy to give my highest recommendation to the craftsman of Beiler Brothers Paving. If you need an asphalt driveway put in, call Beiler and you will be so happy that you did.

Beiler Brothers did a phenomenal job on my driveway. Extremely professional. The best price.

Beiler Brothers Asphalt is a first class operation all the way. They have the equipment and know how to tackle any asphalt job. They do it right the first time at a reasonable price.

We have a complex asphalt driveway with concrete edging. We got on the job-list in early spring and we were given a target date and quote. Periodic communications were useful and Jamien was alway prompt to reply to my questions. The family/team arrived at the target date and time and had the entire job completed in 5 hours. They corrected one small issue with the driveway concrete skirt and completed the work at the quoted price. Definitely would use them again in the future and would recommend.

Great, Beiler Brothers is the best Asphalt paving company I have had the pleasure of dealing with. They do quality work at a fair price.

DO NOT HIRE FOR ROAD DRAINAGE! We hired Beiler Brothers to install road drainage for our gravel private lane in January 2017. I had drawn for them a diagram and had agreed in writing that they were to install two catch basins at the top of the drive, run 10 inch pipes to the side of the road under the grassy part of our yard, and tie in an 8 inch drainage pipe that came down through the yard from the neighboring property. They were then to bring in a load of gravel to freshen up the lane. On the day they arrived, without even knocking on my door to let me know they were there, they started digging up the entire lane and had piled dirt in my neighbor’s yard. I immediately ran out and asked what the he** they were doing. Instead of bringing a backhoe, they had brought a BobCat and therefore were unable to dig an appropriately sized channel. At this point, what was done was done. I went back inside and they continued their work. Near the end of the day, I came out to inspect the work to discover that the road was not properly graded and they had piled up gravel around the catch basin’s so high that any average sized car would have bottomed out on it. The lane looked like a mud pit and they had run out of gravel. They wanted me to pay an additional $300 for more gravel which I firmly told them would not happen as the agreement was they would not dig up the lane. Their failure to follow the contract on how to install the pipes was what lead to the lane being a muddy mess. I told them THEY would get the gravel at their cost and restore the lane to the condition it was in before they arrived. Then I went to inspect the tie-in of the 8 inch pipe. Here is where I get really ticked off. They had used an existing dry well and cut the 8 inch pipe in half so that it first drained into the dry well, filled the well, and then flowed out the other end instead of doing a solid pipe all the way to the 10 inch pipe as agreed upon. Just this weekend, June 23, 2018, we discovered that they NEVER USED A Y CONNECTOR to connect the 8 inch pipe to the 10 inch pipe. Instead, they cut a slit in the 10 inch pipe and shoved the 8 inch pipe all the way into it. This discovery was made after the 10 inch pipe clogged and we hired someone to help us figure out why it clogged. Turns out, there was no clog. The f***ing 8 inch pipe was shoved all the way in and blocking the flow!!!!! Furthermore, because they did not punch holes properly into the concrete drainage basins to connect the pipes, they are crumbling. We paid $2,850 to these jokers and now must spend even more money fixing the connections and the basins!

[Member Name Removed],. I'm so sorry we failed so miserably. I was not aware that there were so many little things we did incorrectly. I will be in touch to make sure all of the problems are addressed in a timely matter. Jamien
5.0

Just Fantastic !! They had to dig out the old concrete driveway, 11" deep then dump the fill offsite. Then they added 8" of stone compacted depth. (fine grade and compact the stone), then finally pave it with 3" of driveway top, id-2 wearing asphalt. Edges was straight and hand tamped. Beiler Brothers Asphalt LLC did a beautiful job on my drive way. Very hard working, great clean-up, and very friendly, on time, and professional. Thank you so much. I am so happy :)

Description of Work
I needed to have an old broken-up concrete driveway replaced with a new asphalt driveway.

Beiler Brothers did a stupendous job on our driveway. They did excavating, grading and asphalt. We couldn't be happier with the end result. We would most definitely recommend them. Quality work from quality people.

This company was excellent. I highly recommend them for driveways. They were timely, polite, professional. They did a really nice job on my driveway and were very reasonable with their pricing. I needed to make a few last minute adjustments and they were very accommodating. They came quickly to give an estimate and scheduled within a month despite the busy time of year when Everton is rushing to get their jobs done before winter. If you are getting an asphalt driveway I would definitely call this company. I give them an A+

The guys were punctual, professional and did a fantastic job.

Description of Work
Previous work done at our home required heavy equipment to be stored on our asphalt driveway. After the work was done and the contractor left, we noticed two areas that needed repaired. Since they were not very large areas, we had difficulty finding an asphalt contractor willing to do the work. Jamien Beiler came to our home and agreed to do the work. His brother, Dwayne, came first to mark the areas and cut out the damaged asphalt. Jamien came a bit later with the fresh asphalt. Before starting the paving, Dwayne showed us why the asphalt failed in the first place. The company that paved our driveway 5 years ago only laid down about 2 inches of asphalt when the normal thickness should be twice or three times as much. To remedy the poor job, Dwayne recommended resurfacing the driveway because it would not last and eventually would crack. Unfortunately, had we contacted Beiler Brothers initially, we wouldn't have this problem now. They did a fantastic job patching the damaged areas and charged us a good bit less than originally quoted. Jamien, Dwayne and their crew were knowledgeable, professional and a real pleasure to deal with, and the driveway looks great. We'll be calling them to resurface the driveway. What's the moral of this story? Make sure you check Angie's List first before agreeing to an expensive job so that you have access to customer reviews.

Multiple Employees per job. Free Estimates. May contact through Email or Phone.  …

Isbir Construction & Landscape Corp. is a professional company. We specialize in drainage systems, retaining walls, decorative concrete, paving stones, landscaping, and excavating. We are most interested in unique, difficult, or special jobs. Our educated and certified staff allows us to offer what we call turn key service where we handle all aspects of our projects from engineering to permitting, as well as complete restoration. It all starts with our "virtual appointment", contact us to find out how it works! Our number one goal is customer satisfaction.  …

Beiler Brothers Asphalt LLC is currently rated 4.9 overall out of 5.

Are there any services Beiler Brothers Asphalt LLC does not offer?