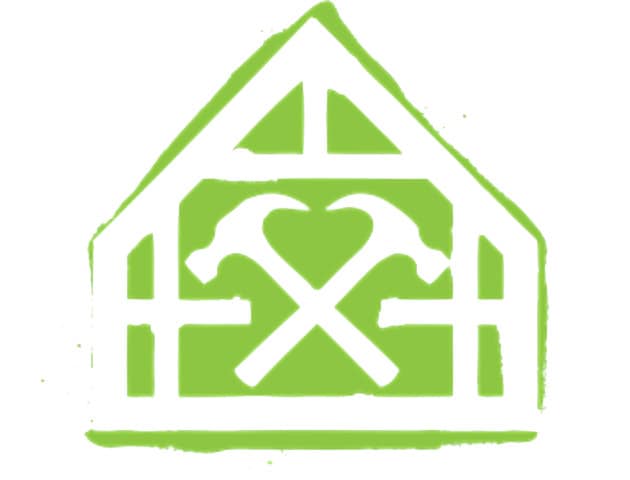 Jesse is one of the best contractors I’ve ever worked with. When the project started he made recommendations to help us with our vision. He was extremely responsive, was open and transparent about timelines and had incredible attention to detail. He advocated for us when things went sideways with a different contractor- and was always working with our best interests in mind. He added some additional work to the project for things that were unplanned midway without hesitation to ensure a successful outcome. He was also flexible when starting some of the work early to close in our walls after waterproofing near the kids play area, and when some of the materials didn’t arrive on time. His team was very professional and tidy. We were so happy with the final result. I would use Top Notch again in a heartbeat. Thanks for a great experience!

The Top Notch team did an excellent job with our first floor transformation. We are very pleased with the result. The whole team is professional, precise and detail oriented, and great at communication during the project. They clean up thoroughly each afternoon and allow you to live in the home during their work. They are very experienced and have lots of great ideas! We will definitely be using them again.

Jesse and his team were friendly, punctual, neat in their work and clean up, and informative. Their quality of work was excellent. Jesse was always available to answer our questions when needed. We are extremely pleased with our remodel.

Jessie and Jake from Top Notch are skilled craftsmen who show up as scheduled, adjust plans to address consumer needs, complete work on time, communicate throughout the project, and maintain a clean worksite. They are friendly, reliable and reasonably priced. We feel very fortunate to have found them and highly recommend them.

Top Notch did a fantastic job! We are thrilled with the results. The new floors and upgraded staircase dramatically improved the appearance of our home. Top Notch is an extremely professional business that shows up when scheduled, meets deadlines, maintains a clean job site, addresses homeowner needs and demonstrates the skills/knowledge to complete the job. Pride in their workmanship is evident in every aspect of their work. We are already planning our next project with Top Notch. We highly recommend Top Notch!

Jesse and his crew do amazing work. They worked with us to make sure the project was exactly what we hoped for. We appreciated their attention to detail, cleanliness, and punctuality. We will absolutely ask Too Notch to complete another project for us!

Great crew: responsive, professional and accomplished what I wanted and then some.

The project went well and finished ahead of the estimated time to completion. The team of two worked very efficiently, kept things tidy and overall made meaningful progress every day they were here. I was looking for a no-frills company to complete this job and Top Notch was the perfect choice. Other companies I met with offered design consultations and personal shopping, and I did not want to use or pay for any of those kinds of service. If Top Notch offers those kinds of services (they may not), I did not make use of them and am glad they were not forced into the contract like other companies do. The budget was exactly what I wanted to pay with no surprises. I tried very hard to keep everything simple and straight forward, and that paid off with a project that was finished quickly and looks great. The only caveat was the time between signing the contract (December) and start of the work (June) was quite protracted and left open the potential for delays. Good for them that they have a booming business, but it almost influenced my decision to go with someone else knowing it was going to be such a long wait. If there had been a delay I likely would have cancelled the project and looked for someone else. I'm very glad it didn't come to that though because the work they did was excellent.

Description of Work
Split one bathroom into two separate bathrooms

This is 2nd job Top Notch performed for me, in 2020 they complete an amazing deck at my home. This time, they did finish work to the deck, such and wrapping the exposed treated lumber structure in composite wrap to match the rest of the deck. The attention to detail, with edges and angles is outstanding. They cleaned as they went and made sure I was fully satisfied step by step. I also had a door, leading from the house out to the deck replaced with an original glass door, with a high quality door with internal blinds and a storm door. Their work was fantastic and did such an amazing job, the door chosen really finished the outside look while ensuring home security. In combination with the door, the area originally had carpet leading up to it, so it was replaced with beautiful tile landing that was large enough to step in, remove shoes and not get the carpet dirty. The tile and grout were matched to compliment the installation.

Honest Hardworking Professional!! Jesse and his crew did a phenomenal job! We had a bathroom done in our basement. They were on time, worked hard and cleaned up every day. The job was done earlier than we expected. The pricing was very fair. Communication was great. We would highly recommend Top Notch and we will definitely use them for any future projects! It was truly a pleasure working with them.

My husband and I recently had our 50 year old bathroom renovated along with a powder room by Top notch construction LLC . We are estates how beautiful they turned out , simply gorgeous! Their team were all so knowledgeable, professional, courteous, punctual and super neat. There isn’t one thing we could complain about , it was just a wonderful smoothie experience. Jesse listened to our needs since we needed it handicap accessible and how well they delivered it doesn’t even look like a handicap accessible bathroom. You will not be disappointed!!!

Jesse and his team were great! We got multiple estimates and they were by far the best price. They worked hard and got the job done quickly. We’re extremely happy with the finished product! We’ll definitely use them for future projects!

Great! Jesse and his crew were truly top notch. Would definitely hire them again.

We used Top Notch for a second floor remodel, including a master bath, guest bath, laundry room, and new doors/carpet. It was an extensive remodel particularly for the master bath and involved moving plumbing locations etc. The team was great to work with and we are very pleased with the end result - the project was done on a tight timeline and within the initial budget. We had almost daily contact with Jesse and the team which also made the process go smoothly. Would definitely recommend to others looking for a home contractor.

Overall, the work was done very well and met my expectations. Work was completed in 7 days. I had everything on hand for the update, new toilets, flooring, vanities, tops, fixtures, mirrors, etc. They also painted with two coats of my choice. I am very pleased with the result.

Top Notch Home Construction did an outstanding job on my deck. I had another contractor that started the work, failed to deliver against our contract. The deck construction sat idle for months and utlimately ended with contract termination. I contacted Top Notch and Jesse came out to look at the construction and provide an estimate. He was empathetic to what I had gone through and provided me with several great option to help with my finances, considering I had paid a large sum previously and had to fight in court for that back. He coordinated with the township and the buiding inspection prior to assuming the job to understand what had been previously inspected and the current status of the permit. We learned that the previous builder did not get the propoer inspections and I actually had numerous building code violations. Jesse established a very fair estimate to fix the violations and complete the deck for me. He was able to squeeze in my job, knowing I had already been in the deck buiding processes for 3+ months. He helped me connect with a builder's supply to pick deck and rail material and he referred me to someone he knew would take care of me and thats exactly what he did. As a homeowner, I felt like talking to a supply house woud be a challange, but Jesse made sure I had the right contact to take care of me and make sure my material was delivered ahead of the build. Day 1 of the job, his people were here 30 minutes before the job start (7am) and that was consistent every single day beyond that. The job was always set-up first thing and cleaned up at the end of the day. I was able to see very obvious progress every single day and I was included in any discussion on what he found from the previous contractor that may need to be changed. I was always kept updated on anything I asked about. The Top Notch crews, were never on their cell phones or just sitting around, they were constantly moving and making progress. Their lunch breaks were timed and they returned back on time and they left at the end of the day after a full day's work. I can't speak highly enough about Top Notch, Jesse or his crew. They were always where they said they would be, showed early each day, they were professional and personable, always taking time to answer "dumb" homeowner questions. For any homeowner that is looking for high quality work, professional workers, a company that the owner is on the job site consistently, that listens to the customer, shows up (which is huge in my book) and treats your home and project like it's theirs - Top Notch is the company for you! I personnally want to thank Jessie and his crew for the amazing work they did and fixing someone else's issue (and never making me feel like I shold have called them first).

Description of Work
Take over deck construction from a terminated contractor

Jesse and his team were professional, on time and did great work. I had a major wall repair needed due to a previous moisture issue. The wall is now seamless and you’d never know half of it was replaced. They also completed several other projects in the house including fixing the kitchen ceiling and repainting exterior doors and trims. Can’t say enough about the strong communication and promptness from the team. Would use them again if needed.

Description of Work
Wall repair, painting and other misc work

It went very well. We are very pleased at how it all turned out! Jesse and his crew were always on time and very professional! I will definitely be using them again! And also recommending them to others!

Description of Work
We had tile flooring put in 3 bathrooms and laundry room.

Ryan and Jake were awesome! Arrived on time, got the work done and with a smile. Now I’m smiling and finding lots more work for them to do😁 Highly recommend!

Jesse and his team were able to move their schedule around to help us. From the start of the job, they were both professional and friendly. They were punctual each day and worked efficiently to get the work completed as quickly as possible. Any small issues we identified were addressed immediately. I would hire them again.