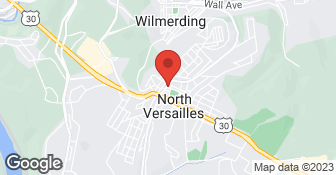 We are family owned and operated since 1959. We are a 4th generation company committed to offering only the finest floral arrangements and gifts, backed by service that is friendly and prompt. All of our customers are important to us! Our professional staff is dedicated to making your experience a pleasant & friendly one. Here at Lea's Floral Shop, we always go the extra mile to make your floral gift perfect...

She called me very excited the blowers were beautiful. I talked to her a week later and she said they uplift her spirits every time she looks at them and they were still fresh and bright and fresh. She loved the colors! Lea's always do such a great job. I would not go anywhere else.

I was extremely disappointed with the arrangement, and actually i was embarrassed when I saw it. To order the arrangement I looked at the tributes online, then I called Lea's Floral Shop to discuss my selection. I was told that it would be lavender carnations. Instead the arrangement was made up of rather drab cinnamon colored flowers that were not carnations. I was not expecting a large arrangement, but I was expecting an attractive arrangement. I emailed my dissatisfaction to Lea's, and the following day Lea's left a voice mail on my phone. I did not respond to the message as the damage was already done. This was the first time that I used Lea's, and it will certainly be the last. I will not recommend them to anyone.

Description of Work
I ordered a floral arrangement to be sent to a funeral home.

We truly apologize for the experience you had, we had tried to reach out to you to figure out what went wrong and provide you with the customer service we are known for. The arrangement we delivered to the funeral home was all lavender carnations, so we aren't sure what happened. We did contact the funeral home to see if something had happened to the flowers once they had been delivered. We are responding so late on here, because we never got a notification of your review.
5.0

We have always been pleased with the quality of the plants and flowers that have been ordered from this shop.

Description of Work
The church continues to purchase our Palm Sunday and Easter flowers from this shop.

It was a beautiful arrangement and delivered promptly to her. Our family has used this florist for many, many years and can't imagine using anyone else. They take great pride in their work and we have never been disappointed with any purchase made.

Description of Work
I ordered flowers for my daughter on her birthday and had it delivered to her place of employment.

I have ordered flowers and fruit baskets from Lea's over the years. Used to get glowing compliments from recipients in the past. Last few years, however, they haven't been exceptional, as they were before.

Description of Work
Been using Lea's for years. Have noticed they are not as "good" as they used to be. Stil, I support local businesses and will continue to use them.

Looks like we haven't seen you since 2008. We would love for you to come back in and let us make things right. We have been in business for almost 55 years, we hate hearing that you were unhappy.
5.0

I think it went pretty well. I was happy with their promptness in delivery even with the fact that I had made the order online the night before. My daughter was very happy in receiving them.

Description of Work
High School flowers in a vase, balloon, & candy for my senior daughter who graduated from high school.

Description of Work
Don't remember the cost. Did a wrist corsage and boutonniere for prom.

Lea’s Floral Shop is a nice local place. They are very reasonable and personable and they take care of your needs. I would use them again in the future.

Description of Work
I have used the services of Lea’s Floral Shop.

I have been using Lea's Floral Shop for approximately twenty years and I am very satisfied with them. Their flowers are just beautiful and are always fresh. I just call there and I don't even need to tell them what I want. I have even had their flowers sent elsewhere and I've always had remarkable results with Lea's.

Description of Work
I use Lea's Floral Shop.

They are always prompt,have a great value and never disappointing.

Description of Work
I called to order flowers (peace lily) for a memorial service, it was an amazing plant! It was beautiful. I've used them in the past for corsages and flowers for senior night for football as well and also experience beauty and value.

Insured
All statements concerning insurance, licenses, and bonds are informational only, and are self-reported. Since insurance, licenses and bonds can expire and can be cancelled, homeowners should always check such information for themselves.To find more licensing information for your state, visit our Find Licensing Requirements page.
General Information
Free Estimates
Yes
Eco-Friendly Accreditations
No
Payment Options
Check, Visa, MasterCard, American Express, Discover
Warranties
No

Lea's Floral Shop is currently rated 4.6 overall out of 5.

No, Lea's Floral Shop does not offer eco-friendly accreditations.

No, Lea's Floral Shop does not offer warranties.