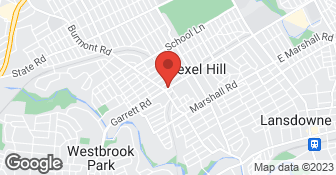 Bear Service specializes in Electrical, Appliance Repair and HVAC work. With over 20 years experience we are confident in our ability to resolve your Electrical and Appliance Repair challenges. (484) 202-3594 Call today! We service Chester County, Delaware County and surrounding areas.

Used Bear in the past, before they expanded, and had excellent service. This time, they first sent a tech who diagnosed problem as a faulty ice chute flap, which he subsequently replaced. I was skeptical that was the problem, and urged him to also replace the temp control panel, which could've been the problem (according to the internet). He obliged me and ordered that part as well, but when he came back to install both didn't install the control panel properly, and had to come back a third time to fix it. Spent $360 in labor & parts. Original problem recurred within 30 days. I asked for a tech with more experience. That tech quickly diagnosed the problem as a faulty defroster heater and said he would order parts after talking to his boss about a discount. Seemed excellent. Heard nothing further. Called the office next day to see if parts had been ordered, and the service mgr said he needed to check with the tech and would call back. Didn't call me. I called the next day, got a recording, left a message. Heard nothing. Called the next business day, a Monday, left a message saying I needed to hear from him. Heard nothing that day or since. I ordered parts myself based on their tech's diagnosis and will do the repair, hoping it fixes the problem. Will not use them again.

Long story short. They took my deposit, they scheduled an install date. Then they pushed back the install date an additional week. They never came on the install date. They did not call or return my voicemails or emails requesting to know what was going on and that I wanted my deposit back. The next day the owner called and said he would return my deposit, but as you can guess it has been 5 days since that call and agreement and nothing still. Now going the legal route to get my deposit back. If I could give a lower Star I would. Angi, please report them and protect your customers from future headaches and B.S. Also to protect your reputation. Thank You.

They were very professional and prompt in quoting for the job and they performed it within days once I gave them the go ahead. I was totally satisfied with the work and they left the jobsite neat and tidy

Description of Work
I had my mail box replaced and positioned

Wonderful and would highly recommend this company with no reservations. We were so thankful we found them and they were able to repair our Refrigerator.

Not bad but got no reply on the day it broke. No one available the day after Christmas.... what a shame cause that’s when i needed them. Had to buy a small chest freezer from Home Depot to hold me over. Was even going to buy a new freezer but delivery would have been in 3 or 4 days... another bummer. Bear services did call me back and I okay’d their services. The guy who showed up was good but then had to wait 3 days for my part. Freezer is back and running again and I am pleased. A home owner doesn’t like waiting when it comes to refrigerators or freezers breaking down.... oh well, it all worked out but I did put out more money then I anticipated.

Workers were pleasant, professional and respectful.

Description of Work
Faucets repaired and outside stairs replaced

Excellent company and excellent repair. Love this company. Will use again

It was really great. We moved here in 2019 and they are the company that we hired. I like the communication and I like how they let me know when they are coming, and I can pay by credit card. They are friendly, knowledgeable, very considerate during the CoVid times. They wear mask, diligent about safety, and responsive, I will ask the company for a contact, so that they can always check my A/C.

Description of Work
They replaced my thermostat, fixed my A/C unit upstairs and downstairs, fixed the heating problem, and fixed my dishwasher.

Absolutely excellent. The technician was very knowledgeable, respectful and friendly.

Description of Work
My refrigerator was not cooling. They replaced the thermostat.

Tech gave accurate diagnosis of problem He immediately purchased part needed, returned promptly and completed repair all within few hrs. Machine operating. He noted another small part needed and will return later at our convenience with no extra,service charge.

Bear did a great job replacing the door lock mechanism on my Miele Dishwasher and didn’t try to up-sell me like another repair place did... Communication and timeliness were excellent. James got the job done quickly and for a reasonable price. We will call them again.

The technician came and he ran the dryer and cleaned the filter. Did not open the machine and do any testing. Gave us a list of parts with a total of $341 after substracting the $99 we paid that day. I thought something was wrong so I checked with the GE parts department. The solenoids were listed for about $25 but the other two parts were very expensive. GE parts department said that one of the parts listed was not even in the machine. We found out that for this problem, it is usually the solenoids and we ordered that and fixed it ourselves. The dryer is working. Essentially, Bear Service LLC would have ripped us of about $300 in parts that did not need changing. We would have never known. I talked to the manager and he was defending the technician that he can know just by looking at the machine as to which parts are not working. I will strongly suggest not to call them.

Description of Work
Fix our gas dryer that had the gas valve go on off resulting in very little heat. We were told that technicians carry the coils or the solenoids and they will be able to diagnose and fix. If not, they will order the parts and come back. We will get credit for $99 diagnosis fees.

Ok, They fixed it.

Excellent experience. Quick and correct diagnosis plus James noticed hoses needed replacement. Part was ordered and within a few days it was fixed.

Thank you for giving Bear Service a wonderful review!
1.0

A technician came promptly and diagnosed the problem. He said that he needed to order a part to fix the freezer and disconnected an electrical component that had malfunctioned. Three weeks elapsed and no word from this company. I called and left a message (the phone is never answered by a human) requesting an update on the status of the repair. A person called me back informing me that she would let me know the status of the repair job in one hour or, at the latest, by the end of the day. No phone call was returned after waiting two days for a reply. I called again and left a message. This is no way to run a business!

Dear [Member Name Removed], thanks for sharing your feedback. We’re sorry your experience didn’t match your expectations. It was an uncommon instance and we’ll do better. Please feel free reach out to Isaac with any further comments, concerns, or suggestions you wish to share. We would love to make things right if you give us another chance.
5.0

Thank you for leaving us such a wonderful review. We are thrilled that you loved your experience; our staff at Bear Service will definitely be happy to read what you wrote.
5.0

Great. I was contacted immediately for an appointment. I requested an early one, was sent the name and picture of the technician, James. He was on time, professional and personable. Based on my description of the dryer's issue James proactively had the right part on hand. Price was fair. Definitely using them when the need arises!

Thank you for sharing your experience with Bear Service!
5.0

Prompt service. Tech gave me good advice. Dependability of newer appliances is disappointing but it seemed wasteful to replace a 4 year old machine. Washer has worked fine since repair.

We appreciate your positive review of Bear Service!
5.0

The service was great, the technician was on time, knowledgeable, and professional. Some parts was needed to be replaced so they ordered the parts and came back to replaced the parts and it was great after that. The refrigerator is now working. They were very fair and reasonably priced.

It was excellent. Called and came earlier than appt. Pleasant, efficient and knew what he was doing. In and out in no time. I was impressed. I would certainly use them again.

Thank you, [Member Name Removed]! The techs at Bear Service will love to hear that you were pleased with their service.

The Professional Team of All Furniture Services® Repair & Restoration is capable of handling, as well as carrying everything necessary to provide immediate on-site furniture disassembling, assembling and all repairs, on wood, leather, vinyl, fabric, upholstery, restorations of antiques, metal, stone, and mechanisms. Methods and products are chosen to make their repairs permanent, invisible and to return furniture to its original or even better condition. On-site or in-shop services offered to all: Manufactures, Stores, Vendors, Warehouses, Designers, Hotels, Restaurants, Construction, Moving, Insurance Companies as well as Individual Customers. We have been at the forefront of the Antique and Modern Repair & Restoration.  …

With over 100 years experience, we know how to keep you comfortable, safe and help you save on energy costs. Our local 24/7 customer service and support means automatic heating oil deliveries and our service response is always fast. We never run out of heating oil plus our pricing and payment plans are designed to help you manage your costs all year round. Experience the Petro difference today!  …

With over 25 years of experience JMT Awnings LLC is your fabric awning expert. We specialize in Perfecta retractable awnings but also can provide fabric commercial awnings for businesses, traditional fabric stationary awnings and re-cover most existing fabric awnings. Please visit our website www.jmtawnings.com for additional information about Perfecta retractrable awning and view photo galleries. Our service area includes Montgomery, Bucks, Chester and Delaware counties in PA as well as Northeast Philadelphia. Feel free to contact us 215-659-2539 or rcaskey@jmtawnings.com with any questions or to schedule a free estimate appointment.  …

We offer installation and/or replacement of all types of interior and exterior lighting, ventilation & ceiling fans. Typical rooms we work in are bathrooms, kitchens, dining rooms, great rooms, living rooms, dens and basements. We also offer electrical troubleshooting for any room in your home.

Bear Service LLC is currently rated 4.2 overall out of 5.

No, Bear Service LLC does not offer eco-friendly accreditations.

Bear Service LLC offers the following services: We offer installation and/or replacement of all types of interior and exterior lighting, ventilation & ceiling fans. Typical rooms we work in are bathrooms, kitchens, dining rooms, great rooms, living rooms, dens and basements. We also offer electrical troubleshooting for any room in your home.