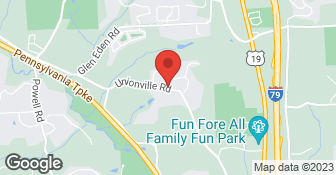 They arrived and gave me an estimate within a day. The estimate was very competitive and they they completed all work in two days. The installation went well and all work done was exceptional. I would recommend them to anyone. I will use them exclusively moving forward for any needed work.

Great initial installation on Ac and heating. Kohl's also moved my Ac unit to make room for an home addition a few years later. They leave everything clean and finished. Very friendly and helpful with questions.

We were completely satisfied with using Kohl Heating Services for the installation of our new 50-gallon gas water heater. The owner, Kevin Kohl, came to our house to provide the complete estimate. He provided our product options and recommendation. We received the actual proposal in 1 day. We shopped at 2 other "big box" stores and found the Kohl Heating Service price to be competitive and timely. They installed a new Bradford White unit with a 10-Year warranty which had high reviews. Installation and clean-up was well done and went smoothly. Installation was completed in September 2019.

Requested quotes and call backs from 10+ companies in the area. Not only did Kohl have the best pricing all around, but they responded to our calls and emails quickly which helped us make an informed decision. Their financing offer fit our budget perfectly and was more generous than their competitors'. From the gentleman that gave us the estimate, through the installation team, everyone was very professional, knowledgeable of the product, options, and communicated very well to ensure there were no surprises. We had a very tight timeline due to upcoming travel and family obligations - Kohl accommodated our needs. They will even remind you and send you the necessary info if the product qualifies to claim rebates or government incentives. The installation team was prompt, courteous, and respectful of our home. This company made the process very easy, and their customer-centric approach put us at ease. Definitely recommended, and would not hesitate to use them again. Thanks to the Kohl team for making this such a positive experience!

Excellent— the technician was very professional, answered questions and explained what he was doing.

They did a fantastic job, despite the complexity of the job (due to how old and unusual our old furnace was). They cleaned up after they were done and the furnace worked great!

Description of Work
Replace our furnace

Our 25+ year-old furnace died just a few days before New Year's, just as daytime high temperatures dropped to the teens and below. We woke up that first morning to find the house at around 50 degrees and the furnace wouldn't light. We called Kohl's, and they were able to come out within a few hours to determine that it needed to be replaced. They arranged to install the new one the following day, Later the same evening they called to check on how we were doing without heat and offered to loan us some space heaters if needed. I had already scrounged a few from my parents, but I thought it was a very thoughtful gesture. The following day they arrived promptly to install the new furnace. The old one (which was apparently an old commercial unit and vastly oversized for our house) proved difficult to remove, and the ductwork had to be rerouted slightly to join up with the new unit, but they managed to get it functioning well with a new thermostat installed by the end of the day. Our house is old and poorly insulated, yet we've found it's noticeably warmer now, even in rooms that barely received heat before. Throughout the process they were polite, professional, and considerate of our situation (being without heat in such cold weather). They answered all our questions, and we never felt they were trying to sell us more furnace than we needed. Under the circumstances, we hope not to need them again anytime soon, but we'd use them again in a heartbeat, and have continued to buy our furnace filters from them, which they offer at a fair price.

Great installation, done on one day which was better than expected. Great price for Train models. Bush had to be removed to fit the new AC, which they not only did, but also hauled away. Well satisfied. Scheduling was a little delayed when an e-mail I sent got lost somehow, but a follow-up call got that straight.

A/C stopped working last night around ~11pm. We called hoping to leave a VM for service the next day. A real person picked up (imagine that?). Said someone would be out today, and they were. Had A/C up 30 min from arrival. You can't go wrong with the Kohl's team. I wont use anyone else!

Description of Work
A/C down - If your reading this, you should call Kohl's!

Kohl's Heating Services, LLC is currently rated 5 overall out of 5.

No, Kohl's Heating Services, LLC does not offer eco-friendly accreditations.

Are there any services Kohl's Heating Services, LLC does not offer?