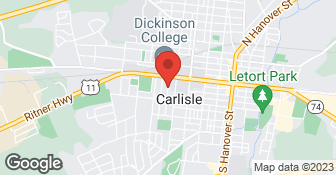 Family owned and operated. No job is too small! Award winning....

He had it replaced and the circuit breaker back on within minutes.

It went great. The work was done fast and as expected. They were friendly, responsive, professional, and great about fitting us into their schedule

Description of Work
Installed electric vehicle charging station on the exterior of a garage. I provided the unit and ADM did the install, on a dedicated circuit, which included wiring from the electrical box through the garage.

They did excellent work.I'm glad I chose them to do this work.

Description of Work
I had a Tesla Wall Charger installed.

Contractor showed up on time. Quality of workmanship was excellent. Work was completed in a short time. Workers were very polite and professional. Can't express enough in words how pleased we were with the completed project. Definitely would use ADM again and would highly recommend them to others as well.

Initially the job seem bigger than it was. He was very honest about the potential aesthetic consequences, as he needed to cut part of the wood panel. He suggested getting a contractor to remove the panel (with the molding, etc) rather than cutting it. But I asked if he could fix it within a smaller surface area than he was suggesting. I told him that if he could fix it with a 6" X 6" cut I will rather have him do it. He agreed. But then he end up not cutting anything, as he was able to fix it from the small hole that the plumber made. He worked quickly and cleanly. Very respectful, clean-cut guy.

Description of Work
Fix an electric cable that the plumber cut while doing his job.

Everything was great- from our initial experience getting an estimate, to the actual service appointment. Russ was very responsive to our initial questions and very easy to communicate with. During the installation process, Russ and his working partner were clearly concerned about quality and making the end result, as positive, as possible. Another plus to the work was that Russ made a specific effort to work within a timetable that fit our needs. This is a business that follows through!

Russ did a great job - he was thorough and professional and made sure everything was done correctly. He was punctual and kept me updated on arrival times via a quick phone call, which was refreshing. Cost was fine. Plus he's a super nice guy. I would recommend him to family and friends and plan on having him do some additional work for us in the future.

Russ is a friendly and trustworthy person. I had a doctors appointment and he was at the house alone when he finished the work he cleaned up and lock the door behind him. His work is excellent and he tells you if somethings wrong or needs to be replaced in the furture. If you need Electrical work done you need to call Russ!!!

Description of Work
He ran new wiring and a Quad receptacle for my new flat screen TV and he hang the TV and the mount. He told me about the whole house surge protector, so he came back on monday and installed the system.

Description of Work
Moved electrical panel, added outlets and switches, added wiring for fixtures, installed 220 outlet for a dryer, installed fixtures during a re model of two bathrooms.

Great job by Russ. He is calm and professional. He cleaned up after himself. I will call him in the future for work.

Description of Work
Placed wall mounted tv cords behind the wall and installed a cable outlet.

Here at 3-D Lawn Care we want your lawn to be the best on the street. Along with great customer service, we will we will work hard like it is our yard. You grow it, We mow it  …

Super Service Award Winner-5 Years in a Row!! Rittner’s Electric has been in business since 1995 and can provide you with a long list of satisfied customers. Electrician David Rittner, who personally oversees every job, has more than 20 years of experience and customer satisfaction is his highest priority. Rittner’s fully licensed electricians perform quality work at competitive prices. When you hire Rittner’s, the truck parked in front of your house is fully stocked with all the equipment needed to get the job done, so no time is wasted with runs to a warehouse. In short, we can handle any residential electrical job you need to have done. And we do it all professionally, on-time, with attention to detail and cleanliness, and at reasonable rates. Call Rittner’s Electric today at 717-432-9622 to arrange a free estimate for your electrical work. No membership is required to get premium service. -Troubleshooting -Home Rewiring -Code Violations Updated -Panel Box Repairs & Upgrades -100 - 800 amp Service Upgrades -Whole House Surge Protectors -Installing Additional Circuits -Exhaust Fans -Ceiling Fans -Recessed Lighting -Swimming Pool and Hot Tub Wiring  …

ADM Electrical Services is currently rated 5 overall out of 5.

No, ADM Electrical Services does not offer eco-friendly accreditations.

No, ADM Electrical Services does not offer a senior discount.