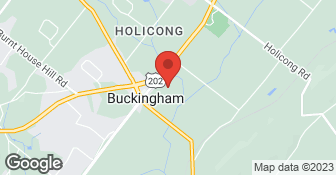 Ai Restoration, a stucco remediation company located in the heart of Bucks County. Its President, Gavin Semrow founded Ai Restoration in November of 1997. Prior to the start of the stucco remediation company Gavin was heavily involved in Semrow Construction for almost a decade. It was a decade of mastering all facets in the construction of residential homes. After growing up in the construction industry and attending the University of Wisconsin, for architecture, Gavin started Ai Restoration and dedicated the business to solving all concerns related to stucco and water infiltration issues. Ai has worked with hundreds of clients, as well as over seventy companies and organizations. All stucco and stone related issues in residential and in commercial buildings have become Ai Restorations area of expertise. Projects range from, multiple story office buildings to a 140-unit residential townhouse development with traditional stucco, to individual residences. Last year alone Ai completed over 100 stucco related jobs. In one particular development many of the homes were experiencing major water problems associated with their stucco. Ai built so much confidence and trust in solving the stucco issues within the development that Ai was awarded 17 homes in that one neighborhood. Ai is a member of AWCI (Association of the Wall and Ceiling Industry), Building Science Corporation, the Historical Society of Bucks County and Doylestown Chamber of Commerce. Current certifications within his company are from; Fortifiber Building Systems Group, Benjamin Obdyke, CertainTeed, Norandex, Thoro, Parex, Dryvit, Pella, Aquron, James Hardie and Mapei. Ai along with many of their employees continue to obtain the latest education and training related to stucco and the waterproofing of building envelopes. Ai uses the latest technology along with our expertise to solve the complex problems in our industry. Over the many years, Ai has demonstrated character and quality of work earning the respect of many within their industry. Due to our experience and the high level of craftsmanship, Ai unconditionally stands behind everything they do. Ai's employees have continued to receive recognition for their attention to detail, politeness and maintaining a safe and clean work site. Ai Restoration's mission is to take pride and commitment to excellence, while striving to inspire and empower their employees to be passionate and confident to produce the highest quality workmanship obtainable

Andy came out to give an estimate and we really appreciated his truthfulness and candor in giving us other ideas and even other names for repairing our small area instead of having the expense of replacing our stucco. He went above and beyond what any customer would expect, and I found his candor and truthfulness refreshing. To me this says this company is about giving the customer what they truly need and not just selling them on something that isn't necessary. I strongly recommend this company based on their integrity and their commitment to standing behind their work

We had partial stucco remediation work done 15 years ago. It was a nightmare a the time. Our whole development had moisture issues. At that time, remediation protocol did not require existing windows to be removed from walls to be flashed properly. Last year, some windows showed signs of rot. Figured we better have a moisture inspection done. It revealed moisture issues on other elevations where windows & stucco appeared fine. Here we go again. I reached out to 2-3 stucco contractors and several window contractors. The main question that arose while getting estimates was, Who does what work? Specifically flashing and caulking replacement windows? Window guys say that's part of the stucco system. Stucco guys say flashing is part of the window installation. If something isn't done properly, what is the impact of who installed what on the respective warranties? One window manufacturer referred me to Ai Restoration. Coincidentally, I saw they were doing work in a neighboring development, and subsequently learned they did work in my development previously. Ai Restoration provides a complete remediation SYSTEM to repair damaged walls, remove existing windows, flash them properly, install Hydro-Gap water resistant barrier, install drip edging at doors, deck, along roof lines and at foundation, reinstall existing or replacement windows, finish the exterior in either stucco or James Hardie Plank siding, install kick-out flashing where needed, then caulk & seal every opening. The next question was, how many windows do we replace? Just the ones that are rotting? Those and adjacent ones? All the windows in stucco walls? To best utilize their system, we had to remediate all stucco exteriors, so we replaced all windows on those walls. Next question: put on new stucco or replace with James Hardie cement plank siding? We never liked the "look" of "siding", but James Hardie plank siding is attractive. It has a wood texture reminiscent of traditional, colonial wood siding, is available in several factory colors, or can be primed at the factory for painting after installation, and can be complimented with Azec composite trim. James Hardie factory finishes are warranted for 20 years. It added about 15% to the cost of the project. However, stucco has gotten a terrible reputation over the last 20 years. A realtor friend recommended spending the extra money and installing the James Hardie siding to make selling the home easier when the time comes. Ai's estimate to replace stucco was much more than another stucco contractor's. It did not include the cost of the replacement windows, but did include labor to remove the old ones, repair & flash the openings, install drip caps/ pans and install replacement windows or replace existing units. It also included painting of the new siding and trim. We had two minor issues. Removing the electric panel to the A/C units at the beginning of work caused a short and I had to call the heating contractor. Ai credited us the cost of that repair. Also, some outdoor landscape lights were broken during construction. The provided a credit for that cost as well. We spent way more than we would have liked, but we were very pleased with the results. All of Ai's workers and subcontractors were friendly, conscientious, attentive to detail. They worked hard each day & week to ensure the project progressed as quickly as possible.

Disciple Masonry specializes in masonry repairs and new masonry installations. Our customers are everything to us. We take the time to understand you and what you want, and make it our mission to help you get it. Not sure if we can help? Give us a call now to find out!  …

SurfacePro offers everyday common wall and ceiling repairs as well as an attentive selection of decorative effects. We specialize in pristine painting, epoxy countertops and floors . Luxury wall finishes such as Venetian Plaster, Arch+ Concrete, Marmorino KS and all drywall / plaster repair. Our applications perfectly match any chromatic choice. Modern imitations of concrete, oxidation effects as well as classical and marbleized textures obtained with traditional material such as limestone,marble and epoxy. We only use top quality product from, Novacolor Italy, Shikkui Japan, Ben Moore and Sherwin Williams.  …

How is Ai Restoration overall rated?

Ai Restoration is currently rated 5 overall out of 5.

What days are Ai Restoration open?

No, Ai Restoration does not offer a senior discount.

Are warranties offered by Ai Restoration?

No, Ai Restoration does not offer warranties.

What services does Ai Restoration offer?