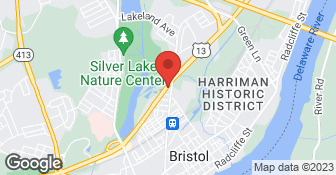 Then unique shop with over 42 years of experience, we specialize in Antique Furniture, We Restyle your Furiture the way you like it. We pride ourselves on the quality work we provide, while delivering great customer service! Check out our services offered and call or click to schedule a free estimate today

When I pulled up to pick up my chairs, they were in the window. They took my breath away! Josh was very responsive through the project. He worked with fabric I supplied, although he can supply the fabric. He guided me on fabric choices that would work with the design of the pieces. For my kitchen chairs, he even rebuilt the seat frame. You can trust him with your heirloom pieces.

Josh at Brothers Upholstery reupholstered two armchairs for me and they look incredible. I provided the fabric myself (but I believe he could do that if you prefer), and the workmanship is perfect. I sent photos and he gave me an estimate for reupholstery that included new padding as well. He picked up the chairs and dropped them off when they were done. I wouldn’t say the price was low but it was in line with what I would expect for such a professional job, and I basically have two new chairs now.

Josh did excellent work on my dining room seats. He reupholstered them and they look brand new, highly recommend this location and the customer service is excellent.

We just picked up our chairs from Brothers. We had 2 channel back antique chairs that were my grandmothers favorite. The seats/springs were in terrible shape. You felt like you could fall through the chair. Brothers has repaired furniture for us many times. Usually I go and let them recommend the fabric. But this time I knew exactly what I wanted. So I purchased the fabric and brought it with me. The results are simply stunning. I picked a striped pattern. Only a true artist could get those lines perfectly straight especially on a channel back! As usual, they exceeded all expectations. Very highly recommend them.

Josh is great to work with and very professional. He helped us select the proper fabrics, quality and colors, for our project. Job was done timely and exactly as contracted. Would use Brothers again for my next upholstery project! Quality work!

Excellent Mr. Josh Bonilla picked up my sofa from my house and returned to my house. The job was done exquisitely and timing was great. I will refer to all my friends and family.

Great ready the next day.

Spectacularly...from the initial consultation, to completion, to the personalized delivery of my restored chair by the owner, Josh. Josh is extremely knowledgeable with fabrics, textures and colors. He works personally on every project with his apprentice and takes pride exceeding all expectations. Brothers Upholstery is the best upholstery shop in the tri-state area.

From start to finish it was an excellent experience. They refinished my old vanity and it now looks brand new. So glad I opted out of buying a new one.

I spoke to Josh when I called and he was so detailed in his explanation of what my items needed to be fixed. Then he was very patient as I went through fabrics and kept changing my mind. The time they finished it in was incredible and they delivered it on time. Will definitely continue working with them

AWFUL!!! PLEASE BEWARE!! I paid nearly $1,000 to have our kitchen chairs and bar stools refinished. After returning them to us days late, he left, only for us to discover that the feet for one of our stools was missing. I called him right away because the exposed leg of the stool is leaving gashes in our hardwood floors. He acknowledged that it had been there and promised that he would check his truck and his shop and find it and return it. Days later, after several attempts to contact him, I finally reached him and he said that he had it as asked if I could come get it, because he was "busy". I finally agreed to meet him halfway and he handed me the part. When I got home to try it, I realized that it was the wrong part. When I called him, he said that he knew that it was the wrong part but that is all he had. He told me that I could go find the part and buy it and he would pay for it. After hours of searching, I contacted him and told him that he should be the one spending time to make this right, not me! I don't even know exactly what I am looking for or where to go to get it. I have received no response whatsoever. This is completely disappointing and irresponsible. There is a gentleman in Langhorne who is excellent and professional. I only used him because he seemed like a nice guy. In addition, I gave him a referral the same day for a colleague who also ended up giving them business. I guess this is my thank you. I would recommend trying a company that has a sense of responsibility and that cares about their customers. That is NOT Brothers Upholstery.

Description of Work
They completely restored my gradfather's favorite wooden armchair and created new upholstered cushions - transforming it from old junk into a beautiful antique!

Description of Work
I had a kitchen stool reupholstered. It came out beautifully. Very satisfied.

They did a good job, but I did think they were pricy. I would use them again.

It went well. They were punctual and very professional.

The project went quite well. The gentleman came to the house and made suggestions as to fabric and style. He told us the time that the chair would be finished and he was right on time. We received the chair and were not pleased how one of the arms looked. He took the chair back and returned it to our satisfaction that evening. We plan to have other work for them to do.

Description of Work
The chair now looks like it was hand made. The upholstery work is exquisite. You can see "old world" craftsmanship in there work. Upholstery is not cheap but for a family heirloom it was worth it. The proprietor was very patient and knowledgeable when selecting the right cloth and style. Try them you will not be disappointed.

I dropped them off and I had them the next day. We were very pleased.

Description of Work
I had the 3 cushions from my sofa refilled. He also covered the insert of what was in the cushions.

We are located in California and do not offer regular dry-cleaning services. Premier is the nation's finest suede and leather garment cleaner. WE PREFER THAT YOU CALL US DIRECTLY WITH ANY REQUESTS OR QUESTIONS AT (949) 244-0943, OR E-MAIL US AT: leathergods@aol.com. IF YOU EMAIL US, PLEASE INCLUDE YOUR TELEPHONE NUMBER. Highly recommended by the finest retail stores in the U.S., including Nordstrom, Armani, Tom Ford, Gene Hiller, etc. Thousands of clients from all over the country who demand the finest quality and workmanship, ship garments to us directly for cleaning, dyeing, and repairs. Other services: purses cleaned and re-dyed, alterations and repairs, re-weaving of fabric garments, and area rug cleaning. Furniture cleaning and dyeing limited to Los Angeles, Orange, and San Diego Counties.  …

The Professional Team of All Furniture Services® Repair & Restoration is capable of handling, as well as carrying everything necessary to provide immediate on-site furniture disassembling, assembling and all repairs, on wood, leather, vinyl, fabric, upholstery, restorations of antiques, metal, stone, and mechanisms. Methods and products are chosen to make their repairs permanent, invisible and to return furniture to its original or even better condition. On-site or in-shop services offered to all: Manufactures, Stores, Vendors, Warehouses, Designers, Hotels, Restaurants, Construction, Moving, Insurance Companies as well as Individual Customers. We have been at the forefront of the Antique and Modern Repair & Restoration.  …

How is BROTHERS UPHOLSTERY overall rated?

BROTHERS UPHOLSTERY is currently rated 4.7 overall out of 5.

What days are BROTHERS UPHOLSTERY open?

No, BROTHERS UPHOLSTERY does not offer eco-friendly accreditations.

No, BROTHERS UPHOLSTERY does not offer a senior discount.

Are warranties offered by BROTHERS UPHOLSTERY?

What services does BROTHERS UPHOLSTERY offer?