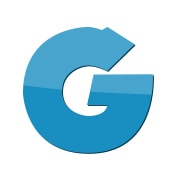 Guida Door & Window is a family-owned and operated home improvement company with an established reputation for providing quality products, superior service, and expert installations since 1950.

The installation team was prompt, fast and professional.

All aspects of our dealings with Guida Door & Window Co. were excellent from start to finish. Our sales consultant, Brett was well informed, courteous and professional. He even called us on a Saturday to address a pre-production issue. He was upfront with explaining both the products and the cost and Guida delivered our doors weeks ahead of schedule. The doors we ordered were a custom size and they easily worked out solutions to the issues around that. Even better, Ezra, our installer was top-notch. He handled a tough, long job by himself. He told us that he was passionate about making sure the doors were "plumb and level" and operated smoothly. He delivered. He was funny and easy to talk to and invited questions. Lastly, our dealing with the office personnel were excellent also. Calls were answered immediately or returned promptly and they were well informed. We are sure that if any problem arises with our doors that Guida will stand behind their products and workman ship. We like having the option of a 0% for 18 months pay-off, which makes it easy to budget the price. We plan to use Guida next year to replace more doors for us.

From sales to installation the project ran smoothly. Brett from Sales was very informed about the products, brought real samples of door materials/hardware to my house. He was patient and very responsive during the project. The office team of both Ashlie and Ron Jr., were both friendly and kept me in the loop during the project. And Mike from the installation team was not only highly skilled and professional, he had pride in his craftsmanship. He took time to make sure the door was installed to both mine and his satisfaction. I am very happy with the end result. I love my new steel back door. I would definitely hire and recommend Guida Doors.

Sam was our installer and he did an outstanding job. Excellent craftsmenship, and he was very cordial, answering any questions we might have had which in hindsight sounded stupid :)! A very pleasant surprise was how much warmer our house feels now with the new door and windows. Big Thumbs Up to Guida!

After booking an appointment I received 1 confirmation emails, 2 confirmation texts and a phone call. During the phone call I rescheduled my appointment and asked the very nice representative to not send so many appointment reminders. I didn’t get any more reminders, but Guida never showed up for the appointment, nor did they call to say they weren’t coming.

Hello [Member Name Removed]! I hope this response finds you well. From what I have gathered after looking into this, it seems that when you called to cancel your initial appointment, the representative from our office inadvertently did not add a rescheduled appointment into the calendar. This type of administrative mistake doesn’t happen often, if not hardly ever, but I can assure you that it wasn’t intentional to not show up to the appointment. I greatly apologize for any inconvenience this may have caused you, and I hope that you will reconsider the possibility of giving us another opportunity to provide you with a consultation on our products in the future. Thank you for your understanding. Ron Lomonaco Jr. General Sales Manager
5.0

Excellent! John was prompt and skilled. The price he charged was a bit much though.

Description of Work
Re-hinge my back door.

The representative was very informative and knowledgeable. The estimate was clear and the next steps fully explained.

Everything was seamless--from the initial appointment to the installation. Philly doors are always custom sizes and we were having problems with our door frame so we didn't trust Home Depot or Lowes for this job. It was more expensive, but worth the price, security and ease. And, the door is beautiful.

Description of Work
Front and Back Security Doors

The initial consultation & assessment by the sales rep-Joe- went great. I initially used Home Depot's custom door service, but was told by their contractor that they couldn't install a door on my existing frame. The installer-Sam- came out and measured within two weeks of the deposit, and my custom door (I have a small back door) was ready to be installed less than 4 weeks later. When the installer came out to install the door, he worked efficiently and was able to have my door installed within 2 hours. I gave them a C for responsiveness because when I reached out to the sales rep with some follow up questions prior to the measure, instead of him calling me back as he said he would during his sales visit, he had an office clerk email me. I also gave them a C for the price because I thought that $1k was a bit price for a storm door that was going on my back door. They didn't really offer anything cheaper-at least that's what the sales guy told me.... Overall good experience though.

Description of Work
Storm Door Install on Back Door

not good two supervisors would not work with me

Project went smoothly and on schedule. A salesman showed us what we needed, and why previous handyman efforts had always failed in a few months. Also, the door was an unusual size. He gave us a variety of options to fix the problem. They told us it would take about 10 weeks to manufacture a high quality door to suit our needs, which turned out to be accurate. They then called to schedule an installation time. They arrived on time and completed the work in a few hours. We are completely satisfied.

Decision hasn't been made on project yet.

Description of Work
To have the back door replaced.

The installers did a wonderful job. The windows are beautiful. Guida is a company that I can trust for a quality product. That why I keep returning to them for my Windows and Doors for my home.

Description of Work
9 replacement windows for my house

From Salesman to installer, we were extremely happy with the job. So many choices of doors and glass, but the salesman(Matthew) was very patient and helpful. The company keeps up a steady stream of communication. Installers were prompt, courteous and very pleasant. Door was installed quickly. I would definitely recommend Guida again!

Description of Work
We got a new front door and side windows installed.

The experience was excellent from the sales to the installation. There is no coparison to the quality. We would highly recommend Guida.

Frustration would have me write much more than this to describe why I am grading Guida a ‘D’ but I will be brief. Bottom-line, if you are thinking of hiring Guida it will be important that you know how windows are hung because Guida will expect this of you when you have a problem. We hired Guida for the first time to replace five windows in our house. Even though two Guida representatives came to the house; - a salesman to write the job up and take initial measurements –and- an installer to take final measurements, they neglected to inform us that two of the windows in our family room could not be hung the same way as two other windows in the same room. We discovered this the hard way after the installers completed their work. On these two new Guida windows we basically lost the inner frame, - the window ledge at the bottom and the spot at the top where brackets for blinds are installed. I received the age-old explanation, multiple times now, that basically ‘this is how we do it’. In one of the follow up discussions, the installer actually told me if I wanted to retain the inner frame like the existing two windows in the same room ‘I needed to tell them that ahead of time’. In the very last conversation I was offered $400 ($200 per window) off my total window bill of $4,222, which I accepted only because I have to defer some of the expense of getting this corrected by a different contractor. I was offered the option by Guida to perform this incremental work at an additional discounted cost but I obviously declined. PS- Guida, any proposed incremental fix should be no charge. Oh, and get this, - my wife called me today and one of the new Guida family room windows won’t lock. The Guida service person came out today and informed us that the (new) window is out of alignment, and they need to order replacement sashes which won’t be in for 2 to 3 weeks. Good grief- I will miss my money-not-well-spent!

We try our best to meet and exceed our customer's expectations when it comes to the quality of our products and installation. The main concern noted in this review is with the difference in appearance of our windows compared to two previously installed windows by another contractor in that same room. The other windows were installed as "new construction" windows, which requires the removal of exterior siding, whereas our windows were installed correctly based on the industry recommended installation method of "replacement" windows. As would be the case when installing different window brands in the same room, the method of installation can also contribute to a variance in appearance from one another. Additionally, it seems there is a pending issue with a window that requires replacement sashes from our manufacturer, which we will undoubtedly work to resolve as quickly as possible.
5.0

Took about 10 weeks from measuring to installation. Doors were installed in half a day.

Description of Work
Had a pair of 30 year old sliding patio doors removed and replaced with a new inswing door and a fixed door. Doors are steel. Doors have horizontal blinds in the insulated glass which operate easily. This eliminates a vertical blind in front of the old doors.

The installation was done on time and the installers did a great. I would recommend Guida to anyone who want quality doors and who want them install by professional.

Description of Work
Had four doors installed by Guida. Two entry doors and two security doors for front and back of my house. They are beautiful.

Technicians were on time and very knowledgeable about their craft. Will use them again

Very well! Punctual, professional, installation done within half of the day. Cannot get a better pro!

Description of Work
Replacement of a large picture window and a patio door for high quality, high E products.