With Angi since February 2016 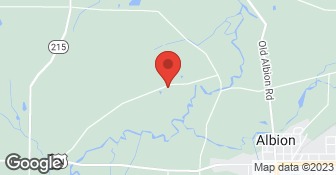 Shumake Electric,LLC. Is a full service electrical contractor providing quality electrical service to residential and commercial customers at a fair price. We are also a full service dealer for Generac automatic standby generators....

I Paid $500 down on 11/21 for the purchase and installation of a Generac generator. I was told at that time by Mr. Shumake that it would be approx Jan or Feb at the latest to install the generator. After our initial meeting on 11/21, we heard nothing from Mr. Shumake. Months passed, and I contacted him in mid-March! Not a single word for 5 months! No updates, no email, absolutely nothing! Mr. Shumake called me exactly one day after I sent my email to cancel the contract. He told me he had the generator (surprise) and was going to call me to set up a time and date for installation. Our agreement was for Jan or Feb of 2022 at the latest. I told him I no longer had trust in him because he never called to keep us up to date on the situation. After five months I figured it was a loss (we thought we would hear something after Feb) and I'd never heard from him again. Because of the uncomfortable feeling I had doing business with him, I asked him to return my $500 because he did nothing (he argued it was part of his cost to order the generator) after some disagreement, he said he would return it, but he never did (which I already knew when he said it). So I paid Shumake Electric $500 to do nothing for almost six months. I got burned, Lesson learned.

Description of Work
Installation of a generator

I am sorry that you were unsatisfied. The shipping date we gave you is what we were given at the time of the contract from the shipper. Unfortunately shipping delays are completely out of our control and that is why the contract says dates may vary. The COMPLETE down payment was mailed back to you out of courtesy even though the signed contract says that if the contract is cancelled that there is a fee of half of the deposit which would be 250.00.
5.0

Great and quick service, they came in less than 2 hrs and repair my generator and gave me recomendations

This company is owner operated with a small crew of 2. As the owner, I have personally been in the industrial electrical work for 5+ years. Work we have performed and successfully completed thus far are rewiring older homes to suit NEC codes to date, remove/install old service panels in homes-replace with a new updated service panel. No matter the size of the job, we can do it. If you have a bad outlet, switch, or looking for an electrical contractor to wire a new build, call us!  …

Shumake Electric LLC is currently rated 3 overall out of 5.

No, Shumake Electric LLC does not offer eco-friendly accreditations.