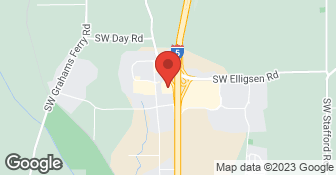 Brightside Home Solutions is a premium quality window & door company with the highest quality and most energy efficient replacement windows. While our signature windows are high end, our customer service and way of doing business are down to earth and simple. Need new windows? Look on the Brightside!  …

We are a family-owned and operated business. We take care of every aspect of our business from sales and estimates to service, installation and distribution. A family tradition for over 30 years. Our website and detailed presentation provides potential customers with additional information to assist them in choosing the right window or door with the right features and glass performance. We offer the largest selection of vinyl windows and doors in the Willamette Valley market. Sample windows are available in our showroom and home shows for you to evaluate and compare. They are also readily available during our free in-home consultation. For example, we will show you low-emittance coating options (also known as Low-E) to demonstrate tints and darkness of glass, as well as grid options and lock choices. We pride ourselves in offering the most comprehensive presentation and detailed estimate. The vinyl window products we offer include a lifetime warranty and as a factory-authorized service dealer for many of these products, we can provide prompt assistance, if needed. To assure you the very best installation, suited specifically for your home, we back our workmanship with a lifetime warranty and all at a competitive price. Thank you for considering Jones Window & Door.  …

Renewal by Andersen offers a start-to-finish window and patio door replacement process, where you'll get custom-crafted, energy-efficient replacement windows and doors professionally installed for you. Simply request a free in-home window consultation and you’ll be on your way to enjoying your beautiful new windows and patio doors for years to come.  …

We had our back screen/storm door replaced by a general contractor about 5 years ago. The screen door was of poor quality, and within 3-4 years, we started to see it rust. It turns out that these doors can let water get inside and start rusting. About 6-12 months ago, we could no longer close the door due to the bulging/warping of the door. We got a recommendation to call Kraft Screen & Door. They had someone come out to measure the back door and explain the options we had. The total cost was $600 to replace the door, and we are super-happy with it. It's a full glass door, but you can lower the top half and the screen rolls down from inside the door. It's very beautiful for a door. And we're very pleased with the workmanship of Kraft. Too bad we didn't find them 5 years ago!!!

From start to finish, the process of having a new storm door installed went smoothly and in a timely fashion. Danny, who came to measure the door, arrived exactly on time and was very efficient. The wait time for the Andersen door to be ordered and received was reasonable, as was the scheduling of the installer. Martin showed up at the beginning of the window of time, which I appreciated so much. He removed the old door and installed the new storm door in less than 45 minutes. Lowe's completely botched the entire process 2 1/2 years ago. I ended up cancelling the order after8 weeks of waiting when the wrong storm door was delivered and I was told that I would need to wait another 8 weeks for installation! This time I decided to go directly to Kraft Screen & Door. They now work with Home Depot and no longer for Lowe's. However, I decided to eliminate the middle man and hire Kraft myself. I am so happy that I did, and you will be too for any of your screen or door needs.

Job was done extremely well and we are very happy with both Jake's design and installation.

Description of Work
Design and install screened in porch with existing porch.

Excellent! The scheduler worked around my schedule. The estimator and installer were both punctual, friendly, professional. i love the screen door!!

Description of Work
They replaced a window screen that had a bent frame. They sold me and installed a retractable screen door on my deck.

We moved in and found some of the windows had no screens. I wanted fresh air. The cost was $45 per screen and we had six screens. I did not discover until we were already involved. Apparently, they do work for Home Depot and Lowe’s. So, they are the go to guys, but I found them by going on Angie’s List and started asking them about screens and they said that they were booked until October. Then, they told me to try to go to window people. So, I went to some window folks who said these are the screen guys we use all the time. I do not remember which window people it was that got me there, but that time, I had an Angie’s List window provider who told me to go to Kraft Screens. They did nice, quality work. That is the thing. They are nice quality screens. Once they had done the measurements, they made sure to keep in touch with me to tell me that they were not going to be able to do it when they said because they had to order the black frame to be able to make them, but they kept me uprised of what their time frame would be. We did not even have to be home when they came and put it. They spirited the screens into the windows without us ever realizing. I was thinking of calling them, but when I went and look, we had screens.

Came highly recommended from a contractor and friend. Top notch company who were quick and professional. All around great experience.

Description of Work
New Screen door and screen for a window

Did a terrible job, then sent out someone else to fix the problems - which they did.

Description of Work
Installed a security door. Did a really bad job, but after complaining, they sent someone out and they did fix all the problems with the install. I have changed my review from an "F" to a "B". I am not giving them an "A", because it still involved a lot of hassle for me. If they would have offered to refund their cost partially or fully for the inconvenience of having a broken security door on my home for weeks, would have changed it to "A".

[member name removed], I apologize that you had the experience you did during your installation of your security door. It seems that the installer may have used too large of bit to pre-drill the holes for the one-way bolts. This particular installer has only been with our comapny for a few months and obviously mis-judged the proper sized bit for the job. When you posted this response, Kraft Screens had not had a chance to respond and schedule an appointment to make it right and get the trim replaced and the door installed correctly. We have you scheduled for 9/22 with our door manager to correct your situation. Kraft Screens stands behind its products and services and would never leave a job like this without taking care of all issues. Unfortunately, as with any business, things like this may tend to happen when training new installers. The sign of a great company is how quickly they respond and the action they take to correct mistakes. We intend to make this right with you and we apologize for any inconvenience this may or will cause you. Thank you for your understanding. Sincerely, Ty Kraft
5.0

They arrived on time, did the job efficiently and very effectively--the screens look great. I'll definitely use them again if I have ANY screen problems. We didn't even have to be here because the screens were on the first floor so they could access them.

I purchased three doors from Lowe's. First installer incorrectly installed my custom $500+ door. On top of that he left off a piece and I could see outside. He told me that custom fit doors come that way and placed a couple pieces of felt to cover holes. He left metal shaving all over I had to clean up. Lowe's stood behind me and ordered a replacement door. Next installer team was great and did it properly. No missing strip and done correctly. Low rating remains as once we had an issue, they never responded to my two very polite and professional emails to them on this.

The first time they came out, the man realized once he had begun to work that although his roll of heavier-duty screening had appeared to have enough left on it for my job--in fact, it didn't. So, he apologized, re-mounted the door and re-scheduled the install. The second time they came out, the man got the job done in a jiffy, and it looks like good quality to me. (Over a year later, and the cat has not damaged it yet.)

Description of Work
I had recently needed to install a new aluminum sliding patio door. I needed a pet grille attached to the door in order to prevent my cat from scratching holes in the screen. The people at Kraft Screen also suggested that I might want to consider installing a heavier grade of screen on the screen door, as additional protection, and I decided to do this. Cost breakdown: $90 for the heavier screen and $45 for the pet grille. (If I had been able to bring the door to their shop, the cost would have been much lower; however, since I do not have a car, I elected to pay their higher house-call price.)