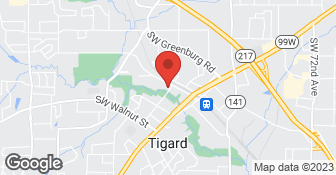 At JBC Roofing LLC, skilled roofers use quality materials and the latest roofing knowledge to make your roof perform to its greatest potential. We believe in providing a quality service; that’s why the owner is involved in every job. We serve the I-5 corridor from Eugene, Oregon to Seattle, Washington, Central Oregon, and the Oregon coast....

Do you want to extend the life of your roof and save money? Here at CedarTech, we can offer you services that do just that. Our services are simple, neat, clean, and safe. Not to mention, they work! We can provide Portland cedar roof repair, treatment, and maintenance in a way that allows your roof to last longer than if repaired using different, harsher techniques. In the long run, we save you money! Our process for cedar roofs includes: Clearing your roof of debris using compressed air or blowers rather than by pressure washing Replacing shakes and repairing spots that could lead to future leaks Treating your cedar shakes and shingles with fire resistant Cedar Silver Preventing growth of moss, lichens, and fungus Using biodegradable and environmentally friendly products With our unique process, we don't have to compromise the long-term durability of your roof. Our process is gentle and effective—giving you the most for your money.  …

From all appearances, the roof looks cleaned and I would assume it go treated for moss. I also had the gutters cleaned and this is where things go wrong. All around the house, the debris from the gutter was left on the ground and not picked up. For the price I paid which I could have this job done much cheaper, there should not have been one bit of gutter debris left on the ground. I mentioned this to the company via email and also to the company's owner, Brad Chisholm but did not receive so much as an apology or acknowledgment of the problem. There was also two yard gates that were closed prior to this work being done and both gates were left open after the job was done. This is the same company that installed my roof several years ago and they could not have a better job. I do not know what happened with their roof cleaning department but I am extremely disappointed in this company's roof cleaning department and the lack of response to my concerns.

My roof was underventilated before the work was done-no intake except for a gap in the soffit. There were three ridge vents on the largest section, and no ventilation at all on the smaller section. Regarding the gap in the soffit, a family of squirrels had used this hole to enter what to them was a fabulous new home, but to me was my attic, and a nightmare to deal with in 2014. The gap in the soffit was covered with metal screening so there have been no more squirrels in the attic, but insects could still get through the gaps in the metal screening. Being on the wet side of the Cascade Mountains in Portland, Oregon makes ideal conditions for moss growth, and while my roof did not have enough moss to be confused with an ecoroof, it did have enough to look dingy. I was a bit apprehensive at getting roofing estimates, as I had a less than stellar experience with one that recommended a new roof (I will not name this company) a couple years ago. This time, the roofers that gave me estimates did not recommend a new roof-all were fair and did not try to scare me into work that isn't necessary, and JBC is who I chose. The work was done all in one day, both the ventilation and the moss removal. For ventilation, more ridge vents were added, metal vents were added on the underside of the roof for intake, and the hole in the soffit was finally covered with plywood and caulked. This plywood wasn't painted, but I can do that myself if I want. That portion of the work cost $955. About 12 years of moss was removed from the roof, in a way that did not look like the shingles were damaged. The roof was also treated with zinc sulfate. It is amazing what a difference the moss removal made in the roof's appearance-the roof now looks like new, even though it is around 12 years old. The cleaning portion was $800. The crews also did a great job cleaning up the debris removed. I am very pleased with the work, and would consider this company again.

The roofers themselves were very hard workers. The person that ordered the roofing over ordered by 2 squares. The unused roofing materials were picked up by the roofing company. We received a bill via email. We stopped in to pay but first asked to speak to the company president. We asked him for a corrected statement minus two squares and a vent that was still in the box and never used. He said that it was against his policy and that we had agreed to the estimate. We asked to see this policy in writing and we're told it 'wasn't'. Just think.....if they overorder for every job, everyone who works there could have their roofs replaced for free!!! Or, if you call for a repair after a winter storm, you could be charged for roofing already paid for by someone else! I feel this 'unwritten policy' is very dishonest. The only good thing we can say is that the men who showed up to work were excellent. The main bad thing is the financial flimflam.

Description of Work
Accepted their estimate for a new roof. Office person sent truck loaded with the needed material before the workers had even shown up to do tear off. Workers had to ladder up everything by hand because of the bad judgment shown by the rude office person

So far so good. No leaks after 5 days

JBC was punctual, professional, and thorough. We are completely satisfied.

Description of Work
JBC repaired an area of my tile roof, replaced 11 cracked tiles, cleaned the roof, and cleaned the gutters. They cleaned up very thoroughly after they were done, and went to great lengths to protect our patio, plants, and outdoor furniture while they worked.

They arrived on time made the repairs and left the area clean.

Description of Work
I had my roof replaced five years ago by another company. JBC roofers replaced one plastic vent that had been poorly installed, I had the remaining vents replaced with metal vents and two vents from the bathrooms replaced.

They were great. I called on Tues, they came on Thurs. They Google-Earth'ed the house to find out what shingles we had and brought matching ones. They replaced 2 shingles.

Description of Work
Installed 2 dedicated exhaust vents on the roof, hooked them up in the attic, and fixed a small roof puncture.

JCB roofing was prompt in returning calls. They sent someone come out to inspect the roof the next day, offered a fair estimate of costs and was able to repair it the same day. Very satisfied with their professionalism and customer service. I would definitely call them again for any roofing work in the future.

Description of Work
Inspected the roof and replaced some shingles.

Due to the big wind storm, we had a few minor things that needed attention. They came when scheduled and did a great job. Would use them again.

Work began at 8 am and finished at 6 pm. The job took about 26 hours spread over four days (1/2 Thur - Fri - 1/2 Sat - Mon). Fitting the Sun Tunnel took half a day all by itself. The neighbors were quite pleased with the low noise level of the air-powered nail guns. We chose them from Angie's List, where they have an A rating and earned Super Service awards every year from 2009 - 2013. A check of their CCB license showed it was current and that there had never been any disputes filed against them. They are an Honor Roll Member of the BBB. After I called, the estimator, Mark, came the very next day. He inspected the entire job, including the underside of the plywood sheathing up in the attic, got up on the roof and measured everything, and offered some suggestions and options when it was shown that a 2nd skylight wouldn't fit. Email was answered promptly and all questions clearly answered. At the office, the owners, Brad and Michelle, were very helpful and easy to work with as we sorted through colors and grades of shingles. The work crew was exceptional; polite, competent, and very conscientious. Daily clean-up was well done. The job took 3 sheets of plywood sheathing instead of the two in the bid plus one additional stem vent when we discovered that one existing vent had two separate pipes leading to it. With credit for the unused shingles, the finished cost was exactly the bid price. I'd hire them again in a minute and recommend you do as well.

Description of Work
JBC just finished putting a new 50 year roof on our home. The job included replacing an old existing skylight in the master bathroom, the addition of a Sun Tube to the guest bathroom, a full ridge line venting system, and the addition of three fall protection anchors on the ridge line.