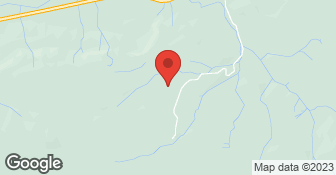 Eastside Electric has been successfully operating since 1996. We have three Journeyman Electricians that are highly trained in all phases of electrical work. Eastside Electric has built a broad base of happy customers because of our commitment to outstanding customer service and satisfaction. Please check out our website at www.electricianseugene.com...

Roger was involved from start to finish, communicating effectively and managing the job efficiently. His guidance and insight saved us money on the project and the workmanship is excellent. My plumber (Pacific Plumbing) recommended Eastside Electric, and I'm glad I called.

Description of Work
Rewire 3 rooms, plus update panel and outside electrical

Roger and his crew did an excellent job, working with me through our remodel. They were quick to schedule in the work when needed and everyone was professional and courteous. They worked with me to get the job done in the most economical way. They also worked well with the city inspections.

Description of Work
The electrician came out on a Saturday morning to fix my nonworking hot tub right before he and his family were leaving on vacation. He quickly solved the problem: a GFI outlet was not working, so he replaced it with a new one; the hot tub then started up just fine. He was professional and amiable. Easy to work with. I'd definitely use his company again.

Description of Work
East side electric has done work for us many times over the years. They respond quickly, do a good job and charge a fair price. I have a lot of appreciation for them.

Description of Work
Several upgrades, excellent business I would recommend to anyone!

Description of Work
We used them to install wireless fan in living room some years ago. Excellent work, friendly, very professional. It's what happened earlier this year that's even more impressive. All our electric outlets on outside upper deck went out and I could not find source of problem(no circuit breakers tripped). I called Eastside to come out and fix. The owner told me to first check every GFI outlet inside the house to see if any had tripped. He didn't want to charge us a service call if that's all the problem was. Sure enough, one GFI outlet had tripped. I reset and all the power came back on out on the deck. Now that's professionalism and ethical behavior that makes us lifetime customers for all electrical work in the future.

Did an excellent job.

Description of Work
Added outlets and rebalanced circuits in my garage.

I found them on Angie's List. They did excellent work. My experience with them was great. They had to completely pull out an old panel box and put a new one in. They said that they could do it in half a day and they did it in half a day. So, we were out of power only for half a day. We got a new power box and everything was up to the code. They took care of the inspection. It could not have been better. I would absolutely use them again in the future.

Description of Work
I used the services of Eastside Electric Incorporated three weeks ago for electrical work. They replaced my entire panel box.

This company was the sub-contractor for all the electrical installation for our new house. They were very professional and accommodating to our requests. They also offered a number of good suggestions for lighting fixtures, ect. that saved us money and were superior to what we were thinking of. They were a great help in getting our house finished in a timely and cost effective manner. We will hire them again when we need additional electrical work.

Description of Work
This company was the sub-contractor for all the electrical installation for our new house. They were very professional and accommodating to our requests. They also offered a number of good suggestions for lighting fixtures, ect. that saved us money and were superior to what we were thinking of. They were a great help in getting our house finished in a timely and cost effective manner. We will hire them again when we need additional electrical work.

I was very pleased with him. The owner is Roger King. He did an excellent job for me. He's very reliable. He really tried to keep the cost down. I had one glitch that had happened really early in the morning where the smoke detectors went off that he had installed. It's a new kind of detector that runs not only on batteries, but also on electric so just taking the batteries out did not stop it. There were 3 installed and they were all connected to each other. It was awful. It was about 7'O clock in the morning and the cats were going nuts and we were going nuts. I called him and as soon as he picked up the phone he could hear and he said he knew what the problem was. Luckily he doesn't live too far away from us, but he said that he was on his way. He came over and replaced the item. That was not his fault. He said that apparently this particular manufacturer had problems with the item, but the law required that he installed this particular type. Other than that there were no problems at all. He was on time and professional. He's a nice guy too. I would use him again in the future.

Description of Work
I used the services of Eastside Electric about a year ago. I had an addition put on to my house and he did all of the electric for that.

They were great. They helped get things up to code for us and were prompt in their service. They were innovative as well.

Description of Work
They did a lot of rewiring for us.

It went smoothly-they were punctual.

Description of Work
This is about the fifth or sixth time I have used this company over the past several years for different projects or repairs. The latest was retrofitting a Robern medicine lighting system with a new lighting kit. Bob installed the system perfectly and quickly and didn't break the side mirrors or glass! I have also used them to troubleshoot when we had a bad light fixture that was shorted out and causing the fuse to trip. This was about two weeks ago. It was a tough problem to figure out what was wrong but he got it fixed.I would use them again.

Eastside Electric was exceptional! Their bid was several hundred dollars below other bidders. They arrived a little early, all 3 electricians were friendly and professional, they clearly enjoyed their work, explained what they were doing, offered to clean up older work in the attic that was not to code, and were done on time. I couldn't decide quite where I wanted the ceiling fan, and they held my mock-up cardboard fan in several locations for me so I could decide. We actually had a good time - if I were the cookie baking type, I would have baked them cookies. When I asked Roger, the owner, about his low bid he shared that he understands that it is hard times and he prefers to bid material costs and salary of his crew for homeowner jobs such as electric box replacements, it keeps his guys employed, the customer gets a good deal and is likely to refer Eastside Electric to others. I am pleased to do just that - I do a lot of remodeling and Eastside Electric has been one of the most positive, satisfying bunch I've worked with and I feel like I got more than my monies worth.

Description of Work
Replaced, updated and moved my electric circuit box, installed a ceiling fan, and cleaned up some unfinished work done by someone else (light fixture, exhaust fan, junction box).

It went well. They showed up as expected and it was easy to schedule the work with them. They are polite and intelligent.

Description of Work
They installed 6 motion detector lights on the outside of my house by changing out existing fixtures, and replaced a three-way switch that I was having trouble with. I have had them out to my house in the past for minor repairs with similar good service.

How is EASTSIDE ELECTRIC overall rated?

EASTSIDE ELECTRIC is currently rated 4.9 overall out of 5.

What days are EASTSIDE ELECTRIC open?

No, EASTSIDE ELECTRIC does not offer eco-friendly accreditations.

No, EASTSIDE ELECTRIC does not offer a senior discount.

Are warranties offered by EASTSIDE ELECTRIC?

No, EASTSIDE ELECTRIC does not offer warranties.

What services does EASTSIDE ELECTRIC offer?

Are there any services EASTSIDE ELECTRIC does not offer?