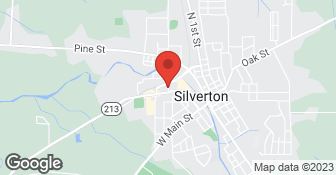 Full service chimney sweep service. Includes not only cleaning but waterproofing and inspections. Wood, pellet and gas stove sales and service. I started the business in 1979. My daughter joined me in 2001. We are both Oregon Chimney Sweeps Assoc. Inc certified. We are licensed, bonded and insured. ccb# 15300

He was on time and go it done in a hurry. He put down blankets to protect my wood floor and cleaned up when he was done. Couldn't ask for much more than that. I would definitely use him in the future.

Description of Work
Scott removed my old fireplace insert and installed a new one. He did a new liner and extended my chimney height so that my house would not longer fill with smoke when I lit a fire.

As with with the previous 3 visits all went well. Service performed cleanly and professionally.Showed up on time on the day specified.

I left a message on Scott's answering machine and he returned the call four days later and I think came the day after to scope out the job, arriving w'in the time frame he predicted. Scott told me the approximate costs, explaining the price differential if I wanted a stainless chase cover, but did not offer a written contract. He returned 24 days later exactly on time and installed the materials. I am not complaining, just explaining that he seems to be very busy and this is the scheduling and business practice to be expected. In removing the chase cover he disturbed an insect nest neither of us knew to be there. Scott did not panic and continued with the installation. The triple-wall air-siphon chimney (1978) is no longer manufactured and Scott had to do considerable custom sheet-metal work to make the current SS cap type work. He seems to be resourceful and competent to keep old installations functioning but I must admit that I have acrophobia and I was not right up there two stories watching closely. From the ground the number and type of fasteners seemed adequate. His trucks are well-maintained and the ladders heavy-duty and fitted with self-levelers. Good equipment makes a soothing impression on middle-class customers.

A few months ago, I had contacted 3 different places to do some chimney work for us. He called back a few days after my initial message was left on his answering service. He gave me a quote over the phone for a basic cleaning/inspection that was well above the price quoted both other two providers. Subsequently, I did not choose his company for the project.

Scott and Hillary did a great job at a fair price. They are honest, hard working and extremely knowledgeable. I appreciate their expertise and willingness to share it.

Description of Work
Cleaned and inspected the existing chimney pipe and stove, installed a new stove (purchased separately) and chimney chase cover, and replaced the lower portion of stove pipe including two elbows. All with high quality materials.

This was two years ago, so things may have changed, but in the last two years since then, calls have gone either unanswered or returned much later. Next available openings are usually 2 months out. The last time they actually came to the house, I took off work to be at home for the cleaning. They showed up 1.5 hours late with no call letting me know. When I mentioned that I was expecting them an hour and a half ago, the response was something to the effect of and quot;That's the way it isand quot;. While I won't use them again, they did a good job and did protect the fireside room with tarps. The catalyst for writing was my recent call to another Salem service. The gentleman answered, said he was indisposed (on the roof) and that he'd call back in 1/2 and hour. In 1/2 an hour, he called back, and we scheduled an appointment for the next week. He adjusted his schedule to accommodate mine.

Description of Work
cleaned the chimney

These folks are great! Used tarps and left no mess. Could not be happier!

I've used this company for the past 20+ years and they are great!

Description of Work
Called the night before to set up the appt. Arrived promptly. Very clean. Removed shoes. Used a vacume so there was no dust. He also pointed out some problems that needed to be repaired to make the insert work more efficiently. We asked him to order the parts and he will do the repairs also. Very easy to understand what the problems were and highly recommend his company.

Work was performed professionally and efficiently. When a minor adjustment was needed about a week after installation, the response was prompt. Overall a great experience.

Description of Work
An old, non code wood stove was removed from a fireplace and replaced with a natural gas fireplace insert. Installation required drilling through the masonry to bring gas to the fireplace.

The workers from Silver Creek Chimmey Sweep were very prompt and showed up right at the scheduled time. I was impressed how quickly they did the work and how clean they were while doing the job. We were pleased with the work they did and plan to use their Company again in the future.

Description of Work
We had three wood stoves and chimneys inspected and cleaned.

He and his daughter did a thorough job. They were efficient and very pleasant.

Description of Work
Cleaned stove and chimney. Also checked stove pipe, chimney, and cap from inside and from the roof outside.

There was a bit of a wait from the time I first called to make an appointment, about three weeks. That wasn't unexpected though given the time of year. I received a call the night before the appointment to verify time, which I appreciated. Scott arrived on time, was professional and friendly. Didn't waste any time inspecting the fireplace and chimney. Pointed out that the chimney is not lined and he warned against using the fireplace to heat the house or for fires lasting anything over four hours maximum. He explained why he made that recommendation in an understandable way. All in all a very good service and I would certainly recommend them to anyone.

Description of Work
Fireplace/chimney inspection for safety. A thorough inspection of the inside, outside and the underside of the hearth.

It was hard to get responses from anyone else but after I read reviews for silver creek chimney sweep, I decided to call them they were prompt and he was very nice on the phone. We made an appointment about 3 weeks out because he has been in business for a long time and he was pretty booked. He came performed his duties all in 45 minutes which was helpful because I was busy. I will hire him again.

Description of Work
My chimney was cleaned the ashes were even cleaned out of my wood fireplace. It was also inspected and let me know if anything needed to be fixed.

They were very professional. Got here on time , very neat and clean while working. Price was very resonable too. Actually less money and way better quality than previous company I had dealt with. Fireplace works great now.

These folks are great. Quick call back to set up the appointment. They were on time, did the work quickly and professionally. Wonderfully friendly.

Description of Work
We had our chimney cleaned and also had them install a cap.

Very pleasant to work with.

Description of Work
Cleaned entire chimney and inside smoke stack and inside the wood stove with brushes and vacuum and cleaned everything up before leaving. Very efficient. Have used this business for years.

Have had them reline chimney, install fireplace, and sweep chimney many times. Always excellent work.

THE PROFESSIONAL FROM SILVER CREEK CHIMNEY SWEEP WAS PROMPT, THOROUGH, AND FRIENDLY. I WOULD RECOMMEND THEIR SERVICES TO ANYONE LOOKING FOR QUALITY WORK.

Breezy HVAC and Construction specializes in all your HVAC needs. Whether it be a check up on your current system, installing a whole new system, or a duct cleaning and repair. Breezy strives to keep our customers happy. We explain things to customers and work with their budget to the best of our ability. If we can repair your current system over replacing it, we will! Breezy HVAC and Construction is family owned and operated. The owner, Trevor Jaeger, has been in the field for 8 years but decided to open Breezy in February 2021. Trevor is accompanied by his wife Desirae. Together they work with customers to determine the best options available for them! Stay comfy and call Breezy! We make it easy!  …

Murphy's Fireplace & Stove Inc. was started in 2000 when Paul Sanders saw there was a need for a certified and fully trained chimney service company in the Willamette Valley area. You never have to worry if the person that is entering your home and servicing your vent system or repairing your fireplace is trained and certified, because we guarantee it! Murphy's never uses subcontractors for our projects and is able to handle all of your home & hearth needs. Satisfaction Guaranteed CCB: 206435  …

Chimcare Portland is family owned small business servicing our local community since 1989. We pride ourselves in going above and beyond the call of duty for each and every one of our customers. All of our employee's are pre-screened, drug free and provide top notch service! Our Employee's arrive in uniform and in marked vehicles. When you Choose our company you really choose the best Chimney Sweep and Chimney Repair Company that Angies List has to offer! We also specialize in fireplace installations of gas and wood burning fireplace inserts. We also build outdoor fireplaces. Call Today and Get Ready to have the best Service Possible! Additional email - info@chimcarellc.com. Additional phone - (503) 655-2446  …

Bonded
Insured
All statements concerning insurance, licenses, and bonds are informational only, and are self-reported. Since insurance, licenses and bonds can expire and can be cancelled, homeowners should always check such information for themselves.To find more licensing information for your state, visit our Find Licensing Requirements page.
General Information
Free Estimates
Yes
Eco-Friendly Accreditations
No
Payment Options
Check, Financing Available
Senior Discount
$10
Warranties
Ask for details

Silver Creek Chimney Sweep is currently rated 4.9 overall out of 5.

No, Silver Creek Chimney Sweep does not offer eco-friendly accreditations.

No, Silver Creek Chimney Sweep does not offer a senior discount.

No, Silver Creek Chimney Sweep does not offer warranties.