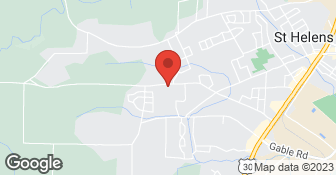 We are a full service remodeling company that does it all. One contact means only one person to deal with. We pride ourselves in quality work and insure your complete satisfaction.

We hired ARK Remodeling the first time in the fall 2014 to do a bathroom remodeling (tiles, countertops, painting) as well as a partial siding replacement. They did a good work and their prices were competitive. So we decided to hire ARK for a 2nd time in our new house in Dec 2014. The work involved repairs of several areas around the house per the repair addendum as well as installing 2 stone walls. The troubles started on that house. First, their prices weren?t competitive anymore. They were 20-40% higher than other contractors I contacted later. They also started making false promises to start the work at a certain date and keep pushing out the dates. The crew would come for a couple of hours 1 day and then another few hours few days later. We had several instances where the owner would tell me that would be there the next day or that I am ?the focus? that week, and that following day it was a no-show, no call, no emails. The worse thing is that we had paid the full amount of the repair before all the repairs were done. The reason we agreed to pay in advance was for the ease of house buying transactions and because we trusted him to complete the work in a timeline manner. When they weren't showing up, I would email, call, leave voicemail, text and most of the time, I wouldn?t get any answers. The crew left a mess in their working area a couple of times after they were done at the end of the day and I had to call the owner several times to ask him to get somebody to clean up. We were so disappointed and frustrated with them and having to chase them every day for 2 months that we finally gave ARK a deadline to accomplish the work or we would take further actions. They did complete the work on the last day but not without much effort from our side to make sure that the job would be done properly and on time. We had a very disappointing and frustrating experience with ARK and we definitely won?t hire this company again.

Chimcare Portland is family owned small business servicing our local community since 1989. We pride ourselves in going above and beyond the call of duty for each and every one of our customers. All of our employee's are pre-screened, drug free and provide top notch service! Our Employee's arrive in uniform and in marked vehicles. When you Choose our company you really choose the best Chimney Sweep and Chimney Repair Company that Angies List has to offer! We also specialize in fireplace installations of gas and wood burning fireplace inserts. We also build outdoor fireplaces. Call Today and Get Ready to have the best Service Possible! Additional email - info@chimcarellc.com. Additional phone - (503) 655-2446  …

Since 2005 we have been serving the greater porland are with kitchen, bathrooms and other areas of the home with beautiful, and durable countertops. Our experience, committed and attention to detail has help us to provide a myriad countetertops to many happy customers. Our company has built a solid base of customers by providing beautiful countertops and impeccable craftsmanship over 15 years. We know and understand the importance to have the job done right and in a timely manner. This is the reason, we detailed our work and offer same day tear-out and installation on all of our projects. Our main goal is to have satisfied and happy customers!  …

We do all aspects of construction, from pressure washing your roof to adding an addition to your house.

Ark Remodeling & Construction is currently rated 2 overall out of 5.

No, Ark Remodeling & Construction does not offer a senior discount.

Ark Remodeling & Construction offers the following services: We do all aspects of construction, from pressure washing your roof to adding an addition to your house.