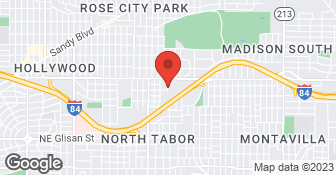 We are a local moving Company based in Portland that provides quality, affordable moving and labor services serving Portland, Oregon Metro Area. We are a local community based family business. Our movers are trained prior to going to any move so they have moving experience sent to your home. Portland Movers Company is one of the highest rated moving companies in Portland Metro area. We are licensed, Insured and and ODOT Certified. Our main goal at Portland Movers Companies is to provide our customers with fair prices and accurate moving quotes, also to bring highest quality service on every move we do. We will provide you highly experienced teams of movers who are on time, in uniform and know how to protect all your furniture, floors, walls and banisters as needed for residential moves or commercial move. No matter how big or small the job Portland Moving Co aim on every move is to completely satisfy all of our customers moving needs and make them happy by eliminating normal moving day stresses and replacing them with total satisfaction every time they move....

For whatever reason, these guys are always there to bail us out when we are stuck between a rock and a hard place with moving. I used their services once in 2018 after movers cancelled on us over July 4th holidays, and again in 2020 just before Christmas. Naturally we were in a jam again - this time we were moving across the country instead of locally and got scammed. Big time. We decided to throw our things into storage for time being and only trusted this company to get our belongings there. As always, we were offered great service, transparency and a quick therapy session lol. We trust them with our valuables. And they move quickly! Thanks for saving the day again, guys. If you’re in the PDX area, please give them a call first!

Excellent! They completed the work ahead of schedule and did a great job double wrapping the furniture to protect it. They also did a very good job safely packing the POD so the items are secure.

Description of Work
Moving furniture into a storage POD

Don't use Portland Movers. They have a scam they perpetrate. They quote you a price and a minimum number of hours. Then they purposely send a crew that is too large for the job, so that you have to pay 4 or 5 people the minimum number of hours. They are done WAY early and they leave. Presumably, they go off to another job, so the workers are just paid for their time, but the company, Portland Movers, is paid double because I am still paying for the workers while they are working elsewhere (and that client is also paying for them). I discovered this because I assumed that I had engaged this crew of four for four hours and they would work for four hours. When I saw that they would finish early, I began to think about other tasks I wanted these strong people to do for me in the four hours I had paid for. When they said they were done, I said that I had other tasks for them to do and they were puzzled. I asserted that I was paying them until 3pm and they were still puzzled. I showed them what I wanted done, and they were still puzzled. I hired Portland Movers a second time and spend a considerable amount of time on the phone with Christina, the boss, that day. I told him, repeatedly, that I was paying for these workers for their full shift. He kept saying that they were only allowed to do the tasks that were in the agreement. So I had to call him and say, "I want Sarah and Kim to move a large desk, which is trash, to the curb where it is gong to be picked up by the trash hauler. Is that acceptable?" Then, "Can they disassemble it first?"

Description of Work
Moving of household

The tech seemed to be very familiar with the issue and was prepared to do the necessary repairs.

Description of Work
One of the sprinkler zones would not stop running.

The movers were very polite, but they did not protect the furniture adequately. Almost all items arrived scratched or damaged.

Description of Work
Moving whole house furnishings from Portland, OR to Vancouver, WA

This is the second time she has used your company and it went well. The two workers were fast and helpful and easy to talk to about her concerns. One of the two men had actually helped her move the last time. Since her mother and I are not able to help with the heavy lifting any more your company is really needed.

Description of Work
Moved the "big stuff" from a rented room in St. Johns to an apartment in Tigard area.

Thank you so much for taking the time and writing your recent experience with us, we truly appreciate any feedback we receive. Kind regards PMC TEAM
5.0

It went well. Christian and his two men we nice and fast. They rolled out mats to protect my floors. They even moved a few items several times due to my indecisiveness. . . All with smiles. Christian and I had a misunderstanding on the date of my move and when we realized the miscommunication he immediately gathered the movers to come empty my pod. I could not be happier with the move and service I received from Christian.

Description of Work
Christian and his crew moved me out of my condo and put it all into a 16foot pod. I was so impressed that they fit all my belongings in. I was in 700 square feet and had a basement and a garage full to brim. They Also emptied my POD at the new house in record time.

Thank you for taking your time out of your day to share your recent experience with our moving services. We appreciate any feedback we receive. KIND REGARDS PMC TEAM
5.0

The guys were about an hour late but they called to advise they were running behind. They got right to work and everything went very smoothly and efficiently. They did a fantastic job! They wrapped the items and put blankets on them to protect them. When they arrived at the storage place, they stacked it all very neatly and efficiently. Can't say enough about the great job that they did. Very strong and hard workers!

Description of Work
Moved some furniture for my client from his home to a storage unit.

Thank you for the review. We appreciate any feedback we receive from our customers. Kind regards PORTLAND MOVERS CO TEAM
5.0

They did an amazing job. They got everything in the POD, packed it so well that nothing was damaged in the move. They were punctual, courteous, very hard-working and cheerful. The best movers we have ever used!

Description of Work
We chose to move cross-country in a large PODS container. This company came to us through a referral from the PODS company. Their role was to carry all our furniture and boxes from our 3-story town house to the container and load/pack it into the container to maximize use of the space and pack it securely so nothing would be damaged in the long trip.

Thank you so much for a great review. We value our customers opinions and strive to go above 100% satisfaction. . PMC TEAM

Award winning Local and Long Distance Moving & Storage. We provide the best trained and highest quality service on the West Coast. Featured on the front page of the Oregonian. Winners of the American Moving & Storage Association Enterprise award! Highest rated company on Yelp and Google. The only actual certified GREEN moving company by the sustainability association; All Service Moving provides professional household and commercial relocation services. Our crews are well trained, drug tested and background checked. We specialize in large homes/offices and challenging situations. ASM provides a specialty long distance moving service that you can not find anywhere else. We also move pianos and provide storage and equipment to meet your needs. We do not use day labor and we provide an efficient and high quality service. Let us impress you. Find us in Los Angeles CA, Portland Oregon and Seattle Washington.  …

At Cal’s, we believe there is a better way to do moving. Moving has a reputation to be a stressful experience and we understand that! We do all we can to ensure your move is as stress-free and as seamless as possible. We take the extra time to make sure our business is one step in front of the competition. Whether that be training through the American Moving Association or supplying each of our crews with the most professional, up-to-date protection and equipment possible. With us, expect a complete and professional experience. We will not cut corners just to make an extra couple of bucks. We will complete each job up to the standards of each customer, and that is a guarantee! We service Corvallis, Albany, Salem, Beaverton, Portland, Tigard, Hillsboro, and all areas in between, including the coast!  …

Competitive pricing, trustworthy service. Our company is a full service moving and storage team that will follow out your job personally, the entire way through. Our team is professional, skilled, and attentive. With the ability to provide free on site estimates in the local Portland area, as well as being capable of full residential and commercial moves. Packing material available upon request.  …

Portland Movers Company LLC is currently rated 4.3 overall out of 5.

No, Portland Movers Company LLC does not offer warranties.

Are there any services Portland Movers Company LLC does not offer?