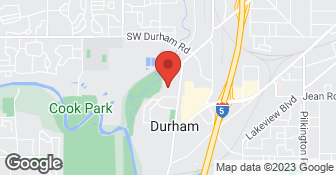 Cascade Custom Remodel & Construction operates in the Portland, Oregon Metro area. We have over 40 years of experience and a client satisfaction rate of over 98%. We believe in providing top quality workmanship at a reasonable price. Our satisfied clients tell the story better than we ever could. You can check out our reviews and our web site. Why do folks hire us? Details & Transparency; we show all of the net costs and markups which gives our clients more control of the budget and creates trust in our relationship. On time Completion; we provide a schedule at the beginning of the project and update on a regular basis which saves time and money and allows our clients to plan other aspects of their life. We Keep the Job Clean and Protected; we vacuum everyday and prevent dust from migrating into non work areas which provides a safe environment for the client and the workers. Small Start Up Payment; we ask for only 5% of the contract amount at the start which lowers risk. Daily Supervision by the Co-Owner of CCR; We are on the job daily to supervise which helps ensure that details won’t slip through the cracks and the project progresses in a reasonable manner. We would like to add you to our long list of satisfied clients. Please call or email us today....

At Velazquez Painting & Construction we put quality and customer service first. Our highly trained and experienced craftsmen are dedicated to making sure that you, the Customer, are completely satisfied with your home or commercial project. It is our goal to gain you as a customer for life.  …

Owner operated with over 25 years of experience. High quality upscale work. Honest and dependable. Residential and light commercial work. Cost is determined by the job. No travel charges. Two locations in Oregon City and McMinville. CCB# 207112  …

Overall, we were quite pleased with Cascade Custom Remodel. Our kitchen remodel was close to being on time, and most of the subcontractors were excellent. Our main complaint was the lack of leadership during the project. It was our impression during the bid phase that Larry would be overseeing and managing the project. We soon found out that was not the case. The project foreman was not an employee of Cascade, and there were important times when he was not on site. Communication at times broke down, and some hiccups could have been avoided if there was greater attention to what we wanted, as well as a better explanation of available options for various installations. That being said, the quality of work was very good, and the finished product looks great. There were some problems with the cabinet maker Larry recommended. These mainly involved the operation and fit of the drawers, and delays in delivery. However, most of these issues were eventually addressed, and the final product does look nice.

I take full responsibility for the lack of focus on this project. It did not go as well as we wanted or expected. We have taken specific steps to correct the lack of communication that happened on this project. I appreciate the owner's patience during the more chaotic times during production. We will do better.
5.0

We have hired Cascade Custom Remodeling for all three of our projects and have been very happy with the results. Larry the owner, hires great contractors who really know their stuff. The projects were finished on time, and Larry is very diligent with details and his expectations with the contractors are high. Larry is accurate with his costing process which results in an accurate bottom line. Unforeseen problems are promptly resolved with focus on owner’s satisfaction. We have one remodel project remaining and will be hiring Cascade Custom Remodel & Construction once again.

Description of Work
We have had a kitchen and 2 bathroom remodels, plus exterior work/painting and windows

It is always a pleasure to work with you folks. Thank you for your business.
5.0

This process was BETTER than I anticipated. Larry and Zane really listened to us and worked with and for us. They took care of all of our concerns and always got back to us in a timely manner. Right on budget also. Would definitely hire again and refer our friends to them.

This is our second experience with Cascade Custom Remodeling - the first remodeled two bathrooms, and updating a fireplace mantle and tile. This remodel was a major remodel of our kitchen, and involved moving the cooktop, adding a new vent hood, relocating and adding a pantry, moving the refrigerator, expanding the island and adding cabinets. We replaced all appliances except for the dishwasher. The project went very well, Larry provides a calendar with the schedule clearly outlined, with any delays or changes clearly communicated. Our project was completed within a few days of the original schedule. Larry worked with us to meet our budget, and there were no surprises as the project progressed. Larry has hired an on-sight supervisor that we either saw or communicated with daily - ensuring that sub-contractors showed up and provided quality work, and the project was cleaned up everyday. We had one small item that was not completed by the final close of the project - Larry followed up consistently to ensure it was completed. Our new kitchen has more than met our expectations - we highly recommend this company.

This was our first major remodel so we have little to compare it to but overall, we feel that the project went well. It did take longer than we expected and we had some hiccups but nothing we would consider as a major issue. As the general contractor, Larry is very organized from beginning to end. He communicated well with us throughout the entire process, from our first meeting to our last. This was very important to us. We received a weekly report which included the work completed the prior week, the work completed to date overall and costs to date. On a day to day basis, questions were answered very promptly and issues addressed quickly. We found that he was a bit more expensive than other general contractors but we feel he was worth it. You get what you pay for and our project was in very good hands. Larry or his second in command (Zane) were onsite on almost a daily basis. For the most part, the subcontractors used were good but any issues we had were handled by Larry or Zane so we did not have to deal with the subs directly. Larry and Zane were very personable and easy to talk to and work with.

We did extensive upgrading to the downstairs of our home. From the beginning Larry was direct in what we could expect. Communication was clear and consistent. When unforeseen project issues were encountered (there will always be some!), they were resolved to our satisfaction. We were also impressed with Larry's subs. Not only did they perform quality work, but because Larry had a longstanding working relationship with them, it made handling all issues that arose much easier. The respect went both ways and we always felt that we were a priority. Happy to recommend Cascade Custom Remodel.

After our kitchen suffered a dishwasher leak we had to find a contractor that would allow us to not only make the repairs, but also give us this opportunity to upgrade our 1970s kitchen. I stumbled onto this company through Nextdoor and I am so glad I did. Larry was professional, timely, and all around pleasant to work with. He was upfront about all our costs and we never had any sudden surprises throughout the process. The companies he used to build our kitchen were exceptional. Everyone was efficient and highly skilled. We now have the kitchen of our dreams and we could not be happier. I will certainly be using this company again if/when we take on a bathroom remodel. If you are looking for someone to take on your next kitchen project I highly recommend Cascade Custom Remodel!

The owner was honest that the job was a little smaller than they usually take. He referred me to a licensed contractor that he works with and gave me a heads up that scheduling may be challenging as the market is hot right now and a lot of quality contractors are booked out a few months. Excellent customer service. Honest and helpful!

Description of Work
I called to inquire about a bid for a small job.

Thank you for your review. I hope our referral works out for you. Take care, Larry Mock, Co-Owner
5.0

So well. Larry was so helpful and professional. He kept on top of scheduling, permits, subcontractors, and made sure we stayed close to timeline. He addressed all issues with care and transparency. He is an honest businessman, and kind. He always brought treats for my dog, and would play with him too. I would recommend Larry to anyone needing remodeling contracting services, and I would definitely use him again.

We enjoyed working with you, [Member Name Removed]. Take care
5.0

We generally do not complete repairs such as water or fire damage, dry rot, etc.