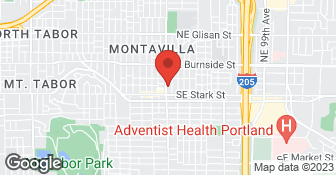 Description of Work
They repaired our gas fireplace, cleaned it up and it now works like new.

Description of Work
This is a difficult evaluation to write. I purchased an Angie's list special for a gas fireplace tune-up. It took about a month to get scheduled. On the day the tech arrived he was on time and was professional in his greeting. However, after a quick look at the fireplace he said he had never worked on that model (a national brand) and did not have the skill set to do any maintenance. He then packed his gear and left. I called All-ways and asked for a refund and they said they hadn't yet processed it through Angie's List. Angie's List quickly processed my refund and I found a different vendor at a considerably higher price. | |My disappointment was the lost month waiting for an appointment only to find they lacked the skill set to do the maintenance. If there were models they didn't work on it seems they could have mentioned that on AL or asked the brand and model when I called for an appointment. | |I'm glad that the tech had a high enough degree of professionalism to admit he wasn't qualified to do the work. Since I'm not experienced in fireplace maintenance, he could have just gone through the motions and left with none the wiser. For that I'm grateful. But I must say this was my first disappointment with an otherwise good experience with AL vendors.

I contacted them with in a few weeks of my purchase. They eventually called me back and I told them I would like my fireplace looked at and make sure it was working properly. I also informed them there seemed to be a nest in the top of the chimney. They told me they did not perform that work of cleaning the debris. So, I cleaned out the chimney as they requested and called again to get an appointment. As we were talking about a time and date, half way through, when I told them it was an Angie's list deal, they said oh, let me put you in contact with someone else to make that kind of appointment! The gentlemen then told me let me call you back after we look at our availability. They never did call back. A few weeks later I called. Again Chuck never called me back. I called them yesterday and spoke with Chuck. He said, oh yes I remember, we can't do the work at your house. I asked why. He said the deal is expired!! I told him it does not expire until mid June. He said, we can't do the work because your chimney is not cleared! I told him it was cleared as they directed me to. I then asked for their office number and called them. A lady answered and again after I explained she remembered me and said they were not planning on doing the work. I asked why they did not contact me. She had absolutely no reason why they did not get back to me with my several attempts to get the work done. She was extremely rude and eventually told me that they had asked to give me a refund. She never once apologized for their incredible lack of courtesy and professionalism. She in fact raised her voice at me and would not finish my sentences. She got incredibly defensive and literally was having a nervous breakdown on the phone. I asked for someone else and within a few minutes they said they would look into what had happened and took my email to show the proof of them canceling the deal, with out my knowledge of course. This company was an absolute waste of time form me and my family. We were hopeful to use our gas fireplace this winter and now it has come and gone. I am extremely disappointed with this deal. The work was not performed!!

Description of Work
The company did a great job scheduling around when I could be home. The service seemed through and professional and all my questions were answered.

Description of Work
I was upset because it took a month to get the service scheduled. The reason I was told is because they were so busy. Not okay.

I purchased an angies list deal to have them do a tune-up on one fireplace. I was originally planning to install the blowers myself, but ran into problems getting around the natural gas hose. Instead of risking a NG leak, I asked them to install the blowers in each fireplace while they were there. They adjusted to the extra work with no complaints and with a great attitude. They even didn't charge me extra for the installation. They arrived a little late, but called ahead to let me know. There was a lot of black ice that morning, so I was happier they were late and being careful.

Description of Work
Installed a blower in two gas fireplaces and did a tune-up.

It was fine. I am not sure if I would use them again in future. I would have to get more information on other companies. He was on time and he was thorough.

Description of Work
I purchased a big deal for $99 for a Gas Log Fireplace Tune-Up, Cleaning, and Inspection.

I purchased a fireplace in early November to have it in place before Thanksgiving. The fire place didn't work when it was installed. I called this service to come and look at it. It took three weeks for him to come out and service my needs. This was after Thanksgiving. When he did get here he was not well informed about this unit or how to fix it. The store employee offer for me to return this 400 plus pound unit to the store to be replaced. I got the unit back to the store and they ordered a new unit which was an upgrade from the previous unit. They did let me know it would take about a week. It ended up being two weeks. The exterior plates was supposed to come in at the same time. The unit came in but the plates did not. Finally, they told me the plate would be in the first week of January. When I picked the two pieces, one piece was correct and the other was not. They said the measurements for the custom piece was not correct. He questioned my ability to measure and sent someone out to measure my fireplace opening. This is now the second week of January. I just received it on Wednesday, and the work was not done at a high quality.

Description of Work
I purchased a fireplace from this company but didn't need to have it installed.

Darrell was able to come out the day after I called. He got the burner going and hooked up the thermostat and checked over the stove. He was thorough and explained the workings of the stove to me.

Purchasing in the store went great, staff very attentive. Installation had to be delayed a couple of times which was fine, but when they installed the woodstove, 7 days later it became very icy and rainy and the roof began leaking where the stove was installed. I spoke with the owner Ron who told me that the installer would call me back by the end of the day. He never called. The next day I called again and asked them to call him on his cell to contact me. Again, he never called. Day 3 of roof leak down onto the woodstove, and they are no longer answering their phone. Luckily I had my contractor out to look at other issues in my home and he went up and looked on the roof. The caulk used by the installer the All Ways Warm installer that works for them was WATER BASED on our ROOF in the winter. They still have not answered my calls. They have finally came out and re-caulked the roof three days after it was leaking.

Service at the store was excellent. The sales person was pleasant and knowledgeable. I was disappointed that they did not have their own installer, but using the installer they recommended worked out well. He and his assistant came on schedule, installed, and tested the unit in 4 hours. I was completely satisfied with their work.

Description of Work
Purchased a 20K Btu demo gas fireplace insert during their moving sale in Feb 08 for $1272. An independent installer, whom All-Ways recommended, installed the unit inside an existing wood fireplace insert for $1230. The installer had a clean CCB record. The installation cost included natural gas piping from an existing furnace, inlet and vent piping, chimney cap, and custom bottom trim and took 2 men about 4 hours labor.

They were very helpful, gave good information, good products, and used good people to place the products. Prices are comparable to others in the area.

Description of Work
I bought, and they placed both a wood stove and pellet stove fireplace inserts.

We take great pride in our HVAC experience, expertise, quality and customer service that we provide to meet your needs. It is our mission to provide excellent workmanship and complete customer satisfaction from start to completion of a project. In order to understand the needs and expectations of our customers, we take great care to work and communicate with every customer a professional manner. Our reputation is based on service, safety and quality, regardless of how large or small the job.  …

Local Family Owned and Operated Since 1992. Carrier Factory Authorized Dealer. We support local businesses and organizations in the Metro area and we try to source our materials and supplies locally.  …

Since 1976, Roth Heating & Cooling, Plumbing, Electrical, Drain Services has been committed to one thing: providing the very best heating, cooling, plumbing, electrical, and drain services in the greater Portland area, coupled with truly outstanding customer care. Throughout the decades, they’ve been helping residential and commercial customers throughout the region achieve the comfort and safety they need. The Roth Heating & Cooling, Plumbing, Electrical, Drain Services team goes above and beyond for every customer, offering custom solutions and fast, honest repairs when you need them most. They’re even available for 24/7 emergency services! As a full-service heating, cooling, plumbing, and electrical company in Portland and serving the entire region, Roth Heating & Cooling, Plumbing, Electrical, Drain Services has what it takes to tackle any home service problem. From new water heater installation to furnace repairs to AC replacement, drain cleaning, whole home repiping, electrical panel upgrades, new lighting installation, and more, they can help you ensure that your home or business is in tip-top shape. With Roth Heating & Cooling, Plumbing, Electrical, Drain Services , one call does it all! Find out more about their comprehensive range of services, or request your appointment today when you call their friendly and professional team!  …

How is ALL-WAYS WARM STOVES AND FIREPLACES overall rated?

ALL-WAYS WARM STOVES AND FIREPLACES is currently rated 4.6 overall out of 5.

What days are ALL-WAYS WARM STOVES AND FIREPLACES open?

What payment options does ALL-WAYS WARM STOVES AND FIREPLACES provide

No, ALL-WAYS WARM STOVES AND FIREPLACES does not offer eco-friendly accreditations.

Does ALL-WAYS WARM STOVES AND FIREPLACES offer a senior discount?

No, ALL-WAYS WARM STOVES AND FIREPLACES does not offer a senior discount.

Are warranties offered by ALL-WAYS WARM STOVES AND FIREPLACES?

No, ALL-WAYS WARM STOVES AND FIREPLACES does not offer warranties.

What services does ALL-WAYS WARM STOVES AND FIREPLACES offer?