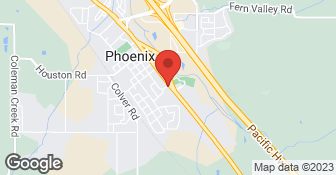 Perfect—we couldn’t be happier. The whole team was wonderful!

I am a retired business consultant and my wife is a Nurse Manager at our local hospital. In July 2013, we purchased two wood stoves for our new home from Home Comfort Hearth and Patio in Grants Pass; a small Jøtul stove for the family room and a Pacific Energy Alderlea T-4 Classic for the main living area. Home Comfort did the installations. Going into our 3rd heating season, we decided that it would be good thing to have the chimneys cleaned and give the stoves a maintenance check. We called Home Comfort and they recommended their in-house chimney sweeps ?Chim-Chiminey Chimney Sweepers? Because they were busy, we had to wait a month for a service call. And on November 16th the Chimney Sweepers arrived, and in 45 minutes, did their thing, reported both stoves in in good condition, very little creosote buildup, all is good. I paid them $200 and they left. Within a few days it became obvious that something was not right with the Alderlea stove. It was burning too hot and would not damper down properly. It was getting too much air. Instead of an all-night burn, a 4-log load lasted about 2 hours. I videoed the stove burning and visited Home Comfort?s showroom to arrange a call-back service call. 21 days later, On December 7th, Chimney Sweepers came back. And what a surprise, they forgot to reinstall a gasket in the patented baffle system when they cleaned the stove. They installed the missing gasket and installed a new door gasket. Good, I thought, slow service, but problem solved. WRONG!! Stove still does not function properly. Again I videoed the stove burning and visited Home Comfort in person to arrange another service call. This time I requested that Mike Kohn, the owner, to come out and see what is going on with our stove. But apparently, Mike was busy. It was 30 days later on January 7th, Mike was able to free himself up to do a service call. He removes the baffle from the Alderlea stove and guess what? No gasket again. He also tells me the Sweeps had installed the wrong size door gasket, and the door is not sealing correctly. However, since he did not have a baffle gasket or the correct size door gasket in his truck so he will have to come back again. And watching Mike struggle with the removal and reinstallation of the baffle system, it seemed clear that he was unfamiliar with the stoves internal systems. Also noted at this time, that the baffle insulation specified by the stove?s manufacturer was crushed and pushed back away from the baffle . Mike tells me the insulation does very little and the baffle gasket really should not affect the stove?s burn characteristics. End result, Stove will still not damper down correctly. January 13th, Mike returns! This time he has the baffle gasket, which he installs. He has a new, door gasket of the correct size. He removes that previous gasket and installs the new one, And leaves. 24 hours later, paper test shows the stove door is not sealing properly and stove will not damper down correctly. Again I video the stove burning, and visit Home Comfort?s showroom again. January 21st. Mike comes out again. This time he has the wrong size door gasket with him. Since he cannot use the new gasket he brought with him, he removes about half of the previously installed door gasket and reinstalls it using, as he says, a different mastic, which he applies in thick globs and sticks the old gasket into the glue. After 2 ½ Months and five service calls later, we are still concerned that our stove might still not be operating to factory specifications. Home Comfort has not been able to assure us that the problems they created in trying to service our stove have been repaired satisfactorily. This fact leaves us very skeptical the problems are corrected. That being said, we have now discovered that my roof is leaking around the chimney flue pipe and the water is staining the ceiling. An inspection by a certified stove installation company has revealed that the chimney flashing originally fitted by Home Comfort around the flue pipe was incorrectly installed. Photos of this botched installation reveal workmanship that can only be called unskilled, slipshod, and lazy. The roof shingles do not overlap the flashing material anywhere. The flashing is held down with drywall screws and edges are not caulked. The Storm Collar had ¼? gaps with no caulking. Why this took so long to begin leaking is beyond me. This incredibly negligent installation has resulted in visible water damage to our roof, and ceiling. We have hired a roofing contractor to properly reinstall the chimney flashing and repair the roof to stop further water damage. The Jøtul and Pacific Energy stoves are terrific products and perform as good as or better than advertised. It is the seeming incompetent and ham-handed work done by Chim-Chimney Chimney Sweepers and the owner?s apparent total lack of concern for the problems created by his Chimney Sweepers that will prevent this customer from ever recommending Home Comfort Hearth and Patio to anyone considering the purchase of a wood stove. We have now spent over $600 repairing the damage caused by Home Comfort Hearth and Patio.

Bonded
Insured
All statements concerning insurance, licenses, and bonds are informational only, and are self-reported. Since insurance, licenses and bonds can expire and can be cancelled, homeowners should always check such information for themselves.To find more licensing information for your state, visit our Find Licensing Requirements page.
General Information
Free Estimates
Ask for Details
Eco-Friendly Accreditations
No
Payment Options
Check, Visa, MasterCard, American Express, Discover
Warranties
Ask for details

How is Home Comfort Hearth and Patio overall rated?

Home Comfort Hearth and Patio is currently rated 3 overall out of 5.

What days are Home Comfort Hearth and Patio open?

What payment options does Home Comfort Hearth and Patio provide

No, Home Comfort Hearth and Patio does not offer eco-friendly accreditations.

Are warranties offered by Home Comfort Hearth and Patio?

No, Home Comfort Hearth and Patio does not offer warranties.

What services does Home Comfort Hearth and Patio offer?