All Star Plumbing and Drains 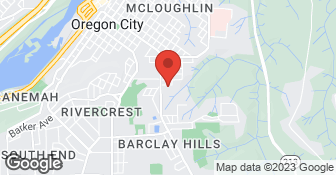 Our experienced plumbers have successfully handled the worst of plumbing nightmares. We understand the costs that are associated with the maintenance and repair of your plumbing system and make every effort to reduce your costs. Let us take your plumbing worries away!...

Mike was awesome. They just changed they're name to Work Horse so it was hard to find. Very nice, affordable, personable and professional!

Not well. I originally called because of decreased water pressure in the kitchen and bathroom. I was told that the house needed re-plumbing, since the 1950 system was still in place. Work was scheduled to start on 20 Aug, then 29 Aug, and finally 4 Sep. I was notified of these delays either the day before, or on the day. The main job went OK, but the devil was in the details! 1) I noticed that no water was getting to the dishwasher (which was full of dirty dishes). When I called to report this, Mr. Barrow told me to go downstairs to the water heater and turn a certain valve that he had forgotten. When I did, it started leaking. He told me that he couldn't get there that day to fix it,(although he lives in the neighborhood and said it would take a couple of minutes.) He said he would come the next day (Sunday) when I let him know I was home from church services. I called the next day, but got no answer. I called again 4-5 hours later, left another message. I had a class that evening, and when I got home Mr. Barrow had left me a message that he was sitting outside my house at that point but he left when I didn't answer the phone. I still had a dishwasher full of dirty dishes. I called again the next day, and he eventually showed up and tightened the valve. He told me that his van had broken down over that weekend, but he didn't extend the courtesy of a phone call to explain. 2) He told me I needed a ground wire installed by an electrician, which took a permit that he obtained for me. Then he said that I would need an inspection, which delayed things further. When I expressed some frustration with this, Mr. Barrow told me "Well, that's the way it is and you just have to accept it. You're lucky to get an electrician or a plumber at all!" (another reminder of how "slammed" he was with work.) I don't need to be lectured by someone to whom I have paid $10,000+ for a job. As far as being "slammed" (his word), I am a retired nurse practitioner and would never have dreamed of addressing any of my clients in that tone, no matter how frantic my day was. 3) At some point, it had been necessary to dig in the front yard to uncover the pipes coming into my property. He told me that it would be filled back in when the ground wire was done. I emailed him when this was finished. Days went by with no response. I emailed again (20 Sep) voicing my concerns about the hole in my front yard, AND about the fact that the original problem (low water pressure) was not resolved. Eight days later, I got an email saying that he would be by "next week" to finish up. I have not heard from him since.

The work was promptly and well done, quite unobtrusive into our everyday lives. We were without water only a very short time near the end of the job, which lasted about 4 days. House has one bathroom, double sinks. The water pressure easily doubled after the work was completed. Mike Barrow, the owner, is pleasant to deal with. He came out very quickly when the water meter man discovered the leak and he did not charge for the estimate. Work began within a few days. Price for interior repipe was $5800, Total charge, inside and out, $8300

Description of Work
Our plumbing developed a leak near the crawlspace. Because both house and exterior plumbing were original to this 1962 house, we had both replaced by All Star Plumbing and Drains.

Mike came out and figured out the issue and fixed in without issue. Great service and nice guy.

Description of Work
I put in a new garbage disposal and had a leak I couldn't fix.

Mike was great - he gave us several options for washer placement, and worked with what we wanted to do. He was super helpful and we were able to ask a lot of questions. I would highly recommend, and we will continue to use Mike for future plumbing needs!

Description of Work
New plumbing set up for a washing machine

The provider thinks so little of his customers and their time that he never called us with and explanation but when I finally reached him he said that he could not come out for the price he quoted us.

Description of Work
This provider had installed several items for us in February 2014. His workmanship was creditable but we felt a little expensive. We decided to call him back because the dishwasher he hooked up was leaking from the intake valve. This provider promised to arrive the next morning. He never arrived. We tried to reach him by phone to find out what the problem was. We couldn't reach him and he didn't reply to the message I left. His wife, (in California) answered an email and rescheduled for the following morning. We put off our pl ans for a second consecutive day waiting for him to arrive. He never arrived.

Description of Work
They ran a gas line and switched my stove from electric to gas and installed the stove.

We are a female, minority owned company, specializing in sewer repairs, replacements, and all sewer related services. We are dedicated to providing our clients with the very best in service, installation, and repair for all phases of your sewer needs. We have industry experience since 1990 and we created our own company in 1994. We specialize in a variety of residential and commercial services and take pride in the attention to detail put into each of the projects we're involved with. We're known for our quality work and the integrity of our business. We look forward to building long-term relationships with our clients, and guarantee your satisfaction.  …

Owner operated. Our motto is "Where Quality Meet's Integrity" and we really value giving great customer service. We pride ourselves on how well versed we are in the plumbing industry, being able to accommodate our clients with most plumbing issues or projects that come our way. We work very hard to keep our clients happy, making sure they feel we are working hard for them. We have an amazing group of plumbers with years of great experience. We stay very consistent with the level of quality work we provide, at the same time trying to keep our pricing affordable.  …

Always Affordable Plumbing and Drains is a local family owned and operated business. Your satisfaction is our top priority. Proudly serving the Portland-Metro and surrounding areas. Our plumbers will deliver quality workmanship on every job no matter how big or small. Our client’s time is precious to us, so our plumbers are on time for every single one of their jobs. Our client’s satisfaction is our top priority. We make sure our clients get the service that they want and need. Our purpose is to protect the health and safety of our clients and the community. We are here to serve and protect you during your most vulnerable times. Your emergency is our emergency.  …

Frequently Asked Questions & Answers about All Star Plumbing and Drains

How is All Star Plumbing and Drains overall rated?

All Star Plumbing and Drains is currently rated 4.5 overall out of 5.

What days are All Star Plumbing and Drains open?

All Star Plumbing and Drains is open:

What payment options does All Star Plumbing and Drains provide

Does All Star Plumbing and Drains offer free estimates?

Does All Star Plumbing and Drains offer eco-friendly accreditations?

No, All Star Plumbing and Drains does not offer eco-friendly accreditations.

Does All Star Plumbing and Drains offer a senior discount?

No, All Star Plumbing and Drains does not offer a senior discount.

Does All Star Plumbing and Drains offer emergency services?

Are warranties offered by All Star Plumbing and Drains?

No, All Star Plumbing and Drains does not offer warranties.

What services does All Star Plumbing and Drains offer?