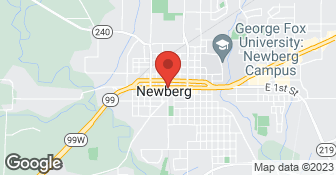 Please click the link to our website or call (503) 487-6895 with any questions or to schedule an appointment. We are the "Mole and Gopher Specialists." We can rid your property of moles and gophers using %100 eco-friendly methods. Our services are guaranteed and we don't stop until your property is completely eradicated to your specifications. SUPER SERVICE AWARD WINNER 2014, 2015, 2016 & 2017...

GREAT. You could not ask for more from a service company. On time, dependable and they get the job done. Their prices are similar to other trapping services. I have tried all the others and Gopher is the best by far.

Description of Work
I had several moles and gophers like 30 of each and Gopher Patrol kept coming back every week at about the same time every week until I had no more critters. I have worked with Alex for several years on my current property and my former 20 acre property and he has been honest and dependable.

The owner, Alex, is rude, threatening, has a racially derogatory remark on his Yelp COVID-19 response, calling it the "Chinese Virus Pandemic", so that gives you a picture of how the service is. I hired them to remove a mole in my yard for $265 for a 3 month service. The worker came out and set 2 traps. Two days later he removed 1 of the traps as nothing was caught. He came back 2 more time ( a week apart) and nothing was in the trap so he removed it and said that the yard was "cleared". I asked what that meant and he said he'd come back if there was any more activity. Then I got the bill. I asked what I was paying for if there were no traps in my yard anymore? The owner proceeded to make derogatory remarks accusing me of trying to skip out on the bill and that I was a deadbeat "whiner". He followed that up with more horrible emails, texts and voicemails. His worker Jayden then asked why I told his boss on him?? Very unprofessional group of pest workers if you ask me. I've filed a complaint with the BBB if you want to see the email string. I wrote a review about the poor service and he told me to take it down and that he'd see me in court. He clearly doesn't know what constitutes libel. I would beware of this company. I don't know how real his good reviews are.

I called about a mole in my yard in the evening, and they were there the vet next morning! Kevin is very professional and knowledgeable. I highly recommend this service.

Caught multiple gophers. Services are needed on an on-going basis for us, gophers keep finding their way back to our yard.

The traps were set, the wait was on. Soon those little critters had met their match. After the first round, a second one was needed. That was last year - scared them so bad - not a one came this year!

Description of Work
Gophers coming into our new yard, the other 5 acres weren't enough for them?

Excellent to know your place is still in good shape
5.0

Great. They were very quick to respond and the guy who came out was very informative. He search around the yard they put the traps where he felt they needed to be, 2 weeks later he caught one. He left the traps for 2 more weeks but there were no more gophers. We were very pleased.

Description of Work
We had a gopher destroying our backyard. He came in evaluated the situation and set out traps that day. Gave it two weeks came back but called before he came and found one gopher. Turns out it was one destroying the yard but he kept the traps in for another 2 weeks.

Very good, Alex knows what he's doing and we are very happy with Gopher Patrol.

Description of Work
I have a large property and they captured all of the gophers and moles that have run rampant for many years prior to my moving in.

Great they sure knew how get those Gophers

We contracted with Gopher Patrol from 09/2015 - 10/2016. The relationship at first was great. Our business was on a regular route. The traps were set and regularly checked by their gopher specialist. We decided to sign another 6 month contract. That's when things started to fall apart. During the second 6 month contract, they did not come out for a couple of months. When we called to ask why, they stated our normal route guy was moved to a different route We were then promised that our contract would be extended to December. They also stated that it was an additional rate to be on a regular route. Needless to say, the service was cancelled and we will be finding another company to use. The pricing I thought was fair. Total cost of 6 month contract was $225 plus $35 for each animal caught.

Description of Work
Needed a company to remove moles and gophers on our property.

Our response time is within 24-48 hours. Owner-operated business with nearly 20 years of experience in the pest control business. Here to meet all the pest control needs from general pest to wood destroying insects and rodents. We guarantee your satisfaction and we won’t leave until the job is done right. We pride ourselves on the quality work we provide, while delivering great customer service! Check out our services offered and call or click to schedule a free estimate today.  …

Croach is a leader in pest control services specializing in elimination and management of pests including rodents, ants, spiders, termites, roaches, bees, and other stinging, flying, or crawling insects. We build lasting relationships with our customers to keep their homes protected and pest-free. The basis of our success is providing customers with a tailored, long-term pest control and prevention program. We create custom elimination, exclusion, and integrated pest management solutions specific to each customer’s situation. Our rock-solid satisfaction guarantee ensures customers receive retreats between scheduled visits free of charge should a pest problem return. Meet your local licensed and experienced technician and learn how Croach pest control services give you consistent peace of mind.  …

2 EMPLOYEES. NO SUBS. COST IS DETERMINED BY THE JOB. TRAVEL CHARGES MAY APPLY. ASK ABOUT ANGIE'S LIST DISCOUNT.  …

How is Gopher Patrol overall rated?

Gopher Patrol is currently rated 4.8 overall out of 5.

What days are Gopher Patrol open?

Are warranties offered by Gopher Patrol?

What services does Gopher Patrol offer?

Are there any services Gopher Patrol does not offer?