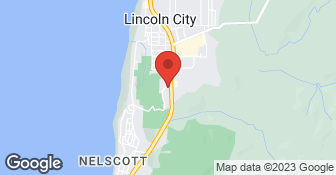 I was more than pleased.

Description of Work
Track an electrical interruption for overhead microwave and repair.

Really easy to work with and very nice people. Nelson came out to survey the job and gave us a quote. Tony fit us into their very busy schedule and along with Frank did a super job with our tasks Good problem solvers!

Description of Work
Figure out why our outside lights were not working; move chandelier and install new one; repalce bulbs in impossible-to-reach locations in 18' ceiling.

It's disappointing when customer service seems to be at the bottom of the list. Being treated less than is not comforting at all in this day when the dollar has to be stretched as thin as possible and greedy businesses like M & W Electric scavange the alleys looking for foolishing people to give them money. Not ours. Not ever.

Description of Work
We had made an appoint with Nelson to come out and give an estimate on some needed electric work and had made the appointment for 10:30 AM on 23 May 2016 and when he didn't show up at 11 AM I called and was told "I was gonna get to you sometime after noon." No apologies...nada... and when I reminded him of the appointment he said "I got kinda busy around here and I got people out here..." More excuses. I told him the least he could have done was called but all I got was more excuses and the condenscending attitude that our time was irrelevant.

Description of Work
Unresponsive to several phone and two angielist attempts to schedule service. Simply did not return my calls.

Description of Work
Located a electrical short & repaired the short in an hour :) Extremely great service!

Description of Work
installed LED dimmer switch and verify other outlets and circuits. |the technician was knowledgable and courteous. |informative

Both Jeremy and Tony were more than nice and were genuinely concerned about our problem and safety. I would highly recommend M and W to anyone needling electrical work.

Description of Work
We had a wall socket that stopped woking. When they came to fix it, it of course worked. Jeremy looked a short or other explanation. We had been nailing and insulating on the wall and thought perhaps that was the cause. He checked various other causes and concluded we were safe (hard to fix something that is not broken). I was happy to pay the $85 Two days later the same thing happened. Tony came out while it was not working and systematically traced the problem to an old wire. Tony was there for the better part of an hour and I fully expected to another $85. He wouldn't charge me again.

It was a bit of a challenge. Very limited access to run the new wires, but Mand W was creative, and I am happy with the outcome. What one thing would I change? A stainless steel meter base. However, I think the one I got was a compromise to get me connected up quicker, as the previous service was literally falling off the building, and the wires were corroded well beyond safety. I am happy I called them, and would recommend their work.

Description of Work
All new service, from the meter base to new breaker box & breakers.

My mom is in her 80s and she and a friend were staying at our beach house, and we were very worried about the condition of the wiring. I called a few electrical contractors and Mand W were the most responsive by far, the fellow who answered the phone took time to talk to me and figure out the severity of the situation. When I told him, 'Look there's 2 grandmas here and I'm afraid the house is going to burn down' he said he could get someone there in a few hours, which was incredibly nice. We had been having funky outages on and off for a while......The man who came, Jeremy, was very nice, and patient, and explained to us exactly what he was going to do with the sockets, and why, and what we needed to do to follow up. He had been on another job near by and the boss/dispatcher whom I'd talked with sent him over to check out our situation. He made us feel secure that no, the house wasn't going to burn down, and no, we weren't being annoying (although we probably were!). He was super patient with my mom, which was really nice. Would absolutely call them again!!

Description of Work
A safety check was needed as some of the wiring, discovered earlier by my husband, was melted. This is in a 40+ -year-old beach house. M&W checked and rewired all the electrical outlet sockets and reviewed all the wiring that had been installed more recently. The garage disposal wasn't grounded, stuff like that.

Other than coming later than originally promised (they did call, apologize, and ask if it would be OK to come at another time) this was an excellent contact. The office and the electrician were both courteous and respectful. The electrician quickly diagnosed the problem and had the parts to correct it quickly. For a service call with parts I thought the charge was reasonable and fair. I will definetly use them again.

Description of Work
Electrician checked a circuit for live wires and replaced a faulty light sensor.

Bonded
Insured
All statements concerning insurance, licenses, and bonds are informational only, and are self-reported. Since insurance, licenses and bonds can expire and can be cancelled, homeowners should always check such information for themselves.To find more licensing information for your state, visit our Find Licensing Requirements page.
General Information
Free Estimates
Yes
Eco-Friendly Accreditations
No
Payment Options
Check, Visa, MasterCard
Senior Discount
No
Emergency Service
Yes
Warranties
Ask for details

M & W ELECTRIC WEST is currently rated 4.8 overall out of 5.

No, M & W ELECTRIC WEST does not offer eco-friendly accreditations.

No, M & W ELECTRIC WEST does not offer a senior discount.

No, M & W ELECTRIC WEST does not offer warranties.