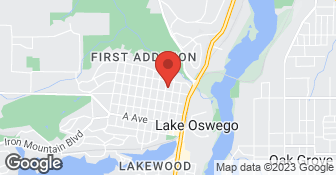 Billy Gene Judge Co. Specializing in customer satisfaction. We arrive on time and stick to the budget.

Long story short, the kitchen we hired him to remodel using cabinets, counters, and flooring we had purchased, still isn't complete almost a year later and Billy has been "done" working on the project since last August. While Billy is a nice guy, I think he's a bit over his head as a "contractor." I would say he's more of an adept handyman. Before our project began, I sent him all of the materials we had purchased so that he would know what he was working with (and be able to make sure he knew how to work with all of it ) and also compare his bid to the budget accordingly. It's clear rather than do the research and be sure he knew what he was doing, he just jumped in. Aside from a host of minor things which one can expect to go wrong during renovation, our floor tile was completely botched. Billy didn't mix the grout the same each time so it is seriously discolored and splotchy throughout the kitchen. We have had bids to fix it from legit tilers and their best recommendation is to rip it out and start over. Also, during his renovation all of our trim and wood work got very chipped and damaged and was left as such. To be honest, we didn't want Billy to keep fixing things that got messed up because we couldn't trust he knew what he was doing. Lesson to us: if the bid looks really low, it probably is because the person bidding doesn't know enough. Nice, punctual guy to do small jobs. And that's it.

Description of Work
Help us renovate our kitchen.

We can't thank Billy enough! Billy's approach was refreshing! He didn't make it seem more difficult than it was, gave us a reasonable quote and had our doors fixed the first day. He did such a great job, that we went on to hire him to build our deck as well. He is knowledgeable and thoughtful, and does things right the first time. He has helpful ideas, and is easy to work with. Prior to his help, we had french doors that had been installed incorrectly by a previous contractor and were leaking. We received several quotes that were astronomical so we had covered them, and were waiting until we could find the right contractor. Thankfully a friend referred us! We know you will have a positive experience working with Billy and his company!

Description of Work
Installed french doors and a deck with stairs.

I thought I had someone to replace my rotted deck boards, but things fell through and I was in a pinch to find someone. Billy was recommended to me by my painter and he was kind enough to come to my aid. He was very busy, but took his Saturday to do the work along with his helper. They did a great job. Billy went out of his way to make me happy. One thing I really appreciate about Billy, is that he is not hard to connect with. He either picks up his phone or calls back as soon as he can. Many contractors don't, which I find very frustrating. I can highly recommend Billy. He is not the cheapest nor the most expensive, but he is honest and does quality work.

Description of Work
He replaced boards in my deck and deck furniture.

Call Portland's only Velux Signature Service provider today. A family owned business dedicated to being the best skylight installation provider in the Metro area. Our team has over 35 years in the residential trades giving us the knowledge and ability to correctly advise and assist your skylight replacement or new installation needs. We also carry the areas largest selection of skylights and accessories and our experienced staff is here to assist you.  …

J& J Casta Concrete specializes in commercial and residential concrete services in and around Tualatin, OR. We can provide concrete installation, repair, or removal, depending on your needs.If you are interested in concrete patios or retaining walls for your backyard, we are the contractor you can rely on. Our concrete services are top-notch, and we stand behind our work.  …

Billy Gene Judge Company is currently rated 4.3 overall out of 5.

No, Billy Gene Judge Company does not offer eco-friendly accreditations.