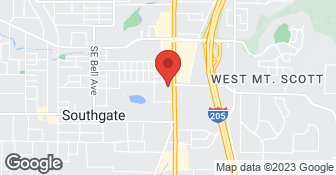 LICENSE CCB 225474 INSURANCE, BOND GREEN SHADOW LANDSCAPE & TREE SERVICE is family owned and operated. Located in Stayton, Oregon, we are dedicated to providing quality services to commercial and residential clients. Our goal at Green Shadow Landscape Maintenance is to make our clients happy all the time. With each satisfied customer, we enhance our reputation for creativity, professionalism, dependability, and bend over backward service. That is why we would love to make you another one of our satisfied costumers. This is some of the Services that we’re offering *Retaining walls Installation *pavers. installation. * Trees pruning & Removal * Decks & fence building * Lawn mowing & Landscapes Maintenance.  …

We had several bids for our large landscape project. Our slope made the project complicated and expensive. Micah was the only one to give us options and suggestions for various pricing levels. As a consumer, I rely on the expertise of the professional in the field and appreciated Micah's suggestions and the pros and cons for each material. He was knowledgeable and took the time to explain the process to us - and this is not an easy accomplishment with an engineer husband who does his own research and has many questions. Micah's method of communication was great. We were reassured that no short cuts were taken. In addition, the billing and communication of weekly work completed was detailed and understandable. The project did take longer than estimated but in my opinion, a small price to pay for quality craftmanship. We have done enough remodels to know that there are always surprises and quick communication and collaboration are the key to success. The staff were friendly, reliable, and wizards with the heavy machinery. I was impressed with how tidy they left the site at the end of the day. Our project officially ended in November ish of 2019 and there were a couple of minor issues which Micah was very responsive to. If you are looking for a company to do quality work and be responsive to your questions and concerns, I highly recommend Paradise Restored.

Great!! I was very pleased with the quality of work and the end results.

My experience with this company was great. Project looks great. I would recommend their services to family and friends.

Professional staff and quality work. I enjoyed working with this company and the work was executed beautifully.

Paradise Restored was great, they helped me design my outdoor space and basketball court at my new house.

Description of Work
Landscaping at my new home

Micah and his crew are very pleasant to work with. Hard working, trust worthy and know what their doing.

Terrible service - no follow-up whatsoever - even though I requested information

If only Paradise Restored spent as much time manicuring my lawn and landscaping as they do reviews, I'd be a much happier customer! We have been on contract with Paradise Restored for $250 per month since the summer of 2012. Have never been "happy" with the service, and had several bad experiences, but rather tolerated it. To their credit, they showed up every week (mostly) without me having to call. However, over the last year it has gotten so unacceptable that I made up my mind to cancel and find someone else. Our yard looks clearly worse than our neighbors and we had several incidences over the summer that required me or my wife contacting them to address a problem, instead of them alerting us to what was going on. When I originally contracted with them, I said I did not want to have to point out problems in that I was paying them to take care of our landscaping proactively. And they were one of the more expensive bids that we received. I also always detested having to "pay ahead" and being required to do automatic payments instead of being billed for work performed like most companies. In addition, our lawn was always mowed too short compared to what was best for it during the summer. This causes stress on the lawn which weakens the root system and requires more watering. Furthermore, when I inspect the grass blades, most of the ends are "shredded" rather than neatly cut which indicates bad maintenance of mowers and blades. The guys running the trimmers also have no idea of where the lawn is supposed to end and the beds start. Over the years, the lawn keeps getting smaller and the beds larger. This is quite obvious from where the sprinkler heads are. Pricilla (the maintenance manager) was dismissive and not responsive to my concerns. That was essentially the last straw to get me take on the pain of finding another company. The guys who come out know nothing. They are basically a "mow & blow" crew. I talked with them a couple times to ask about problems I noticed and they did not have any idea of what was wrong. So I am taking my money elsewhere! We had basically signed up for the full plan that included everything, but then I was usually told, "oh you need overseeing" (which is listed as included) or "it's an irrigation problem" (when irrigation monitoring was also supposed to be their responsibility). In addition, I end up doing the irrigation turn on (at the beginning of the season) and turn off (at the end of the season) despite it being written into the contract because when they did it, it usually wasn't done right. They basically only had one guy who knew what he was doing, and he wasn't usually the one to do it. So after being stuck with a large water bill (due to slow leak) I decided it was easier just to do it myself (which I resented). I think we've given the company plenty of "second chances" (and more!) They seem to be much more interested in doing hardscape installs than maintenance. I've included two photos of our lawn this summer. I was told the problem was an irrigation problem, but hopefully anyone who knows anything about lawns can tell this is not the case. No other explanation or "fix" was offered other than over seeding. John was always more responsive, but is onto other things. Micah we only saw twice for a landscape plan, but that is a whole other review (if I have the patience to write it), so I'm guessing he doesn't pay any attention to the maintenance portion of his business. I'm sure they will have a response somehow saying they tried working with me or that somehow I didn't let them know, but I think after 5 1/2 years of forking over money every month that enough is enough. Definitely didn't feel like I was treated like valuable and loyal client from the contact we had this last summer. Looking forward to finding a company that will provide better service and care for our landscape.

They really did do a great job. I researched them. I don't really have a need for their services now but if I did I would use them again. I felt really comfortable with the people there.

Description of Work
I had an overgrown back yard and they went in and cleaned it all up.

I chose Paradise Restored because Priscilla (the project manager) said she would take care of me. I told her I am not a gardener, I don't know anything about gardening - she said "no problem, we'll take care of you" - it didn't happen. 1. I said I know nothing about gardening: "don't worry, we'll leave you detailed instructions" - this didn't happen - I didn't get ANY instructions from anyone. 2. I said I don't know what plants or flowers to have: "I'll send you a list of what I'm thinking of, so you can approve them" - this didn't happen - we spoke about the plants/shrubs a couple of times and I never received a list. 3. When I asked about a maintenance contract: "I'll send you the information" - this didn't happen, I have no idea about their contracts. 4. When I sent pictures of a dead lawn less than 5 days after the work was complete - even though I had watered the lawn EVERY DAY, she said "you have to water for at least 15 minutes each day" - I said I'd been watering for about an hour each day - she then responded "my colleague told me you should be watering twice a day". 5. When I asked how she intends to fix the problem: "you can pay us $100 and we'll come and reseed it" 6. Even though she knew I wasn't happy with the work, even though I felt the work was incomplete, they still took the balance out of my account - without checking with me first - without sending me a final invoice to pay - they just took the over $2000 from my account - the first I knew of this was when I saw my monthly bill. No final invoice. No final approval for payment. They just took the money. I must say the work looked great when Pedro and his guys had finished. I sent Priscilla an email saying how great it looked - especially when they come back to finish the job. Within 5 days, however, the lawn was dead. I had assumed there was something wrong with the grass, since I had been watering for an hour each day, but when Pedro came back to finish the work, he said I should have been watering for an hour every night and every morning. If I had been told this, I would have done this. This whole situation has really upset me. I spent a lot of money on this project. I selected this company for the person I was dealing with and all the rave reviews on Angie's List. I should have known when Priscilla wasn't very responsive before the project started, that she wouldn't be very responsive after either - but every time we spoke, she kept assuring me that "I'll send you a list" "I'll send you our contract" "We'll leave you with detailed instructions after we're done". None of these things happened and now I have a dead lawn. And I have no idea what the plants/shrubs are supposed to look like - Priscilla said some look great in winter - all I see are green shrubs.