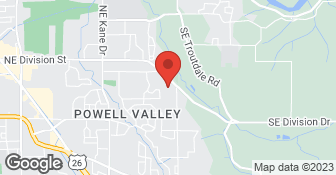 Owner operated. Cost is determined by the job....

thanks for visiting, give us a call or click for an estimate, today!  …

At Velazquez Painting & Construction we put quality and customer service first. Our highly trained and experienced craftsmen are dedicated to making sure that you, the Customer, are completely satisfied with your home or commercial project. It is our goal to gain you as a customer for life.  …

Description of Work
Wall removal including engineering resource and all permits

In fact, I had three different estimates and Bryan's was nip and tuck with another estimate, however I just like his style, he had done some work for a neighbor of ours and they complimented him. He was very forthright and I just felt comfortable with him being in our home. He referred me to a very good product. Skylight is not something you do everyday and so I did a lot of research so that when people referred me to companies that produce the skylight and I'm very comfortable with the products he chooses and the distributors that he does business with.

Description of Work
I used Bryan Dale Construction LLC, he did skylight installation.

He is pretty reasonable and he's on time. I have recommended him to other people.

Description of Work
I used Bryan Dale Construction to put on a new roof. He also did some exterior painting and he cleaned the gutters.

A contractor referral service sent 3 contractors to bid on this work. The other two contractors seemed professional, but not really interested in the misc. work outside of the roofing. That's understandable--the little things usually turn out to be a lot of horsing around for minimal profit--but we wanted someone who could take care of everything we needed. Bryan was knowledgeable, friendly, and willing to explain how he planned to approach the separate components of the project. Some of the work, such as the siding repair, was not practical to bid accurately before the work began, but he gave us a written explanation of his time-and -materials billing procedure, and a fixed-price quote for the bulk of the work. He listened and responded thoughtfully to our concerns. He found a local source for matching siding (we weren't sure that it would be readily available) to give us an accurate quote. The work was done when promised, as promised, to our complete satisfaction. They didn't leave a mess. Bryan kept us updated on progress, and asked questions when he wasn't sure the of the approach we might want to take. We walked the perimeter of the house together to ID the siding that needed to be replaced, so that we were in agreement about the scope before the work began. Several months later, we noticed a leak near our chimney. Our chimney sweep told us that the counter-flashing needed to be replaced, and suggested we call Bryan back, as sometimes that flashing is included in a roofing bid. (Roofers will always replace the step-flashing, but not always the counter-flashing.) Bryan called me back within a few hours. I wasn't able to return his call until a couple of days later, but he came by the house the day after I called (I wasn't home, but he left his card). I called him the next morning, and he came out before noon the same day. It turned out that replacement counter-flashing had not been included in our original contract, but he got up on the roof and caulked around the existing flashing to keep the rain out for the time being. We will probably have the chimney specialist replace the counter-flashing, as we need to have some other work done on the chimney, but we really appreciated Bryan's prompt and very helpful response--especially considering that the work in question had not been part of his contract.

I really appreciate the update on how satisfied of customers that you are. It is customers like you that keep my small family business alive with referrals. It is definitely nice to be appreciated.
5.0

Wonderful!! My house now looks like a million dollar home! He matched the stain perfectly (it looks even richer than the original). Dale even replaced some rotting and sagging trim, painted the decks on newly constructed balconies, and repainted my garage door. His crew was extremely respectful of the property, and I always came home to a clean area. What was once the eyesore of the neighborhood, I believe, is now the coolest house on the block! Dale is meticulous, professional, and thorough. Try to book him in the beginning of the year...he fills up quickly, and I had to wait 6 months from last year. A++++.

Description of Work
Bryan and his team applied a fresh coat of translucent stain to my 2-year cedar siding, both with roller and brush. They also painted the trim and gutters with latex. I also had them construct a 'box' around a downspout at my entryway to create a more pleasing aesthetic, and with a simple drawing that I provided, Dale executed it beautifully. My home is 3-stories high with a very treacherous, steep driveway. Dale's team worked with a lift, rather than dangerous ladders.

Bryan was knowledgeable and spent time with us fine tuning our design ideas. He was courteous and professional. We didn't end up using him because after waiting for a week for our estimate, he called to say he didn't have an estimate for us and we would have to go to an architect 1st to have the design drawn up. I guess the scope of the project put it out of his level of ability to even bid on unless we contact a 3rd party and submit plans for permits. We found a company that took care of all of that for us so we didn't have to hire a 3rd party. Otherwise, we really liked his style and would likely have used him and may in the future for other projects.

Description of Work
We wanted an estimate for rebuilding our deck with several distinct areas and roofs over them.

I AM A VERY HONEST BUSINESS MAN AND APPRECIATE CUSTOMERS INPUT, BUT I AM A SMALL COMPANY THAT HAS TO HIRE OUT MY DESIGNING AND ARCHITECTURE. THE SCOPE OF THIS PROJECT WAS NOT BEYOND MY ABILITIES AND IT IS MOST DEFINITELY MUCH EASIER TO BID ON PROJECTS WITH BLUEPRINTS. WHICH BY THE WAY ARE REQUIRED TO PULL PERMITS.
5.0

Very satisfied, reliable and reasonable. Came back to clean an overlooked corner, right away. Highly recommend them.

Was prompt in coming out to review work needed to be done, but lengthy delay in submitting a bid. They were mostly prompt in returning phone calls and helpful in advice. They spotted things that I should look into repairing. But, they did not use him since he suggested buying a replacement instead of attempting to fix. In all fairness, he said that it might save money in the long run.

Description of Work
I had my door repaired, fence rebuild and deck maintenance.

I BID THIS JOB OVER A YEAR AGO AND I SPECIFICALLY PASSED ON DOING THE CONSTRUCTION BECAUSE I TOOK ON 3 LARGE COMMERCIAL CONDO CONVERSION PROJECTS DURING THE MEANTIME. THIS HOMEOWNER WAS VERY INDECISIVE. TO PROMOTE MY BUSINESS, I SCHEDULE AS MUCH IN ADVANCE AS POSSIBLE AND TRY TO ASSIST CUSTOMERS WITH ALL OF THEIR QUESTIONS. SOMETIMES CUSTOMERS JUST REALLY DO NOT KNOW WHAT THEY WANT.
5.0

Bryan was very polite, and the work was done in a timely manner. The price was good for all the things that were done. He answer all my questions and concerns. He was very professional.